Arsenal travel to Swansea for a Premier League clash on Saturday afternoon. The Gunners need all three points in order to keep up with Chelsea at the top of the table but face a tough test against a team which has been something of a bogey side in recent years. 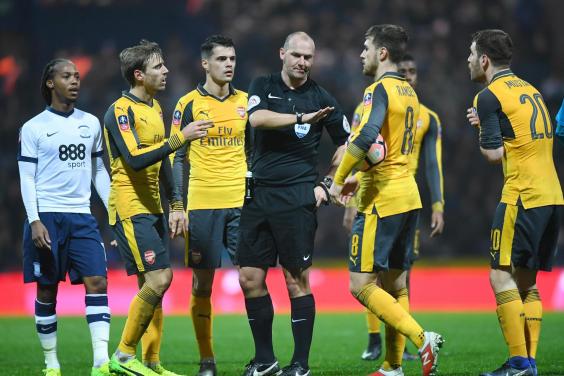 The Czech stopper sat out last week’s FA Cup clash with Preston but should return on Saturday. Petr Cech has kept two clean sheets in his last three matches and will be looking for another one against Swansea.

With Hector Bellerin still absent, Gabriel Paulista should come in at right-back. The Brazilian did well filling in for Shkodran Mustafi and performed well when doing the same for Bellerin earlier in the season at full-back.

Fresh from signing a new contract, Laurent Koscielny should come back into the centre of defence. The Frenchman has agreed to be at the emirates for the next three seasons and remains a key player.

The German should start alongside Koscielny. Shkodran Mustafi didn’t have the best of matches last time out but has had an extra week to recover from his injury and will be hoping to return to the form we saw before Christmas.

Nacho Monreal should continue at left-back. The Spaniard started last week against Preston but should keep his place over Kieran Gibbs.