A 98th-minute Alexis Sanchez penalty secured all three points for Arsenal in an extraordinary match at the Emirates. The Gunners took the lead through Shkodran Mustafi before going down to ten men and conceding a 93rd minute penalty of their own.

The game started fairly openly with both sides able to find their attacking players in dangerous areas. The first big chances of the game fell to Arsenal. Mesut Özil tested Tom Heaton from range before Alex Iwobi came close from the resulting corner.

Arsenal continued to push in the first-half and created a number of chances. Alexis Sanchez came closest for the home team but he curled a shot just wide after an impressive piece of work in the Burnley box.

Half-time came and went and the Gunners started the second 45 brightly. Arsenal took the game to the visitors and began creating chances. Alexis Sanchez came close with a powerful effort after cutting in from the left.

Arsenal were aggrieved a few minutes later when they weren’t awarded a penalty.Shkodran Mustafi seemed to be tripped in the box by Andre Gray but the referee waved play on. Mustafi had his revenge just a few minutes later. The German was unmarked from an Arsenal corner and glanced the ball into the far corner to make it 1-0.

The Gunners were set to see out the match before disaster struck. Granit Xhaka lost possession in midfield and his attempt to win it back came in the form of a two-footed tackle. The Swiss midfielder was shown a straight red card and the Gunners needed to settle things down.

Francis Coquelin was brought on and kept things calm until extra time started. Those seven added minutes provided weren’t exactly short of drama. Things started badly when the French midfielder left his foot in a tackle in his own penalty. The Burnley man went down and the referee pointed straight to the spot. Andre Gray knocked it past Petr Cech and the Emirates was in meltdown.

Arsene Wenger was sent to the stands after pushing the fourth official before things went crazy on the pitch. Alexis Sanchez put the ball in the box for Laurent Koscielny at the back post. Ben Mee raised his foot when challenging the Frenchman and, eventually, the referee pointed to the spot again.

Alexis Sanchez seemed to be the only man in the stadium to stay calm as he set the ball down on the spot. He chipped it down the middle to secure all three points for the Gunners with the last kick of the game. 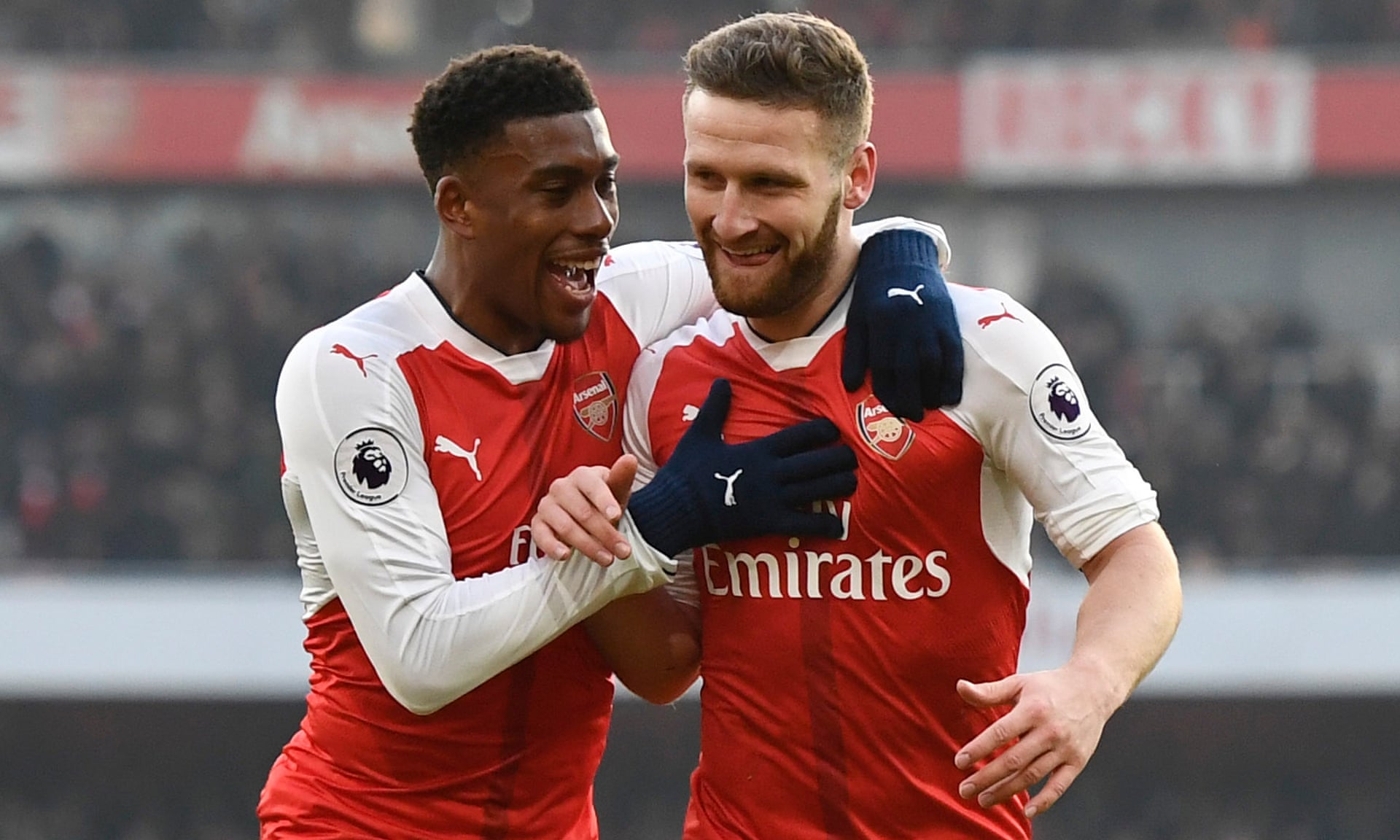 He had a good match. Petr Cech’s passing was limited for the most part after some high Burnley pressure but the Czech goalkeeper’s shot stopping and decision making was excellent.

He played well at right-back. Gabriel Paulista continues to impress as a stand-in for Hector Bellerin with a battling performance.

Shkodran Mustafi capped an impressive performance with his first Arsenal goal. The German was already having a good match before he made the breakthrough. Mustafi’s passing from deep is very important to this Arsenal team.

The Spaniard was impressive. Nacho Monreal was solid at the back but spent the majority of the game in Burnley’s half.