Arsenal travel to St Mary’s for a Fourth Round FA Cup tie with Southampton today and we expect Arsene Wenger to make a number of changes to his side. 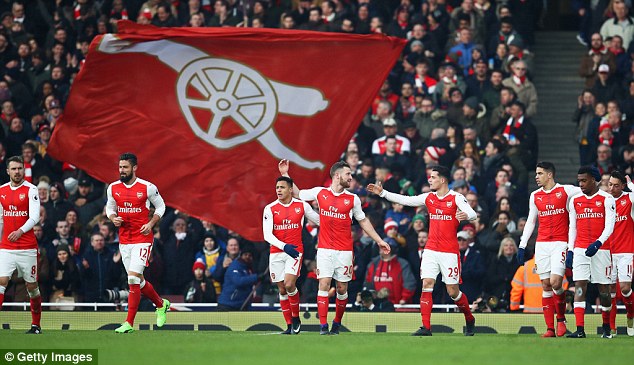 The Colombian should make a return to the starting lineup this evening. David Ospina has started all of Arsenal’s Champions League matches this season as well as taking to the field in the previous round against Preston.

The Spaniard should make his first start since returning from injury. Hector Bellerin needs time on the pitch and this FA Cup clash is the perfect opportunity.

Gabriel Paulista has been heavily involved in the Arsenal team of late and we expect that to continue. The defender has featured at right-back in Hector Bellerin’s absence but with the Spaniard’s return, we expect Gabriel to move to the centre this evening.

With his recent return from injury, we expect Shkodran Mustafi to feature against Southampton. The German got his first goal for the club last weekend and will be hoping for another. The match is probably too big to play Rob Holding.

He’s back in training and will also need time on the pitch. It’s a good opportunity for Kieran Gibbs to impress at left-back and he could well lead out the team as skipper.