Arsenal burst into the Fifth Round of the FA Cup after demolishing Southampton at St. Mary’s. Danny Welbeck scored a brace within the first 25 minutes of his first Arsenal start in eight months before helping Theo Walcott get the third. The Englishman later added a fourth and a fifth after substitute Alexis Sanchez laid it on a plate for him.

Arsenal created the first chance of the match early on. Theo Walcott led a counter attack and cut it back for the onrushing Jeff Reine-Adelaide whose stinging shot was blocked. The Frenchman began pulling the strings but it was Lucas Perez who created the opener. The Spaniard slid the ball into Danny Welbeck who took it in his stride before delicately chipping past the goalkeeper. An excellent finish to cap his first start for close to a year.

The Englishman didn’t have to wait long for his second either. Just over ten minutes later, Alex Oxlade-Chamberlain spotted his run from deep. The Ox’s long searching pass over the top was controlled excellently by Danny Welbeck who finished well again.

Danny Welbeck even had time to create another Arsenal goal. Lucas Perez helped pull the strings too, sliding in Welbeck with an excellent reverse pass. The former Manchester United man reached the byline before cutting it back for Theo Walcott to stab into an empty net. Southampton had a few decent passages of play but didn’t really threaten the Arsenal goal during the first-half.

The second-half started in much the same manner as the first. The Gunners continued to dominate with Danny Welbeck and Lucas Perez shining up front. Welbeck was eventually replaced by Alexis Sanchez and the Chilean wasted little time before making an impression. Sanchez reached the byline before cutting it back to Theo Walcott to sweep it home. 4-0.

The same combination combined a little later. Alexis Sanchez burst forward and bided his time, waiting for the pass. That pass came in the form of an onrushing Theo Walcott who latched onto the through ball to grab his hat-trick and make it 5-0. 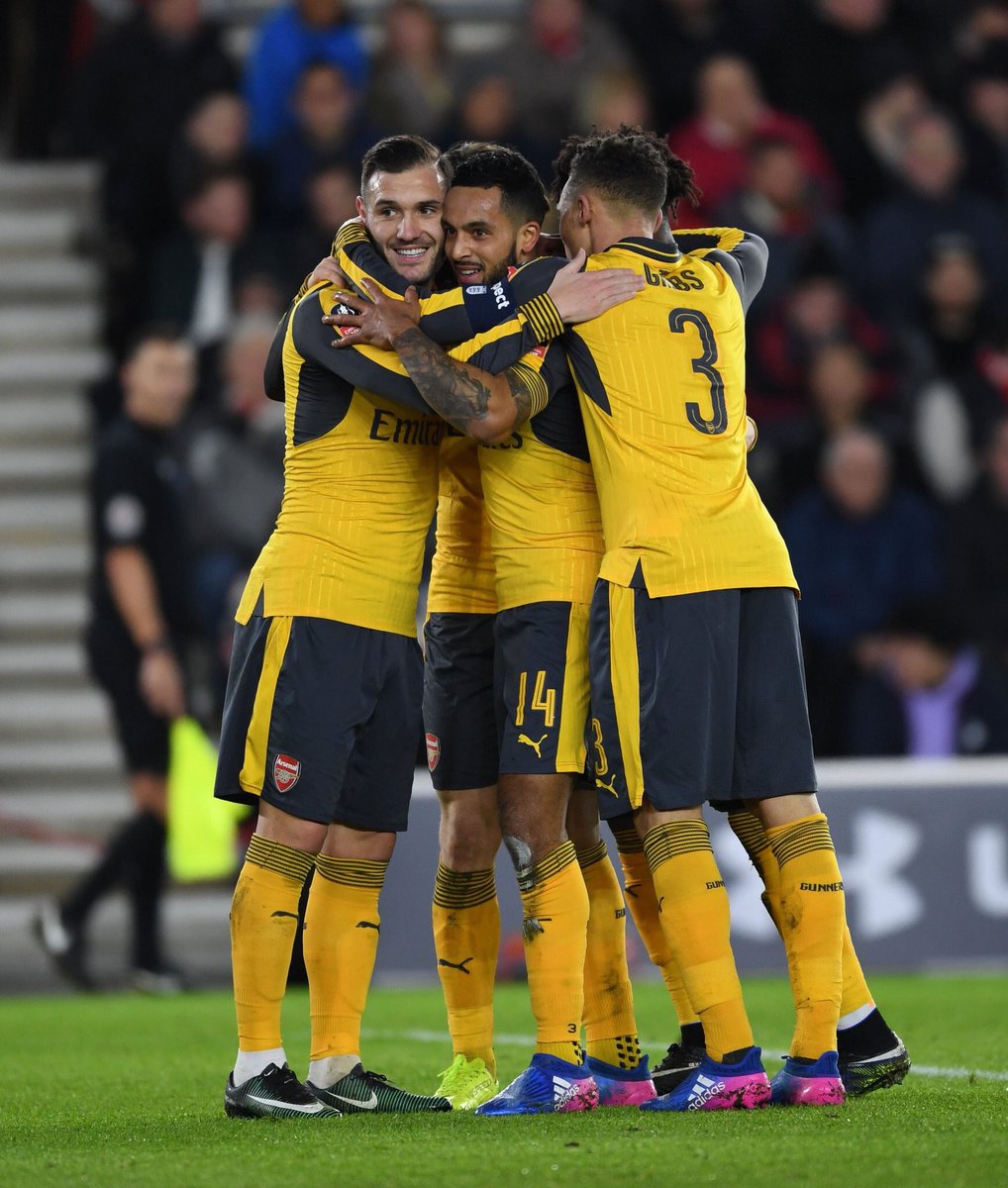 A solid performance from David Ospina, excusing a few moments of madness. The keeper didn’t have much to do in the way of shot-stopping but his handling was excellent today, something which can’t always be said of the Colombian.

A decent performance from Hector Bellerin. He’ll have tougher games this season but he attacked well and seemed sharp. It’s important that the Spaniard got 90 minutes on the pitch today.

A solid performance. Rob Holding was shielded well by his fellow defenders but was solid when called upon. Typically impressive on the ball, he helped keep Shane Long anonymous.

Shkodran Mustafi was solid too. The German shepherded a much-changed back four well. Mustafi also needed minutes on the pitch and can be pleased with his run out, barring a couple of mix-ups with David Ospina

The full-back captained Arsenal this evening and can be pleased with his performance. Kieran Gibbs will also have more difficult matches at full-back but attacked well.