Arsenal return to Premier League action this evening, taking on Watford at the Emirates. If results go the Gunners’ way then they could be just five points behind Chelsea before travelling to Stamford Bridge on Saturday. 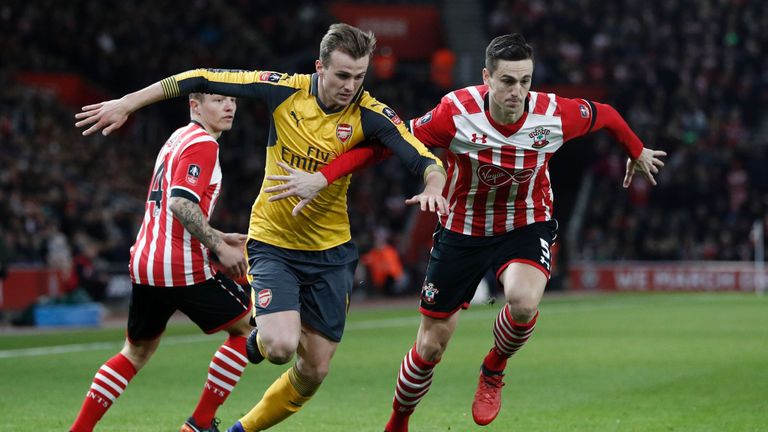 The Czech stopper will undoubtedly return to the starting lineup. Petr Cech missed out at the weekend with David Ospina filling in for the FA Cup tie. That should change this evening.

We think the Spaniard will keep his place in the back four. Hector Bellerin needs minutes on the pitch after his return from injury and there’s only one way to get them.

The Frenchman will undoubtedly start and captain the side tonight. Laurent Koscielny continues to impress for Arsenal this season and will want another clean sheet this evening.

Shkodran Mustafi is one of the few players who we think will keep their places in the team. The German looks match fit again now and will need a couple of big performances this week.

The Spaniard should win his place back from Kieran Gibbs. Nacho Monreal is back in form after a shaky start to the season and will probably feature in both matches this season.