Arsenal take on Chelsea at Stamford Bridge knowing that a defeat will all but end their title hopes. The Gunners will need to put Tuesday’s disappointment behind them and be just the third team to take Premier League points off the blues since September. 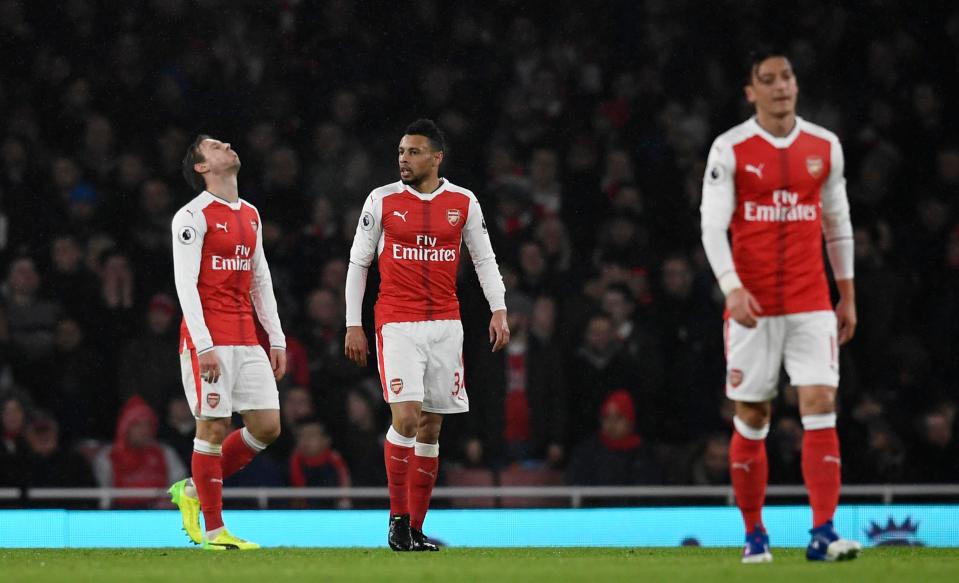 Despite the disappointment against Watford, we expect Arsene Wenger to keep things pretty much the same at the back. Petr Cech should start again in goals.

The one change we foresee in the back five is the introduction of Hector Bellerin. The Spaniard hasn’t started a Premier League match since picking up an ankle injury against AFC Bournemouth. Arsene Wenger is also probably slightly reluctant to put Gabriel Paulista on the same pitch as Diego Costa again.

Laurent Koscielny should start and skipper the side. He’s expertly shepherded Diego Costa in the previous fixture at the Emirates and will want a repeat performance.

Shkodran Mustafi should start again. The German also did an excellent job against Costa in the match at the Emirates but will face a tougher test.

The Spaniard is almost certainly going to start. Nacho Monreal was one of the few players able to finish the Watford match with a decent performance and will want much more against Chelsea.