A second half collapse saw Bayern Munich destroy Arsenal and all but assure the Gunners’ elimination from the Champions League. It’s a very familiar feeling for Arsenal fans as the pressure grows on both the players and manager.

Arsenal started the match very much on the back foot. The hosts dominated possession in the early stages as the Gunners sat back and welcomed pressure. The visitors actually started quite well but the good early work was undone by one lapse of concentration. Francis Coquelin took a step the wrong way and Bayern punished him.

After that, it seemed to be a case of how many would Bayern score? The hosts dominated possession but couldn’t really fashion anything in the way of a clear-cut chance. Arsenal actually came closest in the following minutes. Alexis Sanchez broke clear and was brought down on the edge of the box by Mats Hummels. Mesut Özil whipped the resulting free-kick into the arms of Manuel Neuer whose fumble was fortunate not to be seized upon.

Just a few minutes later and the Gunners were back in the match. Laurent Koscielny seized on a loose ball and was clearly caught by the high boot of Robert Lewandowski. The referee pointed straight to the spot and Alexis Sanchez, eventually, made it 1-1 at the third time of asking.

The visitors were buoyed and very nearly went into the break with a 2-1 lead. Mesut Özil had a chance from a narrow-angle but couldn’t find the power or direction to beat Manuel Neuer.

The second-half started extremely well for Arsenal. The visitors were entrenched in Bayern’s half but couldn’t fashion an opportunity before disaster struck. Captain Laurent Koscielny pulled up before limping off the field to be replaced by Gabriel Paulista. After that, Arsenal crumbled.

Robert Lewandowski rose above Shkodran Mustafi to head past David Ospina. The Gunners were rocked and there was a Laurent Koscielny-shaped hole in the centre of Arsenal’s defence just three minutes later. Lewandowski flicked it through to Thiago Alcantara to finish past Ospina.

Bayern were rampant and made it four just a few minutes later. Thiago once again took a shot but this time it was from the edge of the area. The ball made its way through a crowd of players before taking an unfortunate knick off Granit Xhaka and into the back of the net.

Bayern added a fifth late on after Alex Oxlade-Chamberlain gifted the home side possession. Thomas Muller cut inside a halfhearted tackle to find the net. 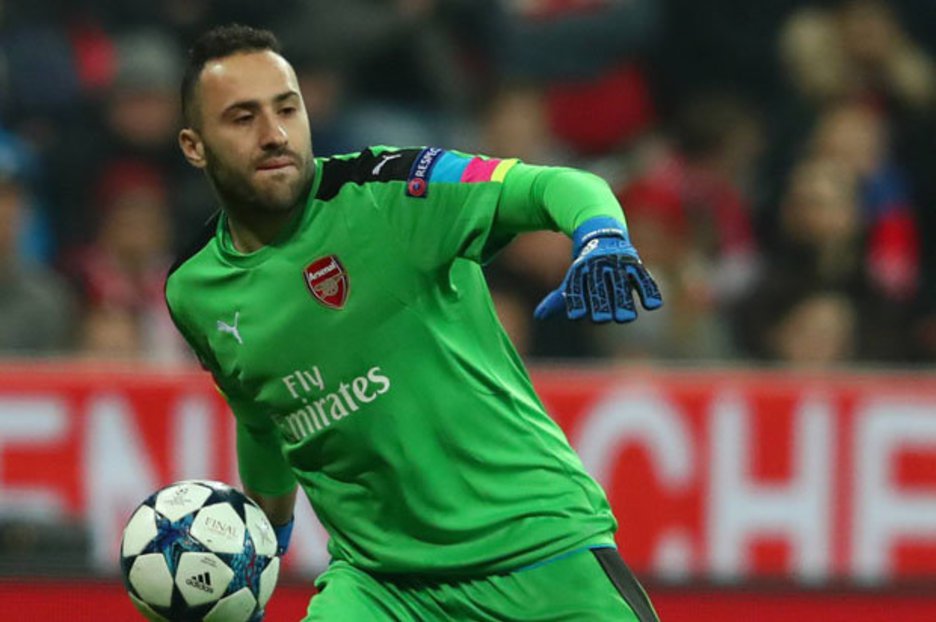 He made a couple of decent saves but it was a disappointing night for David Ospina. The Colombian could’ve done better for a number of the Bayern goals, particularly Lewandowski’s header to make it 2-1.

He was one of the better performing defenders. Hector Bellerin did well to nullify Bayern’s Douglas Costa on the right wing

The Arsenal skipper had a good first-half and it was a massive shame to see him leave the field. Laurent Koscielny shepherded Robert Lewandowski extremely well in the first 45 and Gunners fans will be hoping his injury isn’t too severe.

He had a poor 40 minutes. It must have been difficult for Gabriel Paulista to replace Laurent Koscielny in such a difficult match but he did not cope well. He was well out of position for the killer third Bayern goal.

The German was on course for a good performance before the second-half meltdown. Shkodran Mustafi did well tostop Robert Lewandowski in the first half but his final 45 minutes was a disaster

He was, along with Hector Bellerin, one of the better performing defenders. Kieran Gibbs did quite well against Arjen Robben in the first half but like a number of other players collapsed in the second.