Arsenal take on Chelsea on Sunday afternoon and we think Arsene Wenger will make nine changes to the side which beat FC Koln in midweek.

Cech will play against his former team.

Arsene Wenger revealed what he believes to be his strongest back three for the season and we can’t see that changing if possible.

Shkodran Mustafi will start at the centre of the back three.

The Spaniard is young and fit enough to play two games in four days.

There are some doubts about the Welshman’s fitness but Aaron Ramsey should be okay to start.

He will undoubtedly play after his excellent performances against FC Koln.

The German will start. 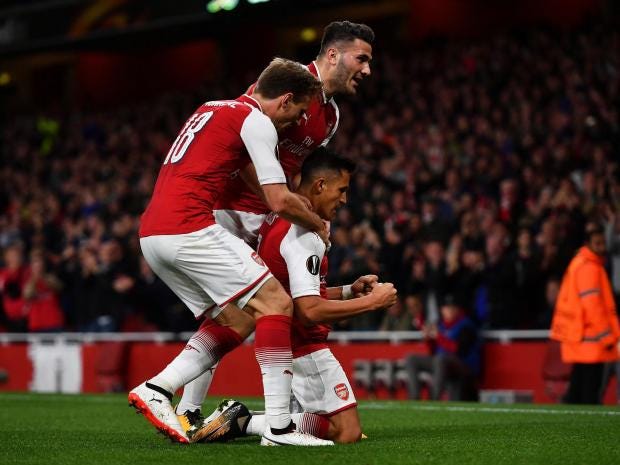 This is perhaps the biggest doubt for Arsene Wenger. Alexis Sanchez played 90 minutes on Thursday in his recuperation but after Danny Welbeck’s brace last weekend, it would be unfair to drop the Englishman.

Hopefully, Arsene Wenger has learnt his lesson from Liverpool and will start Alexandre Lacazette.