Arsenal have unveiled their new third kit during a Puma event in Australia with the club’s online release mainly focussing on Alexis Sanchez.

After the unveiling of the home and away kits, Arsenal’s launch of the third had a slightly more understated vibe.

The new strip was revealed during a small ceremony in Australia where the players are currently on the club’s pre-season tour.

Alexandre Lacazette, Olivier Giroud and Mesut Özil are just some of the players who modelled the shirt on Sydney Harbour.

Back in North London, Alexis Sanchez was the chosen model for the club’s online release with a couple of photos being posted online by the official site. 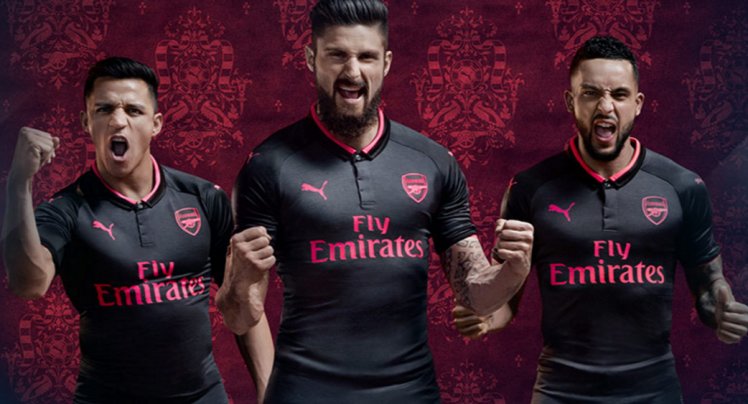 The kit is just the second predominantly black shirt in Arsenal’s history and the first to ever feature the colour pink.

It’s a good looking third kit for the Gunners. It’s unlike anything the club has ever worn and it’s good to see some originality in Arsenal’s kit choices. The black strip will, presumably, be mostly worn in cup competitions like the Europa League and League Cup.