Arsenal play their first match in the Europa League this evening with FC Koln travelling to the Emirates Stadium.

Arsene Wenger hinted a lot of changes to his starting lineup. Here’s what we think the Gunners will start with:

Ospina is the club’s cup goalkeeper and that should continue.

Rob Holding didn’t play on Saturday but should get some minutes this evening.

We think this match is an ideal opportunity to get Per Mertesacker back on the pitch in an Arsenal shirt. 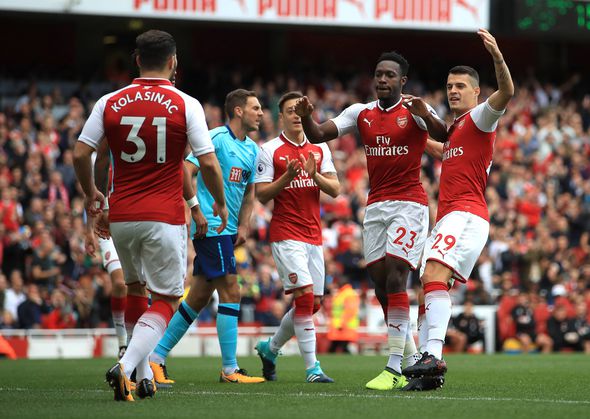 The German should play. Laurent Koscielny is suspended and Calum Chambers is set to play for the Under-23s on Friday.

After some incredible performances for the Arsenal Under-23s, it’s time Reiss Nelson got some minutes on the pitch. It’s not his favoured position but he played there in pre-season for the first-team. He could be replaced by Ainsley Maitland-Niles.

He will surely play.

Jack Wilshere is fit and ready to go. Let’s see what he’s got.

The Spaniard will probably play. The Gunners don’t have many options at left wing-back.

He will probably get his first start of the season in a fluid front three.

As will Olivier Giroud with a big match against Chelsea just a few days away.