Arsenal take on Lincoln City at the Emirates on Saturday for a place in the last eight of the FA Cup. We think Arsene Wenger will make a couple of changes to his starting lineup including the introduction of forgotten man Lucas Perez. 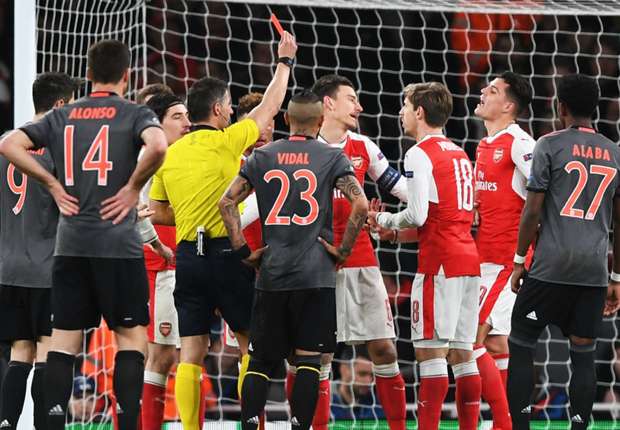 David Ospina has been Arsenal’s cup goalkeeper throughout this season and we don’t expect that to change. The Colombian should keep his place after featuring against Bayern Munich in the week.

We predict a much changed back four with Gabriel Paulista coming in at right-back. The Brazilian has played a number of matches in the position this season and we can think he can add another one on Saturday.

We think Rob Holding will come in for Laurent Koscielny. The French defender hasn’t played in any domestic cup matches this season while Holding has impressed with his composure and technical ability.

Shkodran Mustafi should keep his place in the centre of defence. The German has played every minute in the FA Cup this season and we think he’ll keep that run going.

We think Kieran Gibbs will come in for Nacho Monreal and captain the side against Lincoln. The left-back has put in a couple of impressive performance in the domestic cups and must enjoy wearing the armband.