Arsenal came back from behind twice to steal a point from Manchester City at the Emirates. Goals from Shkodran Mustafi and Theo Walcott cancelled out two first-half strikes from Leroy Sane and Sergio Aguero.

It’s fair to say the Gunners didn’t exactly had the ideal preparation for this crucial match. A string of defeats on the pitch and all the question marks off it would have made any match slightly daunting, let alone a tie against Guardiola’s Manchester City.

Arsenal did not start well. A long through ball from Kevin de Bruyne cut right through the Gunners defence and into the path of the onrushing Leroy Sane. The German raced past Hector Bellerin and rounded David Ospina to make it 1-0 within five minutes. It was almost 2-0 just a few minutes later. De Bruyne again was at the centre of things but the Belgian’s curling shot clipped the outside of David Ospina’s post. The Colombian got up quickly to save David Silva’s follow-up.

The game somewhat slowed after that. City began playing a longer passing game and Arsenal got back into it but they had to wait for their own breakthrough. Former Gunner Gael Clichy did his old side a favour by playing a couple of Arsenal players onside from a through ball. One of them was Theo Walcott who brought down and, eventually, found a way past Willy Caballero.

The home team weren’t in the game for very long, though. Just two minutes later and David Silva found some space on the edge of David Ospina’s goal. He slid in Sergio Aguero who did the rest to make it 2-1 City at the break.

Arsenal skipper Laurent Koscielny was substituted at the break with Brazilian Gabriel Paulista coming on. The Brazilian put in a good performance in the second half but it was his defensive partner to get the Gunners a point. Shkodran Mustafi rose higher than anyone to glance the ball into the far corner just before the hour mark.

There was little else in the way of chances for either team as the game gradually petered out. Both sides happy with a point. 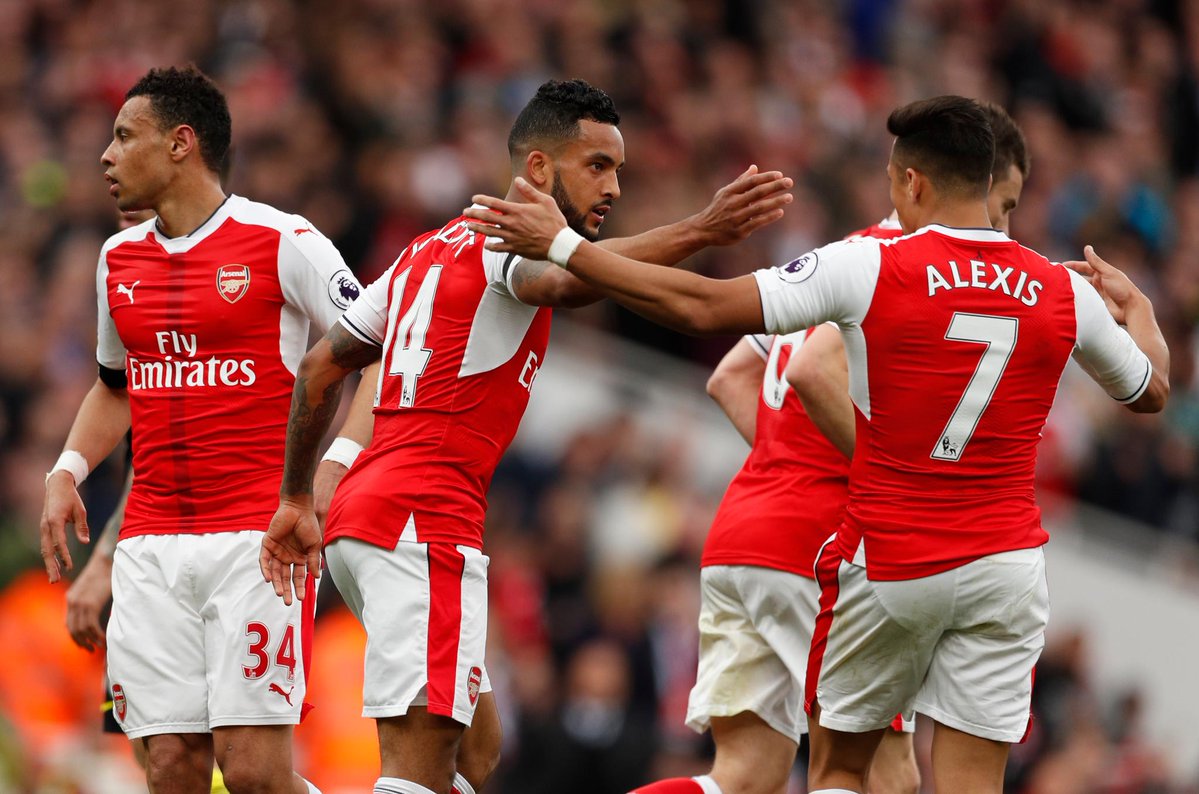 Made a couple of decent saves and it’s hard to blame him for either City goal. David Ospina did, however, drop a couple of crosses and made a number of wayward clearances.

He was tested by Leroy Sane today, particularly in the first-half. Much like the previous fixture in Manchester earlier in the season, the German seriously troubled Hector Bellerin at right-back. The Spaniard grew into the match defensively but didn’t really threaten City going forward.

It was disappointing to see Laurent Koscielny come off at half-time after picking up a knock. His first-half performance was decent, keeping Sergio Aguero reasonably quiet

It was a good performance from Gabriel Paulista. The Brazilian probably didn’t expect to play this afternoon and considering the way he came on and the opposition, he can be pleased. He was solid in the air and got into some very good defensive positions.

This was perhaps Shkodran Mustafi’s best performance against a top club. There haven’t been very many from the German but he played well. Mustafi took his goal extremely well and picked up his game after Koscielny’s substitute.

He had a tough afternoon. The City forwards seriously tested Nacho Monreal and he was caught out of position for the second City goal. The 31-year-old spent a lot of time in the opposition half but didn’t really threaten City.