After looking at goalkeepers yesterday, our attention now turns to the full-back positions as we continue to look in depth at the strengths and weaknesses of Arsenal’s squad.

In this new formation, the full-back positions are now perhaps the most important on the pitch but will the Gunners have enough in those areas?

Arsenal have a number of players in both full-back positions who could all be looking for first-team football. On the right, it seems to be a straight choice between Hector Bellerin and Alex Oxlade-Chamberlain in the new 3-4-2-1 formation but should things switch back to a 4-3-2-1 then the Spaniard will surely play. Behind them, the Gunners still have Carl Jenkinson and Mathieu Debuchy who will both surely be leaving the club this summer. 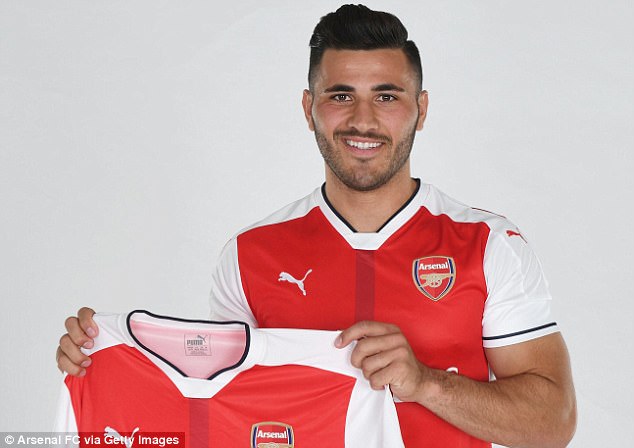 On the opposite flank, it appears to be a three-way battle right now. Kieran Gibbs fought a losing fight with Nacho Monreal for the left wing-back role last season and the arrival of Sead Kolasinac will surely make things worse for the Englishman. Gunners fans will be eager to see the new man involved.

Arsene Wenger will need to find out who his best players are in these new positions. Sead Kolasinac appears to be a far more attacking option than both Gibbs and Monreal and, of course, Alex Oxlade-Chamberlain is a wide midfielder.

The boss will also have to clear out some of the squad players in theses areas. Carl Jenkinson, Mathieu Debuchy and Kieran Gibbs will all have to be moved on, leaving the Gunners with two first-team players in either position. Providing, of course, both Alex Oxlade-Chamberlain and Hector Bellerin stay at the club this summer.

It looks likely. The club seems more and more confident that Hector Bellerin will stay and contract talks are reportedly ongoing with Alex Oxlade-Chamberlain.

As for the outgoings, a number of sides are reportedly interested in Kieran Gibbs and a suitor will surely be found for Carl Jenkinson. As for, Mathieu Debuchy, we can only wait and see.

Arsenal are set in this position for a number of years. Providing Sead Kolasinac settles well and both Alex Oxalde-Chamberlain and Hector Bellerin continue to develop, the Gunners will have quality full-backs for several years to come.

Arsenal Squad Overview: Goalkeeper – Who Stays And Who Goes Out Of Szczesny, Ospina And Cech?