It’s the opening match of the season and Arsenal face off against Liverpool with a host of first team players missing. There is a slight defensive crisis which could call for some changes from Arsene Wenger. 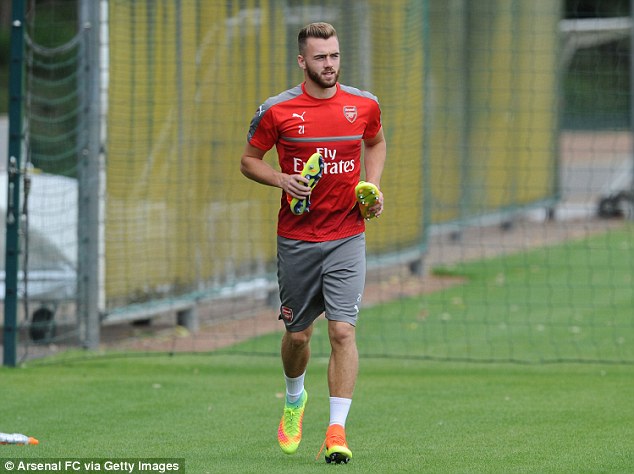 The Czech goalkeeper is undoubtedly Arsenal’s best option between the sticks and will take to the field if fit. He got 90 minutes against Manchester City last Sunday and made a number of impressive saves. Here’s hoping that Petr Cech performs better on this season’s opener than he did last year against West Ham United.

The young Spaniard will begin 2016-17 as Arsenal’s first choice right back and should stay there for the duration of the season. He impressed during pre-season and should keep his place.

Calum Chambers is the most experienced centre back Arsenal can pick from and Wenger will probably go with the former Southampton man.

It wouldn’t be surprising if The Boss elected to play Nacho Monreal as a centre back rather than throw new singing Rob Holding in at the deep end. The Spaniard has played there a number of times in recent seasons and has always looked solid.

With Monreal in the centre we expect Kieran Gibbs to come in at wing back. The Englishman didn’t have the best of seasons last year but looked good whenever he played during the summer.

Where Arsenal would have finished in the league without VAR