Almost every Arsenal supporter and most followers of football were aware of how seismic a shift it was when Arséne Wenger opted for a back 3 against Middlesbrough on Monday night. Le Professeur is loath to change formations in general, and he has not done so in the middle of a season since he first joined the club in 1996. Is this a one-off attempt to stop the rot or a sign of things to come?

The last time Arséne switched the starting shape at all was in pre-season for 2009/10; he became convinced that, based on the performance of the team the previous year, the 4-4-2 he had hitherto sent out for more than a decade, was no longer capable of regularly achieving positive results. 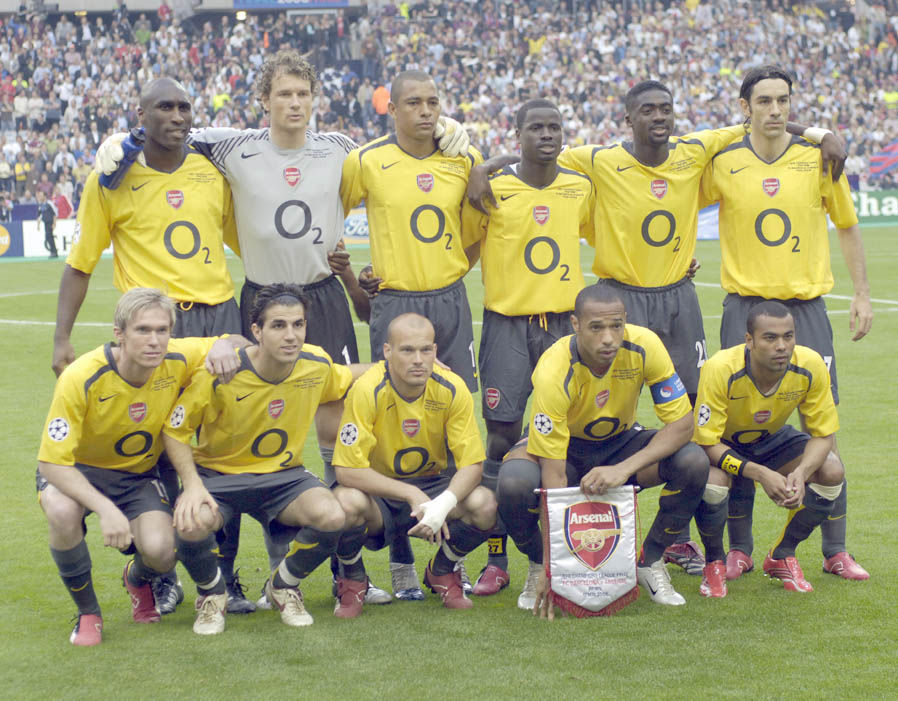 The only other time that Wenger dramatically altered the team structure was during the famous Champions League run of 2005/06; in order to protect a makeshift back 4 of Flamini, Senderos, Touré and Eboue, he went for a 4-5-1 that would get offer greater defensive solidity while relying almost entirely on Henry’s pace and ability to carry the goal threat.

Interestingly, when Wenger arrived, the Gunners were playing with 3 at the back. In his autobiography ‘Addicted’, co-authored with Ian Ridley, Tony Adams wrote of his reaction when Arséne strode into the Arsenal dressing room at half-time and ordered the players to switch into a back 4: “A lot of my old angry thinking was resurfacing…What does this Frenchman know about football? He wears glasses and looks more like a schoolteacher” (via sportsjoe.ie). 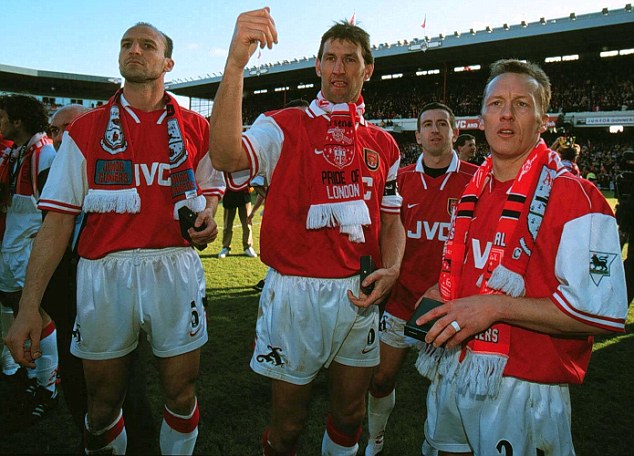 Arsenal had lined out that day against Borussia Mönchengladbach with Messrs Adams, Bould and Linighan at the base of the defence, while Winterburn and Keown operated as wing-backs. At the time of Wenger’s intervention, the score was 1-1…but Mönchengladbach went on to win 3-2 on the night, and 6-4 on aggregate (via 11v11).

Despite this setback, the new boss persisted with the transition, and the following season Arséne’s side won the ‘Double’ while almost invariably deploying a conventional back 4. ‘Almost invariably’, because there was one significant game in which the Arsenal defence was forced to adapt to circumstances: at home in November against Manchester United, Vieira managed to injure himself while celebrating his long-range strike, and so the Gunners went to 3 at the back. Until Monday, this was the last major occurrence of an Arsenal side featuring an orthodox back 3.

Given Wenger’s reluctance to change his system, it was always going to be an extraordinary situation that would prompt such a move and so it proved; four straight away defeats in the Premier League motivated him to go for a defence that would hopefully exude greater stability and strength.

At the Riverside, Koscielny was responsible for the pivotal base of the trio, while Gabriel patrolled his right and Holding his left. Monreal moved only a little further forward from his regular position to left wing-back. Alex Oxlade-Chamberlain played at right wing-back for the first time in his Arsenal career, and his unfamiliarity with the role showed as he earned a booking after only 3 minutes. 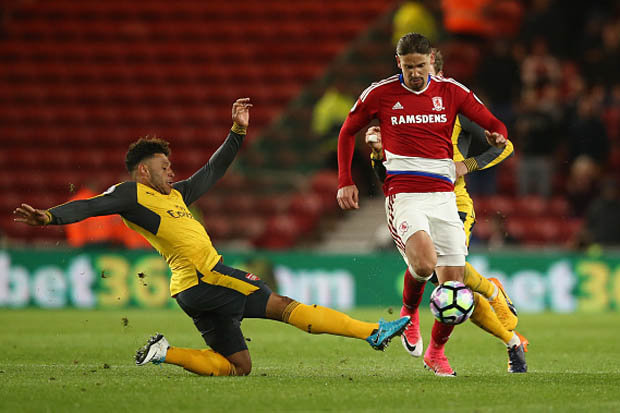 Nonetheless, Arséne Wenger’s new-look side won the 3 points. The Ox grew into the game and, along with Holding, looked particularly impressive over the 90 minutes. The midfield trio of Ramsey, Xhaka and Özil were extremely composed in possession, with each achieving a passing completion rate of over 90% (via @7amkickoff). However, the defence was exposed on frequent occasions, particularly in the air where a side with greater acumen than Middlesbrough would surely have punished the Gunners more ruthlessly.

The defending for the equaliser encapsulated the weaknesses, as Monreal allowed Downing to travel without challenge for far too long before letting the Boro player inside to cross with his favoured left foot. The fact that none of Arsenal’s 3 centre-backs were able to challenge Negredo for the header also presents a worrying picture. 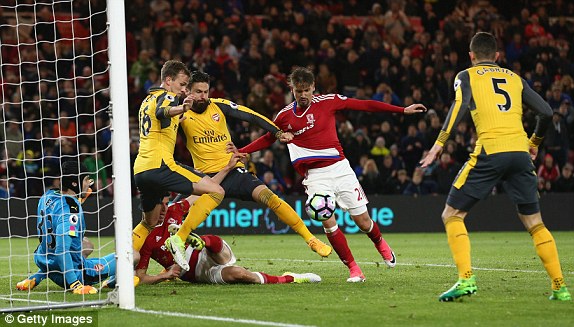 What now for Manchester City on Saturday? A ground-out victory against a poor Middlesbrough team does not offer much in the way of analysis in terms of what will work against much, much more impressive opposition. Even so, the morale boost that the victory brought cannot be underestimated.

Arséne has put himself in a bind: Having done something so out of character and been rewarded for it, it would be extraordinarily brave to go back to his preferred system after just 1 game. Whatever decision he makes, there will be no place for him to hide should the team be destroyed in the FA Cup Semi-Final. Having broken the habit of a lifetime to select three central defenders, I believe that he will persist with it until the end of the season. The only change likely is possibly Bellerin, there’s no chance of Mustafi featuring due to injury. Gabriel and Holding will likely start once more, while either Ramsey or Oxlade-Chamberlain could drop out of the starting 11 in order to accommodate Bellerin.

Given the haphazard nature of the performance against Boro, it would be preferable for Arsenal to play with the formation they are more comfortable with…but I don’t think le Boss will go for that. He will see the lift that the win gave the players on Monday, and will choose to stick with the formation in the hopes that this fresh approach will carry the day. Wenger has always been a big believer in mentality, after all.

Let us know what you think in the comments. 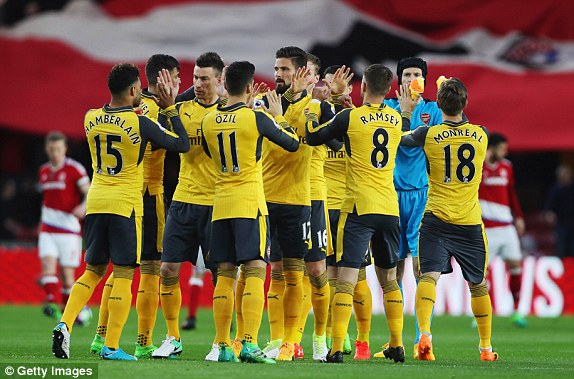