Arsenal travel to take on Stoke City on Saturday evening and we think a few changes are in store for the starting lineup.

Arsenal travel to Stoke City on Saturday evening, a place which has been a difficult place to go in the last decade.

Arsene Wenger’s men will be given some optimism from last season’s match. The Gunners won 4-1 just three months ago thanks to goals from Mesut Özil, Alexis Sanchez and a brace from Olivier Giroud.

Sanchez may not be fit to start tomorrow but here’s how we think the team will line up without him:

We think Rob Holding will start. Arsene Wenger discussed the importance of youth several weeks ago and that won’t change anytime soon.

After his return to the squad, we think Shkodran Mustafi will come straight into the Arsenal squad.

Nacho Monreal didn’t have the best of matches against Leicester City but he should still start.

We think Alex Oxlade-Chamberlain will start ahead of Hector Bellerin at right wing-back after his performance last week.

Granit Xhaka will undoubtedly start in the centre. 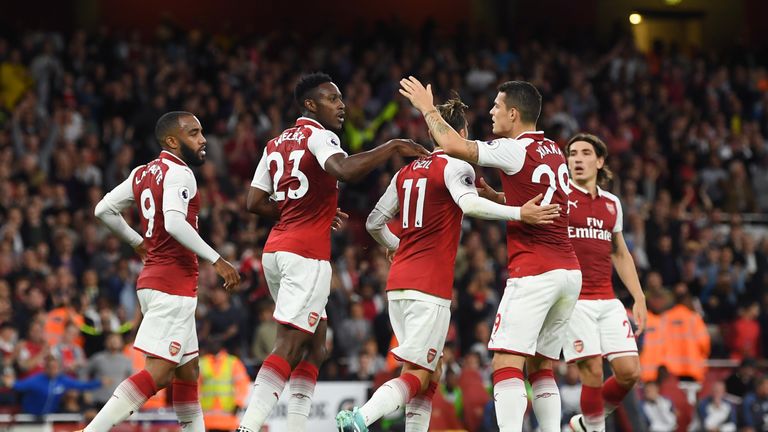 We think it’s time to put Sead Kolasinac back into his favoured left wing-back slot.

The German will undoubtedly start. We think Danny Welbeck will keep his place after his goal and impressive performance against Leicester.