Santi Cazorla is expected back at London Colney on Thursday after his nightmare 18-month injury layoff (via Football London).

Arsene Wenger called it the worst injury he has ever seen in his long managerial career but it seems that it has finally come to an end.

Santi Cazorla hasn’t played football for 18 months since the seemingly innocuous problem he picked up in October 2016 developed into something much worse.

The Spaniard was spotted on the Emirates pitch last Thursday undergoing some light training and now, he will reportedly return to full training later this week.

“I’ve still got some way to go,” the Spaniard said in an interview. “Because after being sidelined for 18 months, everything has to be done in its own time.

“But the sensations I have keep getting better and I’m feeling optimist about the future.

“The objective is to play some part with the team before the season ends, but we have to take things carefully.”

Cazorla picked up the injury during the 6-0 win over Ludogorets in the Champions League group stage in 2016.

“After being out for so long it will take a while to get back into form, it’s a real struggle, but when you have been out like I have, you also notice pains elsewhere – apart from what I’ve had with my tendon. 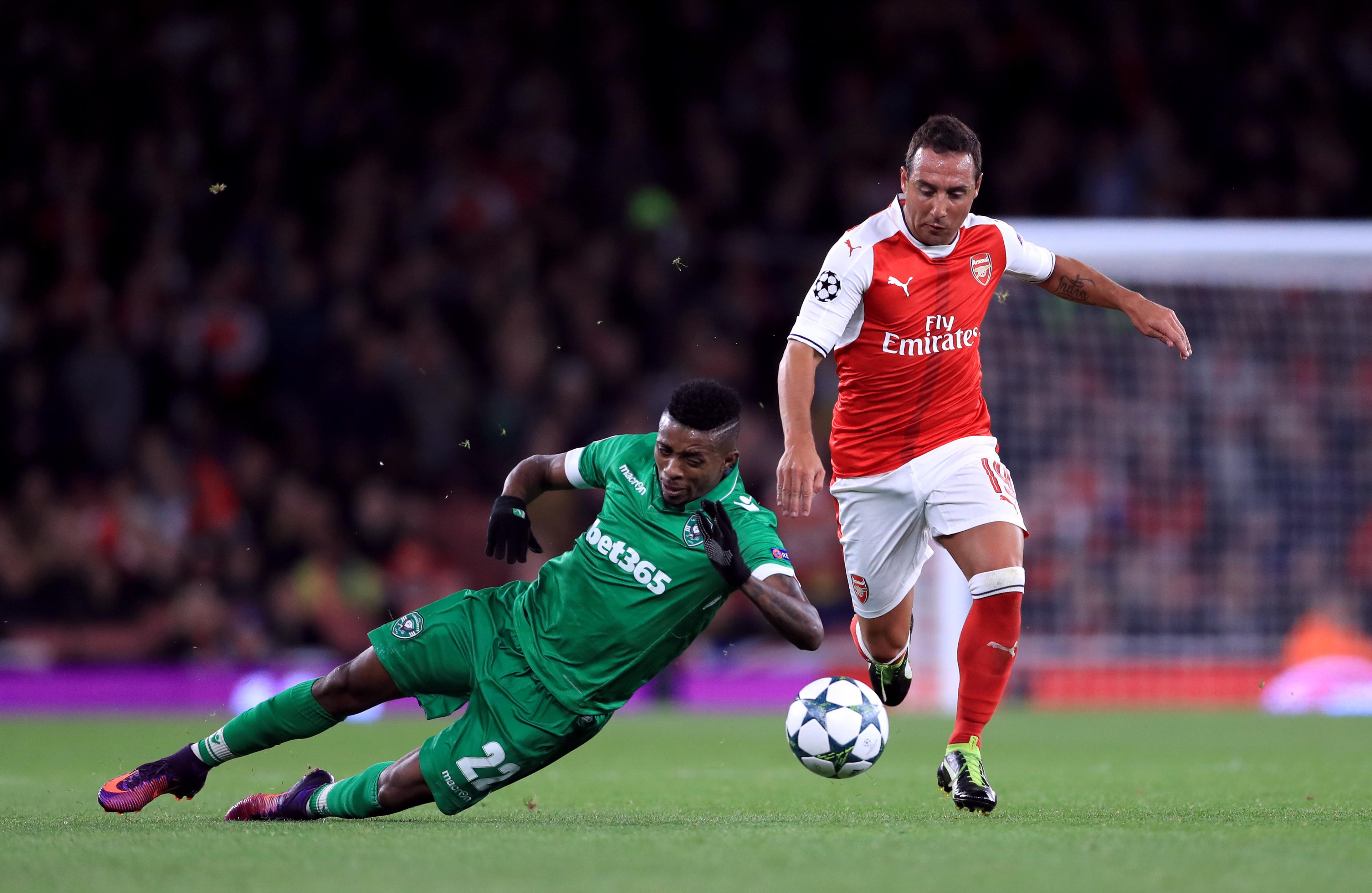 “But all of that must mean that I am doing things right, and I hope to be back as soon as possible.”

Cazorla’s return could come at a time when Arsene Wenger is doing the opposite. Wenger brought the midfielder to the club back in 2012 and Cazorla wants his manager to leave on a high.

“I hope the club gives him a good send-off. He has given his life to Arsenal. He has made his decision and I hope whoever comes in has all the luck in the world.

“England is second to none when it comes to valuing the work of people who have dedicated their lives to a football club, you could see that in the reception he got at Old Trafford.”

It’s fantastic news that Santi Cazorla is returning to training this week. The Spaniard has endured a hellish injury so to see him return from it is brilliant. It’s unclear whether he will be the same player he once was but we’ll surely see in the next few weeks. Let’s hope both he and Per Mertesacker can get onto the pitch before the season is over.