Apt though it would have been, given our most recent opponents, to recall the first league defeat at our new stadium 10 years ago, the memory of that extraordinary game – in which the Arsenal somehow failed to score despite 30 shots on goal – was too bitter to contemplate. Instead, the anniversary remembered is that of a more victorious variety; the top-of-the-table clash between the Gunners and Huddersfield Town in 1934. This was the first meeting between the sides since the untimely death in January of managerial legend Herbert Chapman, a man beloved by both clubs (via 11v11).

Joe Shaw took the reigns for the remainder of the season. Understandably, the shock of Chapman’s demise hit the players hard, and after a creditable draw against Sheffield Wednesday – on the day of his passing – the Arsenal lost 3 games in a row. Despite this run, the Gunners still managed to be 2 points clear by the time Clem Stephenson’s Huddersfield arrived at Highbury. The stage was set for a titanic battle: Win, and the visitors would go level with the Arsenal. Win handsomely, and they could even overtake their hosts on Goal Average (via Statto). 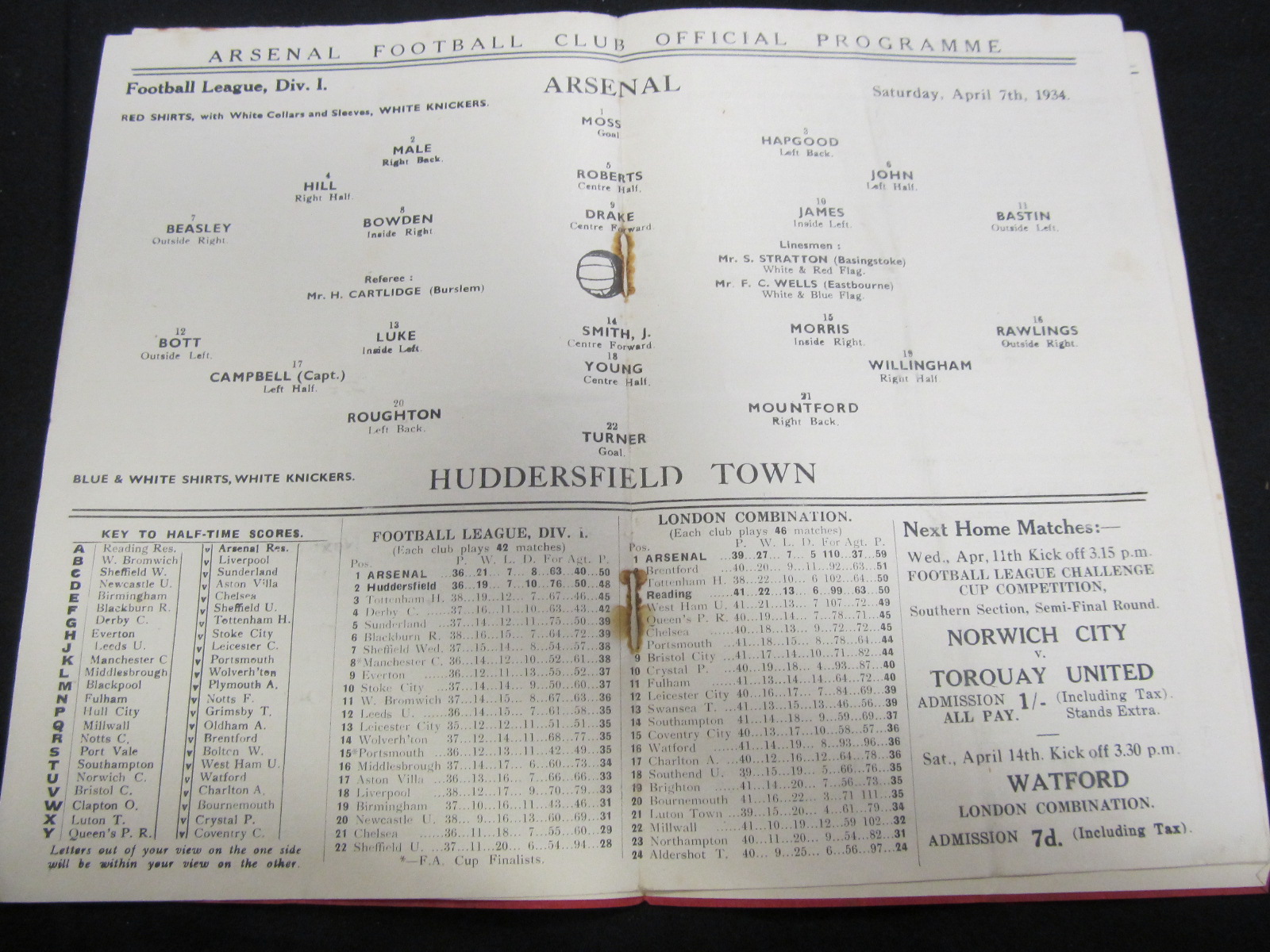 55,930 came to witness the clash, and they were not disappointed. Boosted by the presence of their first-choice backline for the first time since February, the Arsenal put Huddersfield to the sword: Ted Drake, Pat Beasley and Ray Bowden all netted, while keeper Frank Moss was only beaten once in reply. The result left the Gunners 4 points clear with just 5 games to play and – arguably just as important – demoralised a Huddersfield side that now needed a a miracle of sorts to catch up. A second consecutive title was in the Arsenal sights, and the only shame was that Chapman would not be there to see it (via The History of Arsenal).

Gunning Down The Years: 3rd May

Gunning Down The Years: 2nd May

Gunning Down The Years: 28th April

Gunning Down The Years: 25th April

Gunning Down The Years: 18th April