Arsenal take on Everton later this evening and Arsene Wenger will have to make at least one change to the team which got past Stoke on the weekend. Shkodran Mustafi is ruled out of the match and will need to be replaced in the centre of defence.

The Gunners need to win this one, here’s how we think they’ll line up. 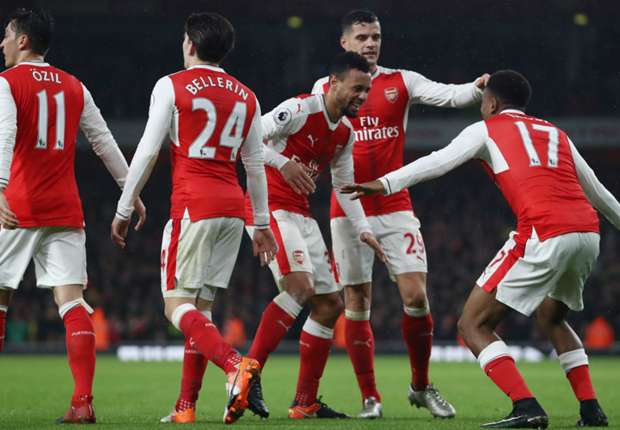 Petr Cech should start in goals. The Czech stopper hasn’t missed a single minute in the Premier League this season and we expect that to continue.

Hector Bellerin made his comeback from injury on the weekend and impressed immensely during his cameo. With the injury to Shkodran Mustafi, we expect the Spaniard to start from the off against Everton.

Laurent Koscielny will need a big performance this evening. Playing without his regular partner will test the Frenchman, particularly in a tough away match.

We expect Gabriel Paulista to come in at centre-back. The Brazilian has been playing at right-back in recent weeks but moved into the centre on the weekend and put in a good performance.

Nacho Monreal should keep his place in the Arsenal backline. Kieran Gibbs is close to displacing the Spaniard at left-back and there isn’t much difference between the two players.