A new season in the football calendar should bring optimism but few Arsenal supporters feel this way right now. Despite the belief over the weekend that Arsene Wenger would soon call time on his Arsenal career, new reports suggest that he could remain in charge for another season. With the current form, the atmosphere around the club and the future of some of the players in serious doubt, next season with Wenger is a daunting prospect.

The future of Arsene Wenger is the only thing Arsenal fans can discuss at this moment and rightly so. The 67-year-old has been in charge of the Gunners for over 21 years and is undoubtedly one of the most significant figures in the club’s history. However, the failures of this season have been eerily familiar. The problems have been fuelled by the disastrous recent form. Arsenal have lost six of their last nine matches, it took them 48 to rack up the previous six. The key men on the pitch are either refusing to sign new contracts or simply not performing and the form and attitude of a number of fringe players are a cause for concern as well.

It seems unlikely that Mesut Özil and Alexis Sanchez will stay at the club as things stand. While no player is bigger than the club, the loss of those two would make the club a little bit smaller. A fall in revenue without Champions League football and the diminishing pedigree of the club in world football will mean that their replacements won’t be on the same level.

Things seem to be getting worse as the Gunners are left behind by the long-term planning of their Premier League rivals. Despite all of this, there are growing reports that Arsene Wenger will sign a new one-year contract extension and if that is indeed the case then next season will be a painful one.

There’s very little to suggest that things will turn around by August and for many, the season would just be a countdown until Wenger leaves and the club can move on. For that reason alone, 2017-18 seems almost pointless.

Another season under Wenger won’t damage his reputation. His legacy at Arsenal is, in many ways, the Emirates Stadium itself given how big an impact he personally had in the project. However, another year under the Frenchman’s reign will, as things stand, hurt the club itself. It’s naive to hope that the repeated mistakes at Arsenal will somehow go away if things remain the same.

I don’t doubt that in twenty years we’ll look back upon Arsene Wenger’s time in charge of the club with enormous admiration. At first, he was a revolutionary but became a steadying influence throughout turbulent times for Arsenal both on and off the pitch. He’s the most successful manager in the club’s history but will his 2017-18 team be anything other than a footnote? 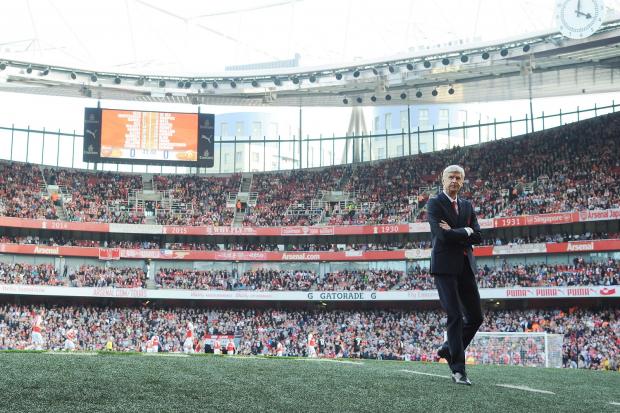 It’s terribly sad but it seems almost impossible that Arsene Wenger’s career at Arsenal will get the fairytale ending it deserves and for the sake of the club, he can’t try and write it next season.