Arsenal take on Newcastle United at the Emirates later today and here’s how we think the Gunners will line up.

It’s a big match for Arsene Wenger and Arsenal who will be looking to get back to winning ways in the Premier League after three consecutive games without three points.

We think Arsene Wenger will start with a back four meaning Hector Bellerin will play at right-back.

Shkodran Mustafi will be fit for the Gunners and we think he will displace Nacho Monreal and start in a back four.

He should play after being rested in midweek.

We think Wenger will give Francis Coquelin a start in midfield.

Jack Wilshere could be deployed in a more offensive role. 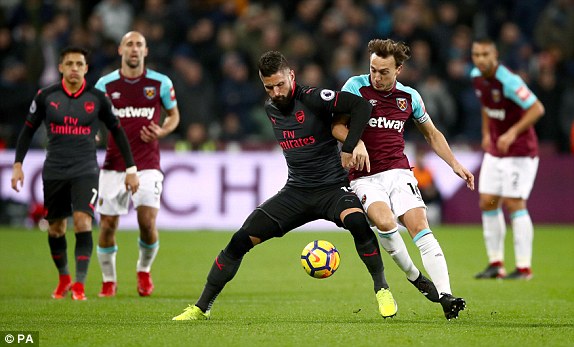 After starting on the bench in midweek, Alexandre Lacazette will surely be given a place up front later today.