Arsenal take on Reading at the Emirates in the Fourth Round of the EFL Cup later this evening. The Gunners are unbeaten in twelve matches but go into the match still carrying the disappointment of Saturday’s draw against Middlesbrough.

Arsenal are in excellent form going into the match with seven wins from their last eight matches. The Gunners came out with a 4-0 win over Nottingham Forest in the last round thanks to goals from Granit Xhaka, Alex Oxlade-Chamberlain and a double from Lucas Perez. It’s the first time the London side have actually reached the Fourth Round of the League Cup in the last three seasons.

The visitors meanwhile are a little more of a mixed bag. The Royals currently sit in eighth place in the Championship table after a good run of form in September. They’ve slipped of late and have won just one of their last five matches in the league. Reading have got to this stage thanks to wins over Plymouth, MK Dons and Brighton in the last round.

Arsene Wenger’s pre-match preparation was somewhat disrupted by the annual AGM meeting at the Emirates. The Gunners boss sat alongside Ivan Gazidis and Stan Kroenke for the conversation with supporters and shareholders.

“I believe the team has the commitment, togetherness, unity, desire and hunger and we have a good chance to compete for the Premier League,” Wenger told the audience before turning his attentions to tonight’s match. 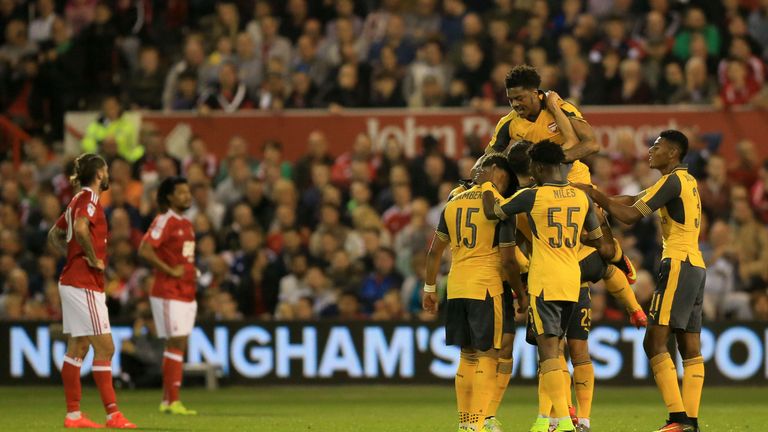 “Our challenge is to compete for absolutely everything, starting tomorrow in the League Cup.

“I believe we have a squad that is more mature and better equipped to face all the challenges we have.”

“It’s always tense with them and always passionate and you would expect that again but I am confident that we are focused and will want to respond after our 0-0 (against Middlesbrough) on Saturday.”

Reading are managed by a familiar face. Former Manchester United defender Jaap Stam is the Royals boss and seemed excited about the match in his pre-match press conference and is predicting an exciting game.

“We like to attack by playing possession football and that’s what they want to do as well,” The Royals boss told GetReading. 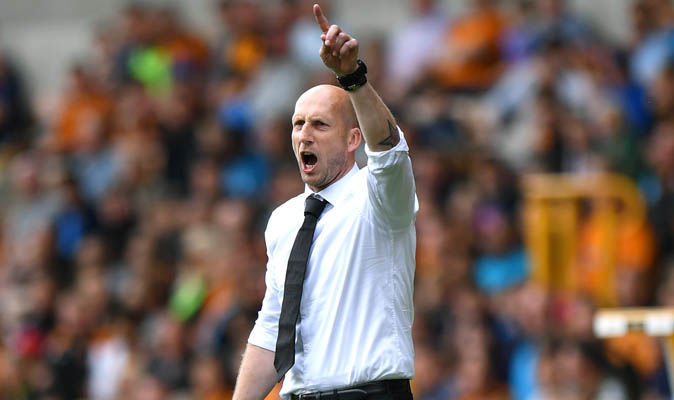 “It’s always nice when two teams who play like that play against each other because things might open up.

However, Stam was under no illusions over how tough a tie it will be for his side.

“The only thing is they have got a quality squad, we know it’s going to be a difficult evening – but we will give it our best shot.

“I’ve played for smaller teams against very big teams before and we made it hard for them and even won some of those games.

“So we’ve got nothing to lose. We will be trying to get a result – we’re all looking forward to it.”

“Sometimes before the game, you think it will be very hard, you think you won’t be able to play the style you want, but then when you’re on the pitch you might get the feeling that you can still play your own game.

Arsene Wenger is expected to name a side with a mixture of youth and experience for the match at the Emirates. Jeff Reine-Adelaide and Ainsley Maitland-Niles should start while a couple of other players are set for a return to the lineup.

Carl Jenkinson and Olivier Giroud have both been out of action for some time but the pair could play from the off against the Royals. Jenkinson hasn’t played for the Arsenal first team since 2014 and will undoubtedly relish the fixture.

The Gunners, however, will be without midfielders Aaron Ramsey and Santi Cazorla for the fixture.

We expect both Carl Jenkinson and Olivier Giroud to start from the off in a pretty similar side to the one which got past Nottingham Forest in the previous round. Kieran Gibbs will captain the Gunners while there should be starting spots for Rob Holding, Alex Iwobi and Lucas Perez.