Arsenal take on Everton at Goodison Park later this afternoon and the Gunners will be looking to get back to winning ways in the Premier League.

It’s Arsenal v Everton in the Premier League, a clash between two sides desperately in need of a win. The Gunners have failed to take three points from an away match in the league this term while the Toffees have won just one of their last seven Premier League matches.

The pressure is mounting on two managers who will both be in desperate need of three points.

Arsene Wenger will welcome back his Premier League squad after the midweek European tie but expect some returning faces. Alexis Sanchez, Laurent Koscielny and Aaron Ramsey are all set to return to the Gunners starting lineup.

For the home side, Morgan Schneiderlin limped off the field in Everton’s midweek Europa League tie which could allow James McCarthy a route back into the team. Wayne Rooney, Phil Jagielka and Leighton Baines are all expected to feature after being rested in midweek.

Arsenal are the odds-on favourites for the match, you’ll get best-priced odds of 19/20 for the Gunners. An Everton win is out at 69/20 with a draw at 25/9. Arsenal have kept just one clean sheet in their last four trips to Goodison Park and you can get a 1-1 draw for 34/5. 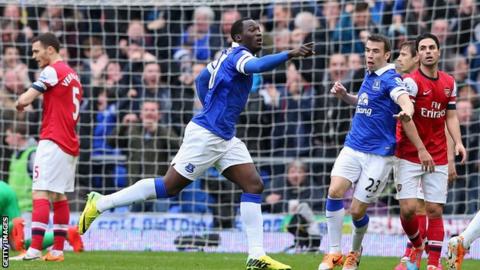