It’s game three of the Premier League season and Arsenal desperately need to get three points on the board. The Gunners are already 5 points behind the Manchester clubs and need to secure a win away at Watford today.

Arsenal have won all six of the Premier League meetings between the two sides and you’ll have to go back to 1988 for the last time Watford beat the Gunners in the league. However the clubs did meet earlier this year in an FA Cup quarter final. Arsenal had won the last two FA Cups but Watford won 2-1 at the Emirates thanks to goals from Odio Ighalo and a thunderbolt from Adlene Guedioura.

Arsenal are without a host of first team players including Aaron Ramsey, Gabriel Paulista, Per Mertesacker, and Alex Iwobi. Arsene Wenger claimed that Mesut Ozil could start but that Olivier Giroud is still a little bit behind. 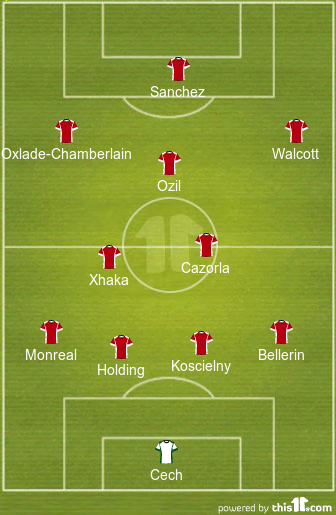