Per Mertesacker has said that is has been ’emotional’ at Arsenal since Arsene Wenger has announced that he will be stepping down as the club’s manager (via Arsenal.com).

It’s strange to imagine anyone other than Arsene Wenger as Arsenal manager but that is exactly what will happen in the coming months.

The Frenchman announced this morning that he will step down as the club’s boss at the end of the season.

It’s quite a shock for fans and now, captain Per Mertesacker has given an insight into how the Arsenal players reacted to the news.

“We have just been informed basically. It is quite emotional. Obviously, he has been at the club for such a long time, he has been so supportive to me. 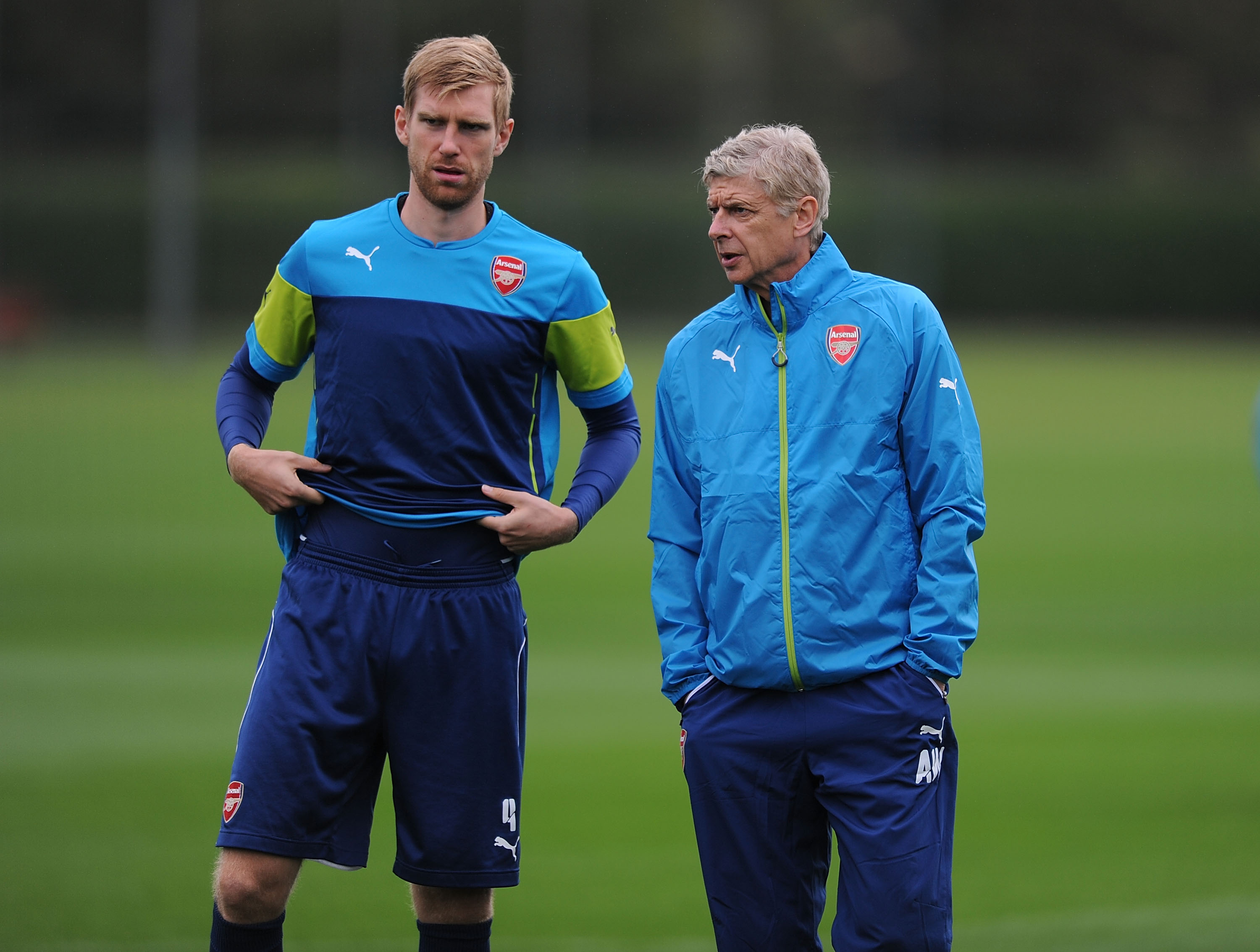 “One major reason why I’m here is because of him. It’s been emotional and there will be time to digest it but it is a sad feeling right now.”

Wenger brought Mertesacker to the club back in 2011 and will continue his association with Arsenal after next season when he joins the club’s academy. Mertesacker went on to say what he has learnt from Wenger.

“He’s been the major figure for this club for over 20 years. He’s been so impressive for me and he’s trusted me so much throughout my career, in bringing me here, giving me the opportunity to play here and making me captain even when I was injured.

“He also gave me a future role here at the club, so I’m very grateful and humbled for the opportunity he gave to me.

“It is a sad day for me but we’re also moving forward for the future. It’s in Arsène’s interest as well that this club will give positive memories to the fans and the people.

“The memories of winning titles with him and bringing joy to so many people – something he has done for years – is a heck of an achievement.”

It’s a fitting tribute by Per Mertesacker, one of the best people Arsene Wenger has brought to the club. Mertesacker embodies many of the same attributes as Wenger and will hopefully bring that into his new role at the club.