Arsenal take on Everton in the Premier League later this evening and we think Pierre-Emerick Aubameyang should recover from his illness in time to start.

He’ll presumably start despite his error in midweek. Shkodran Mustafi should start in a back four.

Laurent Koscielny will start and captain the Gunners.

Nacho Monreal will undoubtedly play after his fine run of recent form. 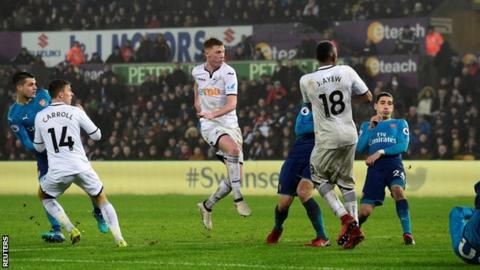 Granit Xhaka should start despite his recent run of poor form.

We think Henrikh Mkhitaryan will make his first Arsenal start from the attacking right midfield position. Jack Wilshere may not have played in midweek but we think he will today. His creativity was missing against Swansea City.

After signing a new contract at the club, Mesut Ozil will start.

Alexandre Lacazette should play. To find out how Arsenal get on, check out our live stream page.