Arsenal take on Atletico Madrid this evening and we think Henrikh Mkhitaryan will return from injury to start for the Gunners.

It’s Arsenal’s biggest match of the season thus far and potentially one of the biggest of the last decade.

Here’s how we think Arsenal will line up in what could be Arsene Wenger’s final European match in charge of the club:

Wenger has confirmed that Ospina will start ahead of Cech.

Mustafi will start at centre-back. Nacho Monreal will undoubtedly start after being rested on the weekend.

He was one of the few Arsenal first-teamers who started Sunday’s match against Manchester United. Still, the Swiss midfielder is expected to start.

He will undoubtedly start. Arsenal need a big performance from Mesut Ozil this evening.

He will presumably start for Arsenal either in the central attacking midfield position or as part of a midfield three. 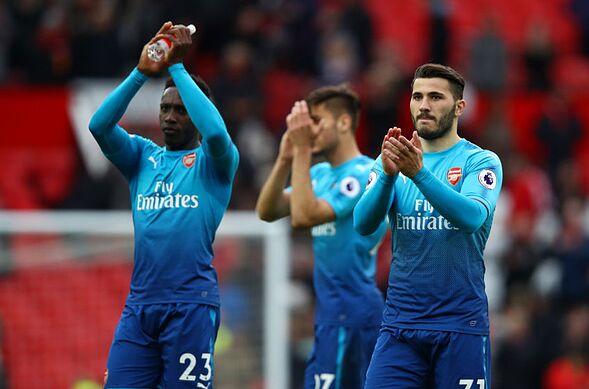 Henrikh Mkhitaryan got some minutes on the weekend and should be okay to start this evening.

Alexandre LAcazette will lead the line for Arsenal.