A leaked photo has seemingly revealed Arsenal’s new home shirt for next season.

There hasn’t been a summer with so much uncertainty at Arsenal for many years.

It’s not certain who the next manager will be which comes with so many unknowns about transfers and style of play.

Well, one thing has seemingly been cleared up after a leaked photo has shown the home kit which the Gunners will be wearing next summer.

For several weeks, this image has been circulating which shows a mockup of a new Arsenal home kit.

Now though, a new image has been leaked which shows key players like Mesut Ozil, Pierre-Emerick Aubameyang and Henrikh Mkhitaryan modelling that same top. 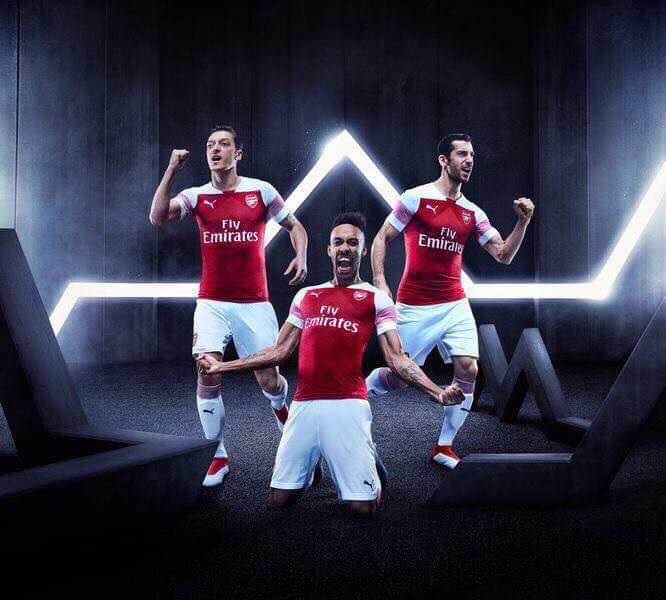 It will presumably be the final season where Arsenal’s kits will be manufactured by Puma with their current deal set to expire next season. With clothing giants like Nike and Adidas reportedly keen on taking on the Arsenal contract. It’s not the best looking kit Arsenal have had in recent years and many Gunners fans will be glad to see the back of Puma.