Following our sensational 3-1 win against Hull City on Monday night, our attacking prowess was once against displayed to the nation.

Live on Sky Sports’s Monday Night Football, the performances convinced many that if any team is in the right position to snatch the Premier League title off Chelsea next year, it’s us.

Wilshere’s cameo appearance also reminded many of the attacking options we have in the squad, something which led the Englishmen to lavish praise on our forward line.

Speaking after the game, the 23-year-old claimed that we had some of the best attacking players in the world (via The Evening Standard). It was an interesting, if not slightly exaggerated, statement from Wilshere but it certainly instigates debate.

“We have got players going forward who are some of the best in the world and they showed that last night,” he said.

If we want to be competing for the top two trophies, the Premier League and Champions League, on a regular basis, then our forward line must start to resemble that of other top clubs.

Below, we compare our attack to some of Europe’s devastating forward lines. 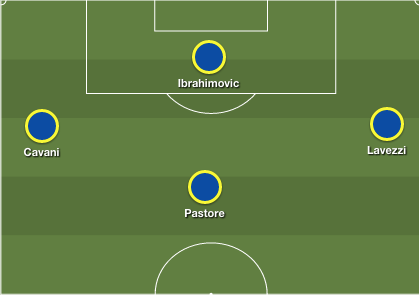 The French champions carry many heavyweights in their forward line, yet it clearly lacks the balance to produce at the highest level. Edinson Cavani’s role has caused much debate and his future may depend on whether he’s given the central role currently commanded by the enigmatic Zlatan Ibrahimovic.

Compared to our forward line however, the Ligue 1 champions have the calibre to spearhead the attack which we lack. However, in the positions surrounding the frontman, we may come out on top.