Unai Emery has taken his first training session as Arsenal’s head coach as the squad returns for pre-season (via Arsenal.com).

It’s every footballer’s least favourite time of the year but Arsenal fans have a lot to be excited about this pre-season.

Things will certainly be very different for the Arsenal players this time around in the first pre-season without Arsene Wenger in over two decades.

Unai Emery was out giving his instructions as a number of key first-team players returned to action. 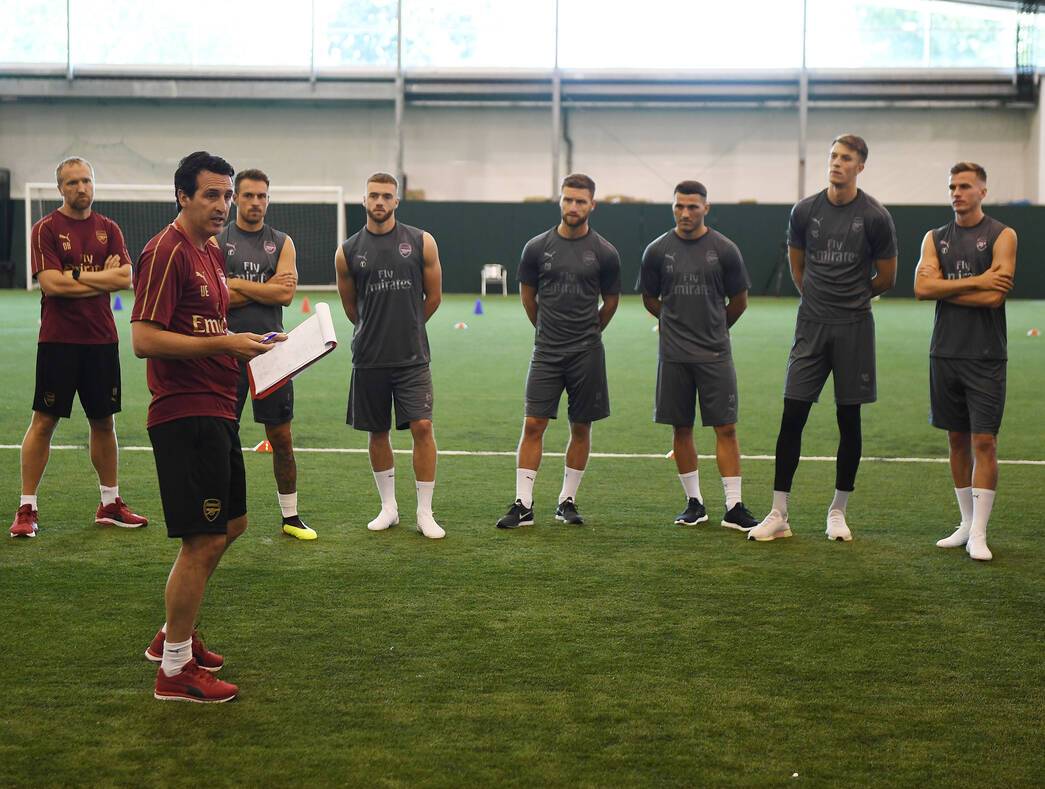 Most of the players who didn’t compete in the World Cup took part in the session including Pierre-Emerick Aubameyang, Shkodran Mustafi and Hector Bellerin. One of the club’s two assistant coaches, Steve Bould was also in action at London Colney. It’s fascinating to see the pictures from Unai Emery’s first training session as Arsenal’s head coach. The new boss will obviously bring a lot of new ideas and practices and, hopefully, the players will take to it.