Arsenal squnadered a lead as they ran out 2-1 losers to AFC Bournemouth on a disappointing afternoon on the South Coast.

Neither Mesut Ozil nor Alexis Sanchez was in the squad as Arsenal travelled to the South Coast for this one but the Gunners started the match reasonably well.

Jack Wilshere controlled possession at the base of the midfield and created the best chance early on. He played it to Hector Bellerin down the right whose deep cross found Ainsley Maitland-Niles. The youngster cut inside and clipped the crossbar with his curling shot.

At the other end, AFC Bournemouth were denied what looked like a clear penalty decision when Alex Iwobi handled the ball.

The Gunners started the second-half with a new vigour. For those unclear where Arsenal’s goals were going to come from in this game, there was an unlikely source ready to strike. Alex Iwobi picked up the ball in midfield and played a wonderful cutting pass through to the onrushing Hector Bellerin. Asmir Begovic had a touch on Bellerin’s shot but couldn’t keep it out as the Spaniard opened the scoring.

But it wasn’t to last. Just twenty minutes later and it was 1-1. A simple cross into the box wasn’t dealt with and after Petr Cech came out for a ball he shouldn’t have, Calum Wilson was given an easy opportunity to equalise.

Arsene Wenger responded from the bench. Aaron Ramsey came on for Calum Chambers which led to a change in the formation. The problem was that Arsenal weren’t really ready as AFC Bournemouth put them under immediate pressure. A number of Gunners players were out of position as Jordan Ibe picked up the ball from a knockdown and made it 2-1.

The Gunners tried to get back in the game after that but didn’t really threaten the home side’s defence as the match ticked away.

Didn’t face too many shots on target and needs to bear much of the blame for the Bournemouth equaliser. Petr Cech has made numerous errors in recent weeks.

He had a tricky afternoon. Calum Chambers looked more than a little shaky in the first-half but can’t be blamed for the goal.

Shkodran Mustafi started the game relatively well but was at fault for the first Bournemouth goal. The German was caught wildly out of position for the first and then should’ve done better for the second.

Defensive errors were the theme of the day for Arsenal and Rob Holding was certainly at fault for the second Bournemouth goal. He was caught five yards deeper than the rest of his defence which opened up the opportunity for a simple ball over the top. 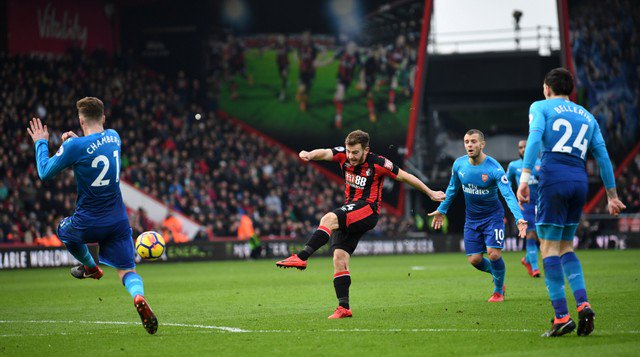 He did okay. It was good to see Hector Bellerin get on the scoresheet and he can be relatively pleased with his performance.

Granit Xhaka struggled at times today. The Swiss midfielder seemed solid enough in the early stages of the match but can certainly attract some of the blame for Bournemouth’s second goal after not tracking Jordan Ibe’s run.

Jack Wilshere played well. The Englishman was the best player on the pitch for the first hour as he controlled possession when Arsenal were still in the game. 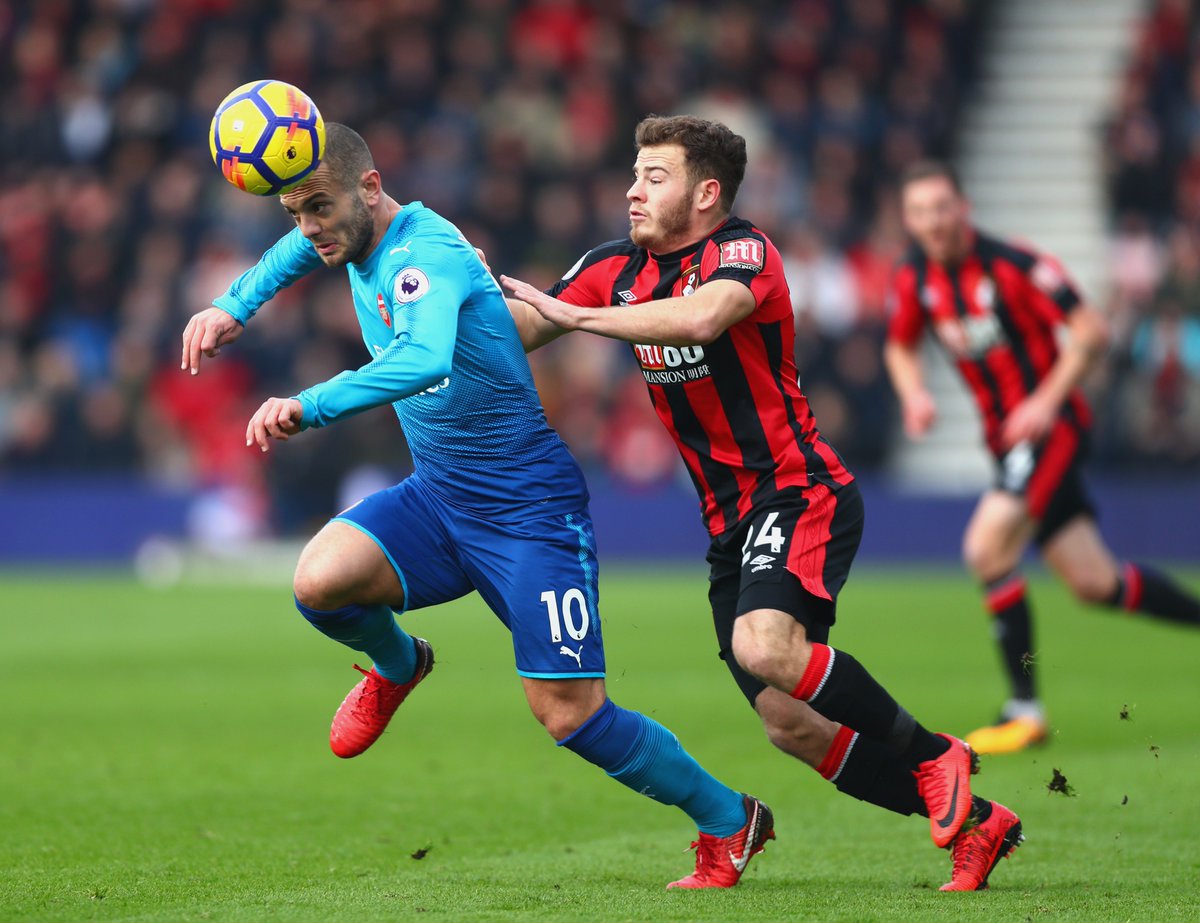 This was one of Alex Iwobi’s better performances in recent weeks. He was one of the few creative outlets for the Gunners today and produced a wonderful assist for the opening goal.

He was poor. Danny Welbeck offered very little moving forward in a team which really needed some creativity and flair. 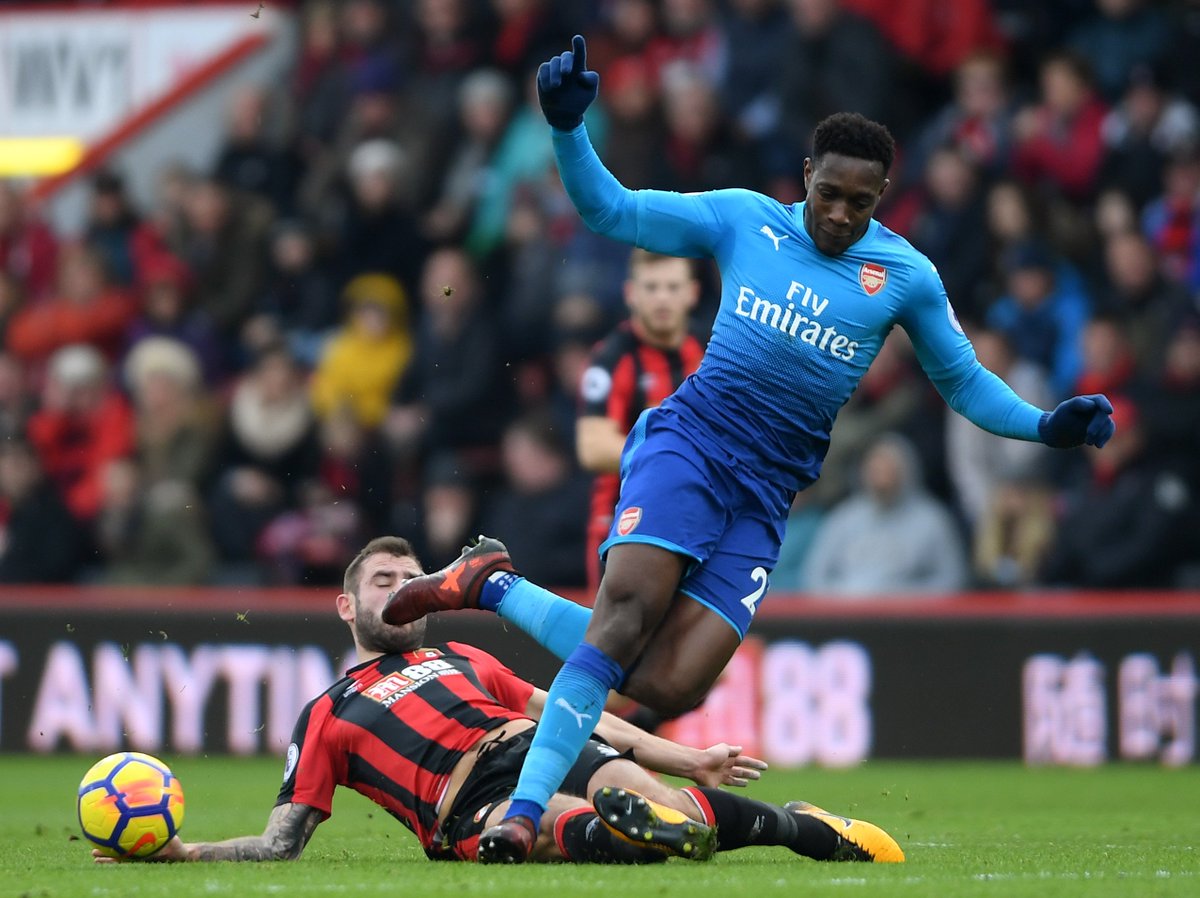 The Frenchman continued his struggle up front today. Alexandre Lacazette isn’t in a good place right now after failing to find the back of the net since the second of December. He looks tired and could do with some time out of the team but Arsenal just don’t have any other options.