The Unai Emery era started with a new look Arsenal setup. Alexandre Lacazette was dropped to the bench and there were starts for new boys Matteo Guendouzi and Sokratis Papastathopoulos.

Last season’s champions were always going to be tough opponents for Emery in his opening match but the Gunners started well. Aaron Ramsey moved into a more advanced role and worked well with the forward line as the Gunners pressed high up the field.

Chances were at a premium in the early exchanges but City found the breakthrough in the opening 15 minutes. Raheem Sterling cut inside Hector Bellerin and again past Guendouzi on his debut. The young Frenchman should have stood up to Sterling but the City winger cut inside again and hit it past Cech via a small deflection.

The Gunners responded well. They soaked up the City pressure well and had a few good opportunities at counter-attacks but failed to find that final pass. The best chance the Gunners created was a shot from Hector Bellerin which was stopped well by Ederson in the City goal.

But City continued to push forward. Petr Cech almost scored a quite ridiculous own goal before he redeemed himself with a wonderful double-save to deny Riyad Mahrez from a free kick and Laporte’s follow-up.

Emery switched things up at half-time with Granit Xhaka dropping into a deeper role and Ozil given free reign to push forward. The Gunners immediately looked more settle but really started to pose a threat once Alexandre Lacazette was subbed on.

The Frenchman came close to scoring with one of his first touches but once Arsenal were back in the game, City made them pay. Just moments after Cech stopped a one-on-one against Sergio Aguero, City pushed down their left flank and cut it back for Bernardo Silva to whip a fine shot into the top corner.

The Gunners grew into the match in the final 30 minutes and looked a threat moving forward but by then, the match was over.

Petr Cech did a lot better with his hands than his feet. His distribution was woeful at times but the Czech stopper looked sharp in the sticks and made a string of wonderful saves.

He has played better. Hector Bellerin should have defended better for both of Manchester City’s goals.

He played well. Shkodran Mustafi could do little about either of the goals and put in a solid performance on the whole. 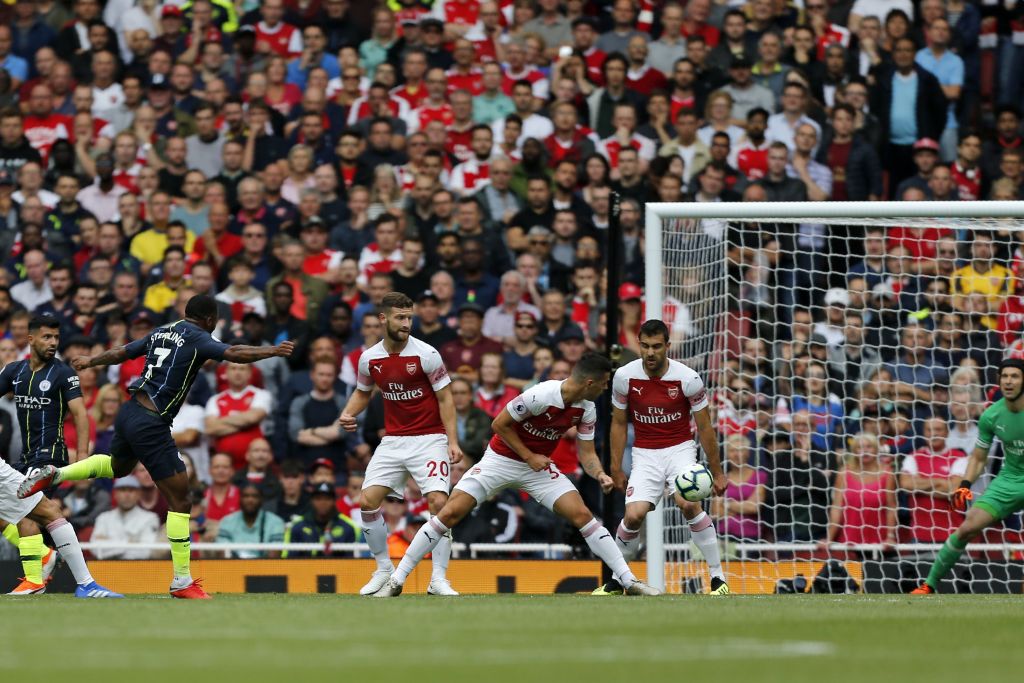 A solid debut from Sokratis. This was his best performance since joining the club with some impressive physical defending.

It was a shame to see him forced off the pitch just after the half-hour mark. Ainsley Maitland-Niles had performed well defensively against the likes of Riyad Mahrez and Kyle Walker on that left-hand side but his offensive game was a little lacking.

He did well. Stephan Lichtsteiner played an unfamiliar left-back but worked hard, defended well and looked a threat moving forward.

He had a tough time out there. Granit Xhaka spent much of the match with his back to goal as the Gunners attempted to play out from the back. His touch was sloppy and his passing was inconsistent.

Lucas Torreira played well after coming on. The Uruguayan midfielder was dogged defensively and showed a good passing range moving forward. He has to start next week.

Poor Matteo Guendouzi. The Frenchman was playing in Ligue 2 last season and is clearly a hugely talented player but he looked nervous and a little out of his depth at times out there. It’s understandable, given the calibre of the opposition and his teammates did little to alleviate the pressure on his young shoulders. Guendouzi made a couple of poor errors but looked more accomplished as the match progressed.

He struggled in the first-half with some sloppy passes and a difficulty to find space but Mesut Ozil grew into this one. The German’s influence increased as the match progressed but he will still be frustrated.

Henrikh Mkhitaryan had to put in a lot of work in the first-half as he attempted to cover for first Ainsley Maitland-Niles and later Stephan Lichtsteiner. The fatigue must have caught up with the Armenian as his influence waned. 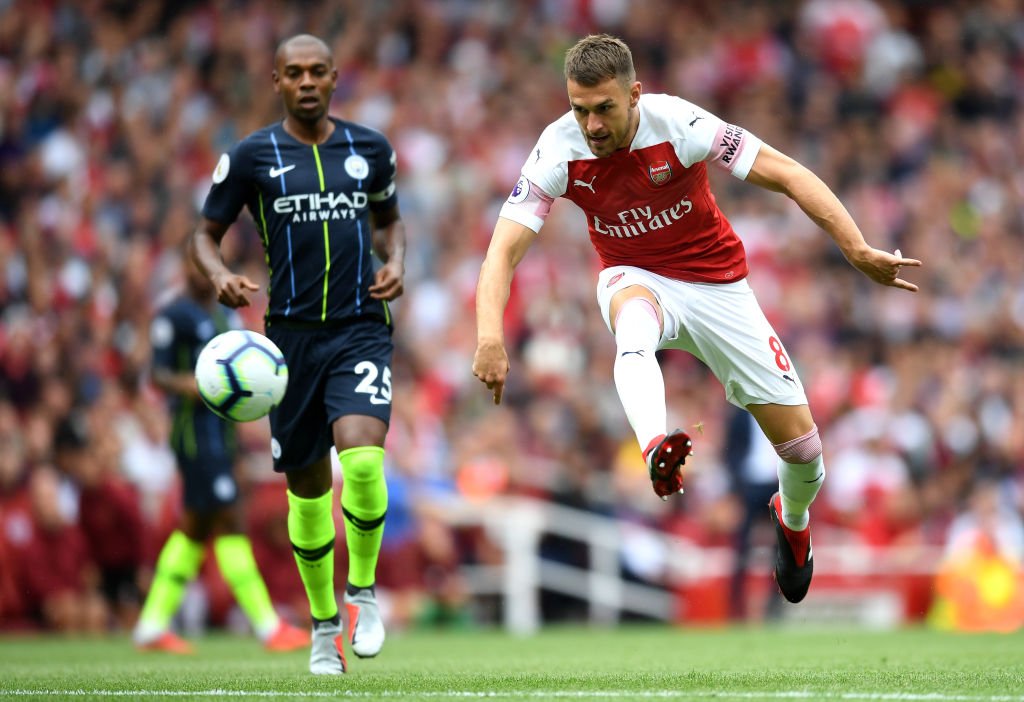 He worked very hard in what was a new position for Aaron Ramsey. The Welshman almost operated as a false 9 for much of the first-half. Ramsey ran a lot but couldn’t really do much with the ball.

A good cameo from Alexandre Lacazette. He lifted the Emirates and looked the likeliest scorer in an Arsenal shirt.

A frustrating afternoon for Pierre-Emerick Aubameyang. The Gabon international cut a lonely figure up front for much of the first half but improved after the break.