Southampton win 2-0 at the Emirates after a woeful first-half performance from the Gunners. Arsenal were awful, particularly in the first 45 minutes, as goals from Jordy Clasie and Ryan Bertrand led to a first defeat since the opening match of the season.

The first half started poorly and got worse. The buildup was slow and the Gunners couldn’t fashion anything in the way of a clear cut chance. The breakthrough fell to the visitors. Emiliano Martinez did well to stop a Sofiane Boufal shot but the rebound fell to Jordy Clasie who made no mistake.

The first half continued to drift by with little more than a whimper from the home team. Arsenal failed to muster a single shot on the Saints goal and the visitors doubled their lead later on. Boufal again was involved but this time the Moroccan cut the ball back to Ryan Bertrand who made it 2-0.

The second half started a little better for the home team in that they actually attacked. The Gunners opened the game up which led to a lot of half chances for the home team and worrying counter attacks from the visitors.

The home side created better and better chances as the half went on but either fluffed their lines or failed to get past the impressive Fraser Forster. Alex Oxlade-Chamberlain and Aaron Ramsey both came close but Shane Long and Josh Simms went closer at the other end for Southampton.

The Gunners created more and more chances as the second half progressed but they were either difficult to convert or snatched at. The game petered out and Arsenal fans will be the ones disappointed. 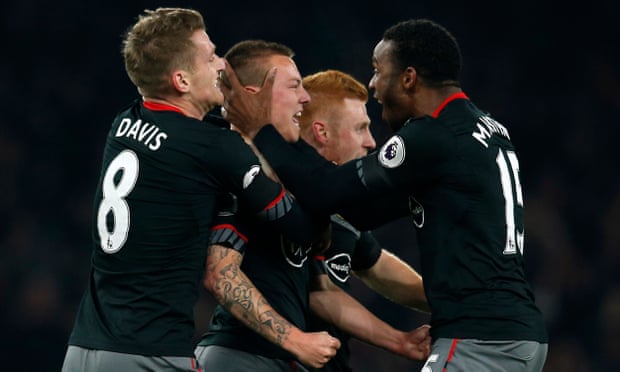 It was a bit of a mixed bag from Emiliano Martinez. He made a number of really good saves to stop the visitors but also fumbled a couple of easy catches and collections. It’s difficult to blame him for either Southampton goal and he can be pleased with his performance on the whole.

He actually started the second half quite well but was awful in the first. Presumably, Carl Jenkinson was subbed off to offer more of an attacking threat down Arsenal’s right as well as resting the Englishman for the weekend. He did, however, give the ball away in the run up to the second Saints goal.

It was a decent cameo from the youngster after the initial surprise that he didn’t start.

He’s had better performances for the Gunners. Gabriel Paulista really should’ve done better against Sofiane Boufal for the second Saints goal but perhaps shouldn’t have been left isolated against the winger.

Not the youngster’s best performance. Rob Holding did grow into the match and was better in the second half.

The captain for the evening grew into the match after a shaky start. Kieran Gibbs was a threat in the second half.