Arsenal have been eliminated from the Carabao Cup after a 2-0 defeat to Spurs at the Emirates.

There was a strange atmosphere at the Emirates Stadium for this Carabao Cup match. Tottenham Hotspur were the Gunners’ opponents so it perhaps wasn’t a surprise to hear a crowd ready to enjoy the occasion.

Arsenal seemed to feed off of it and very nearly took the lead inside the opening ten minutes. Aaron Ramsey received the ball to feet and flicked it through for the onrushing Henrikh Mkhitaryan. The Armenian was one-on-one with the goalkeeper but Paulo Gazzaniga stood up to make the safe.

Arsenal were attempting to string another attack forward less than ten minutes later but it proved to be their undoing. Spurs broke quickly with Son Heung-Min finding himself in a one-on-one situation of his own. The South Korean forward made no mistake in making it 1-0.

Arsenal were rattled but improved as the half progressed. They very nearly entered the break on level terms when Aaron Ramsey’s powerful near-post shot was tipped onto the upright by goalkeeper Paulo Gazzaniga.

Just like it was several weeks ago, the stage was set for a second-half renaissance from Arsenal but this time, it didn’t come. The Gunners started the half well but only watched as Harry Kane chipped the ball over the top for Dele Alli to make it 2-0.

Unai Emery made all three subs before the clock read 65 minutes and it was one of those who almost gave Arsenal an instant route back into the match. Pierre-Emerick Aubameyang combined well with the substitute Alexandre Lacazette who clipped the outside of the post with his shot.

But the second Spurs goal killed the atmosphere at the Emirates and, it seems, the match as well. The Gunners couldn’t find a way back as Unai Emery’s Arsenal racked up their second defeat in less than a week.

A quiet one for Petr Cech. The Czech stopper didn’t make a save of note and was beaten twice.

Ainsley Maitland-Niles worked extremely hard down the right flank but things just didn’t work out for him this evening. The 21-year-old just couldn’t get going and his final ball was seriously lacking. 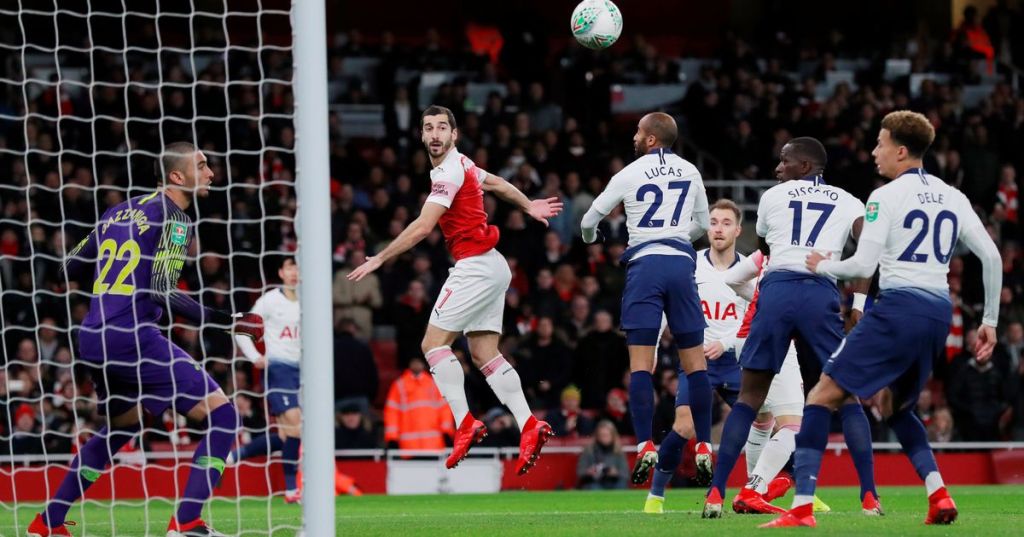 Sokratis was one of the better performing players in the Arsenal team. The former Dortmund man was solid enough in defence but was caught out of position for the opening Spurs goal.

He was okay. There was more than a little scepticism about Granit Xhaka prior to this match with the Swiss international starting in a back four. He defended fairly well but his long passing was a little erratic.

A quiet one from Nacho Monreal. The Spaniard couldn’t find his place in the match and offered little at either end.

A difficult evening for Matteo Guendouzi. The Frenchman was in for a night of heavy pressure from the Spurs midfield and was caught out on a number of occasions. 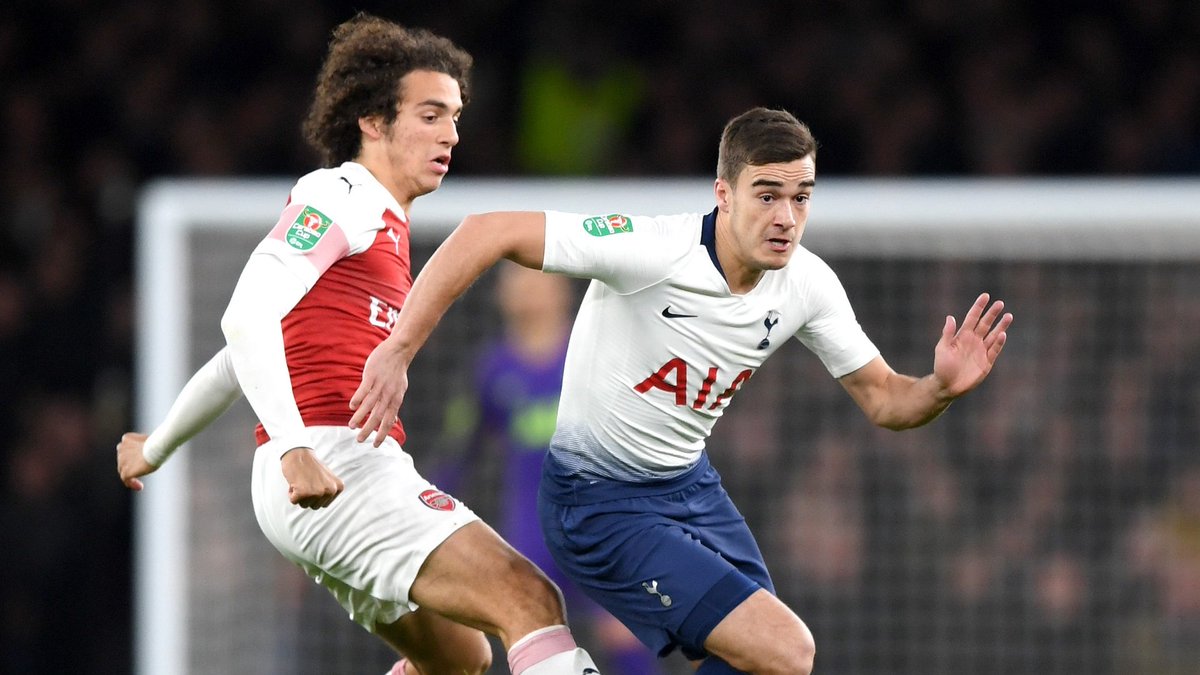 It wasn’t his best performance in an Arsenal shirt. Lucas Torreira tired as the match went on and just didn’t seem to have the energy to move around the pitch as he usually does.

He did okay. Henrikh Mkhitaryan was sharp in attack and drove a number of attacks forward for the Gunners. However, the Armenian really should have done better with his early chance.

Laurent Koscielny struggled again this evening. The Frenchman was caught flat-footed and out of position for the crucial second Spurs goal. Let’s hope it was rustiness and not evidence of a decline. 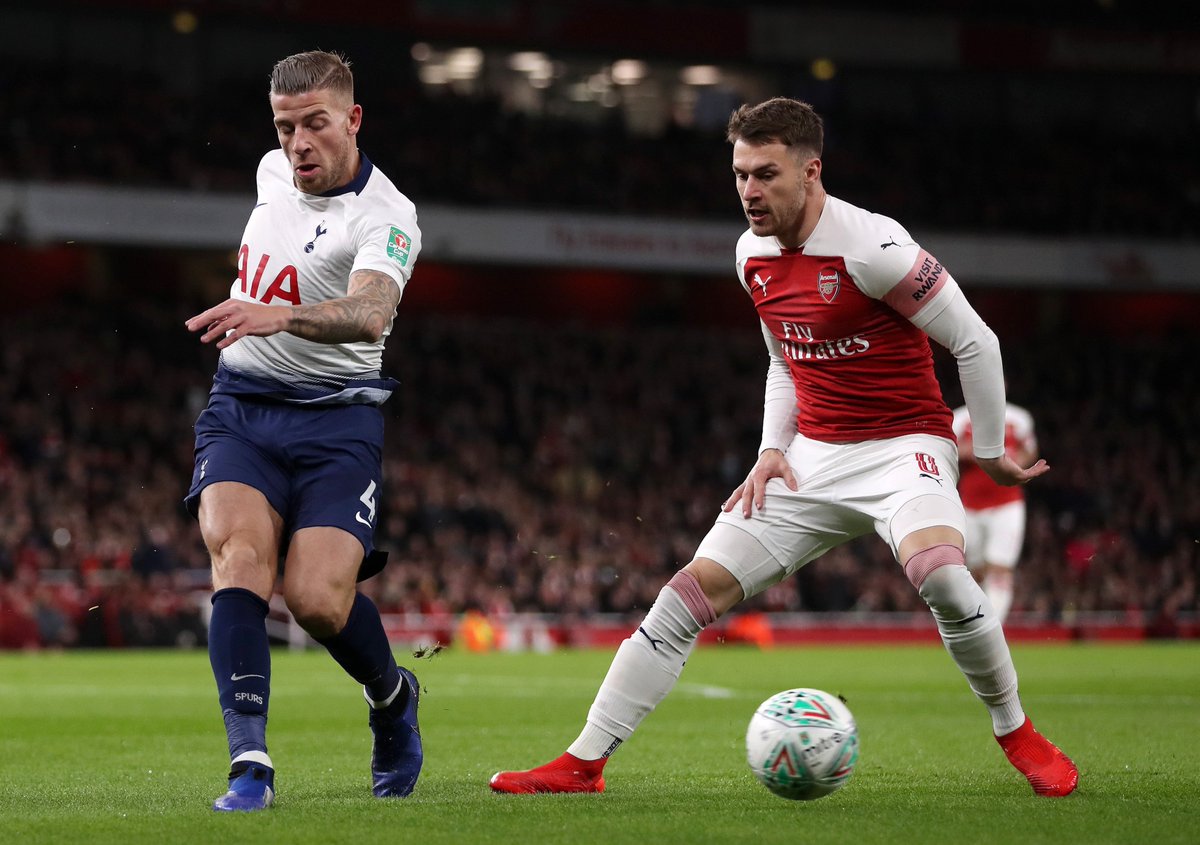 Aaron Ramsey had his moments moving forward and impressed early on. However, as the match progressed, those moments were further apart and his influence on the match disappeared.

A strange one for Alex Iwobi. The Nigerian international was Arsenal’s best player at times this evening but looked a hinderance at others. His performance was a little more consistent after the break but his final product was lacking throughout.

He tried to make an impact and very nearly did.

The Gabon striker worked hard up front on his own and showcased some excellent movement during the match. Pierre-Emerick Aubameyang was unlucky not to have contributed more tonight.