Arsenal progressed to the fourth-round of the Carabao Cup after a 1-0 victory over Doncaster Rovers at the Emirates.

It was an open game from the off. Doncaster tested David Ospina within the first minute and Arsenal did the same at the other end within another minute. Olivier Giroud almost produced another his second consecutive goal of the season just seconds later when he clipped the crossbar with a wonderful overhead kick.

The Gunners took the lead a little while later. Alexis Sanchez played a wonderful through ball for Theo Walcott whose first-touch was perfect. The Englishman let the ball bounce once before passing it past Ian Lawlor in the Doncaster net and putting Arsenal in front.

The Gunners continued to control the first-half until the last ten minutes when the visitors came back into it, even creating a couple of opportunities which went unconverted.

The game didn’t exactly excite in the second-half. Arsenal failed to keep possession for much of the match and welcomed the visitors into the contest. Doncaster obliged and pushed forward, creating some openings but failing to really test David Ospina. Arsenal couldn’t convert anything else and Theo Walcott’s first-half strike proved to be enough.

He was fine. David Ospina didn’t have a great deal to do but did it well.

He played well. Calum Chambers didn’t have a great deal to do defensively but was protective in possession. It was strange to see him getting substituted at half-time, perhaps there was some sort of injury scare.

The youngster looked a little shaky. Doncaster exploited the Arsenal defence once Josh Dasilva was on the pitch and it very nearly paid off for them. He grew into the match but admittedly, the youngster wasn’t being played in his best position.

He did okay. Per Mertesacker looked solid at the centre of that Arsenal back-three. He was dominant in the air and decent in possession too.

He was fine. Rob Holding moved from the left to the right after half-time but didn’t have a great deal to do in either half. 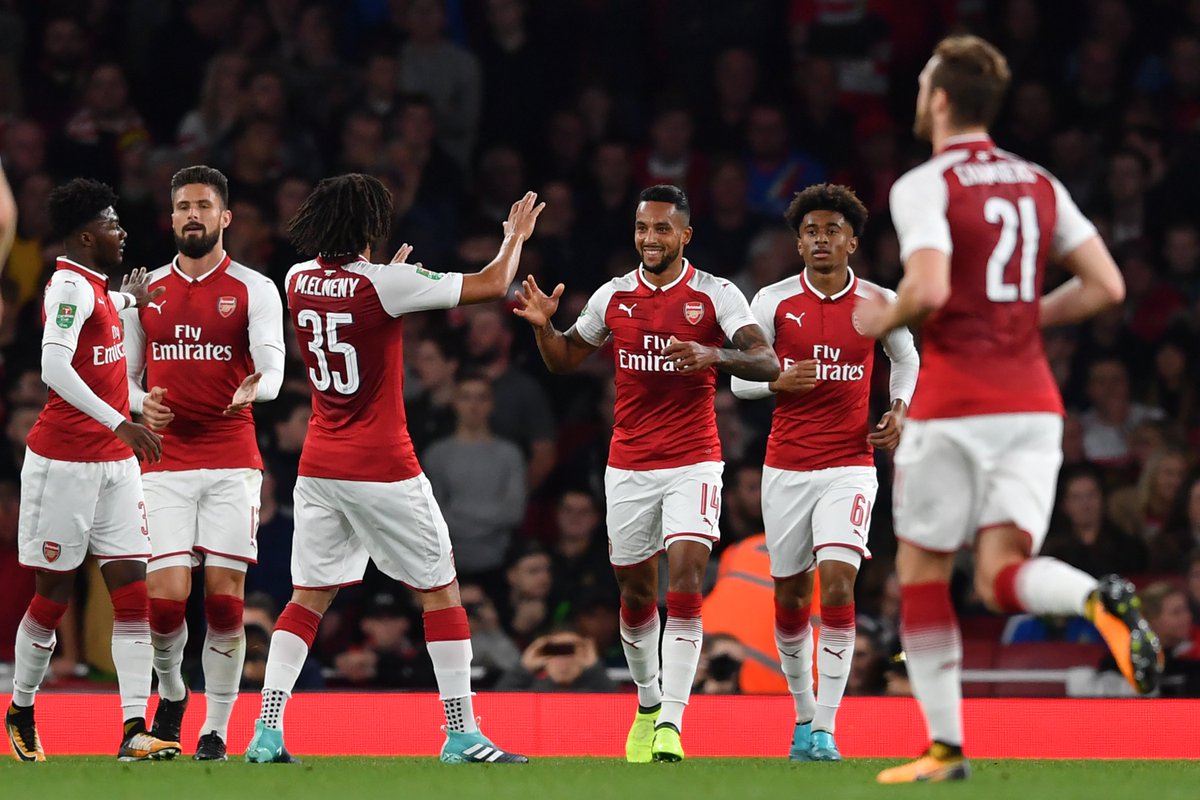 There was much excitement when Reiss Nelson was named in the starting lineup and with good reason. He has been excellent in the Arsenal youth as well as impressing in pre-season with the first-team. He started at right wing-back but barely played there in truth. He was dropping in-field and linking up play. He looked a little nervous at times which is understandable but he can be pleased with his night.

Great to see the youngster getting a game but he didn’t have a great deal to do.

An impressive performance from Jack Wilshere, particularly in the first-half. It won’t be long before the Englishman is having an impact on the Arsenal first-team if this is anything to go by. He was wonderfully composed in possession, drove forward well and showcased a full range of passing but seemed to tire as the match went on. Still not fully fit.

He played well in the centre. Mohamed Elneny produced the all-around midfield performance as he dropped back to help out and ventured forward to create chances. Good stuff from the Egyptian. 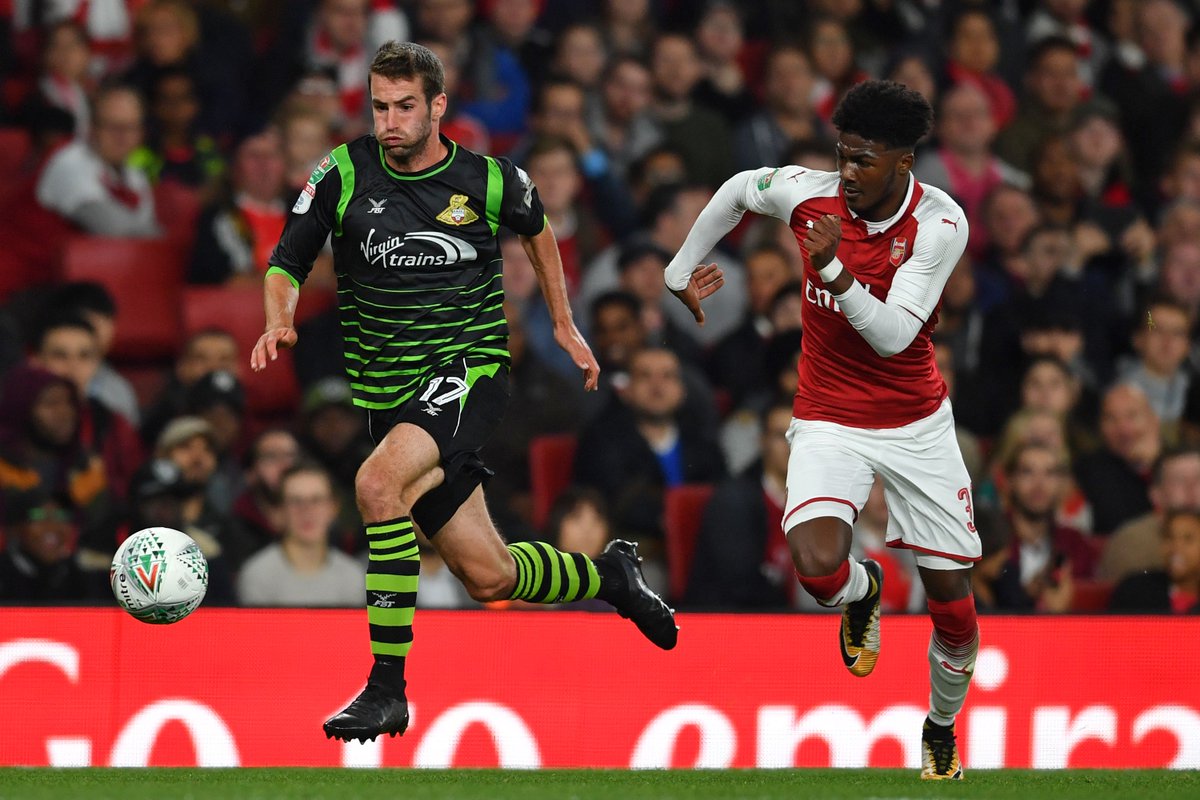 Bit of a mixed bag from Ainsley Maitland-Niles. He made a couple of errors but generally recovered very well. The youngster was being played out of position

He did well. This was Theo Walcott’s best performance in some time. The Englishman seems to have learned the 3-4-2-1 formation a little better as he consistently found himself in the right positions. He took his goal well and will be pleased with his first start of the season, even if he didn’t show it when he was subbed off.

A decent cameo from Alex Iwobi. The Nigerian is very good at keeping possession, something which the Gunners were missing for large spells of the second-half.

An erratic performance from Alexis Sanchez. The Chilean started brightly but seemed to lose influence as the match progressed. His determination bordered on selfish at times with Alexis seemingly showing little trust in his teammates. 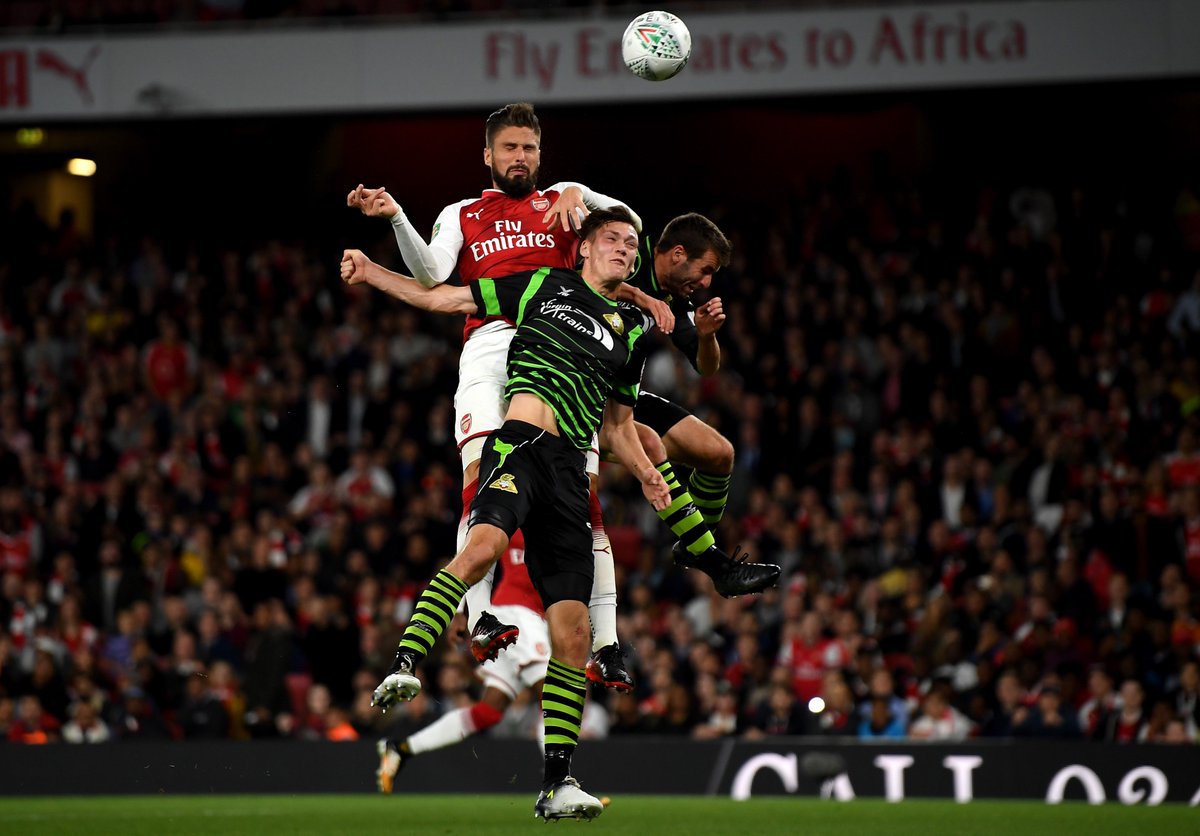 He did okay. Olivier Giroud almost scored the goal of the season with an early overhead kick attempt but couldn’t convert any of the rest of the chances presented to him. The Frenchman’s linkup play was generally good but he should’ve found the back of the net at least once.