It was Arsenal’s third match in six days and it certainly felt like at times during the first half. The Gunners were organised but slow – both with the ball and without it. There were tired tackles and passes across the pitch with a slightly disconnected starting lineup.

But Arsenal did create some opportunities. Pierre-Emerick Aubameyang steered a shot just wide of the goal just moments before Alexandre Lacazette skied one over the bar from 12 yards out.

The Frenchman did have the ball in the net before the break. He seized upon a loose pass back from the visitors to round the goalkeeper and score. However, the assistant’s raised his flag the goal was ruled out after Lacazette was offside in the run-up to the changeover in possession.

Unai Emery made a double change at halftime and both players impressed early on. Alex Iwobi and Henrikh Mkhitaryan were bright sparks in the opening exchanges after the break but the game soon fell back into the familiar pattern.

It was tight and scrappy in the centre with Arsenal struggling to find a way past a difficult high press from the visitors.

Pierre-Emerick Aubameyang missed another few opportunities for the Gunners in a match which they couldn’t afford to not win. Fortunately for Unai Emery, they eventually grabbed the all-important goal.

Matteo Guendouzi slotted a fine through ball to Aubameyang at the back post. The forward couldn’t get a clear shot at goal but had the presence of mind to chip the ball across the face of the goal for Lucas Torreira who was unmarked. The pass was awkward but the midfielder’s acrobatic effort found a way into the back of the net.

Arsenal sat back and defended their 1-0 lead to secure an important three points.

He was fine. Bernd Leno made a couple of decent saves but was hardly put under pressure.

Hector Bellerin played pretty well considering it was his third full match in seven days. The Spaniard was solid defensively but his final product was lacking at the other end. 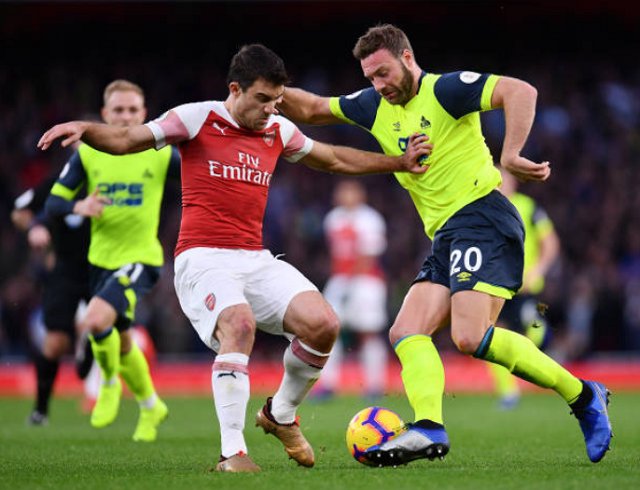 Stephan Lichtsteiner played fairly well. The Swiss defender was comfortable throughout the first half but the Gunners needed more options in attack.

Alex Iwobi did not play well in the second half. The Nigerian looked sharp early on but just couldn’t make the desired impact. His first touch was uncharacteristically poor and his final pass was inconsistent to say the least.

Shkodran Mustafi played fairly well. The German was fine defensively and was a little unfortunate not to win his side a penalty. It was a shame to see him pick up an injury at such a crucial time for the club.

He was fine. Nacho Monreal looked a little off the pace to begin with but grew into the match. Understandable considering his lengthy lay-off.

Sokratis did well at the back. The Greek defender was solid in the air and quick across the ground. He led the team from defence.

Sead Kolasinac didn’t have quite as big of an impact on the match today as he did in midweek. The Bosnian was a threat at times but just couldn’t find that final pass despite effectively playing as a left winger in the second half. 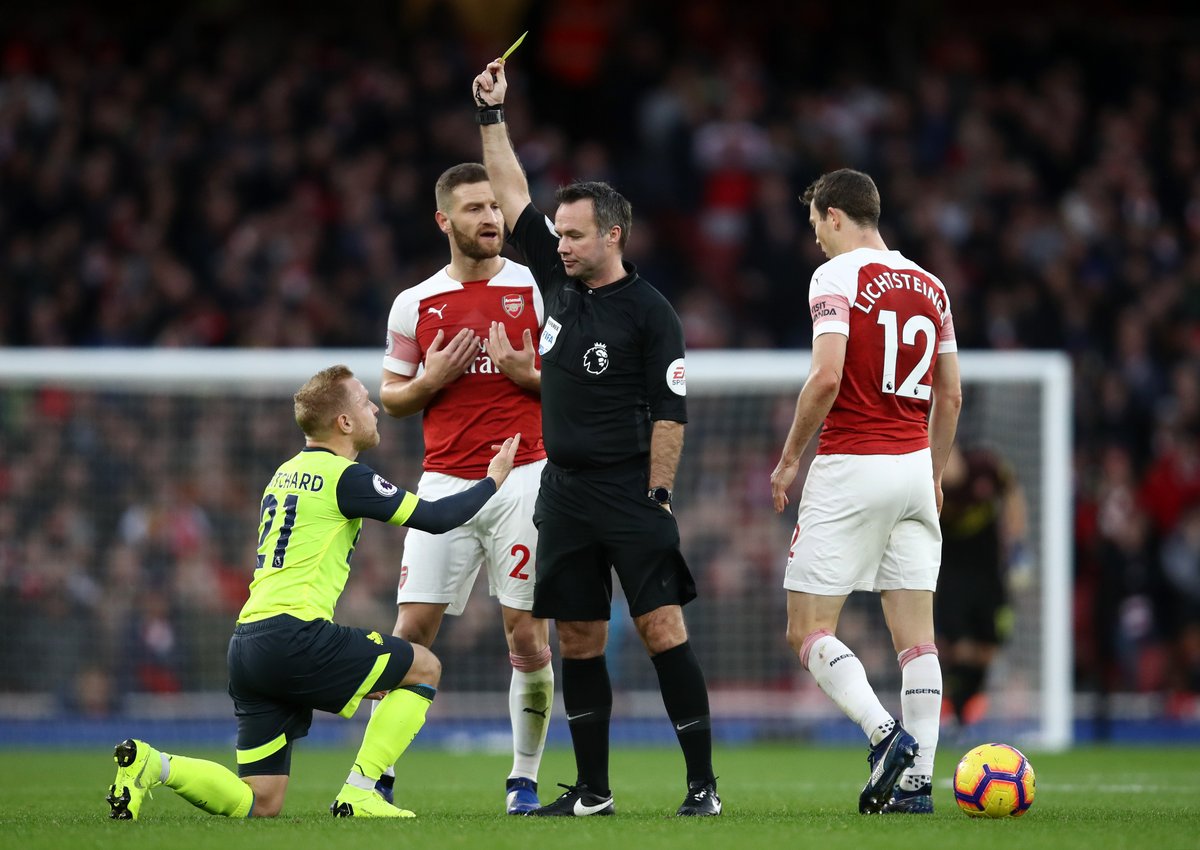 Another impressive performance from Lucas Torreira. The Uruguayan defended well and grabbed the all-important opening goal for the Gunners. It’s baffling how the midfielder had so much energy today despite playing his third full match in 7 days.

Granit Xhaka was okay. The Swiss midfielder started reasonably well but got a little careless as the game progressed.

Matteo Guendouzi struggled to make an impact on this game for the most part. The Frenchman was playing in a more advanced role than usual but couldn’t find as much of the ball as he is used to.

He was disappointing today. Pierre-Emerick Aubameyang missed a whole host of key chances in a match which the Gunners really needed him to score in. The Gabon striker did have a hand in the all-important opener but will be disappointed with his night. 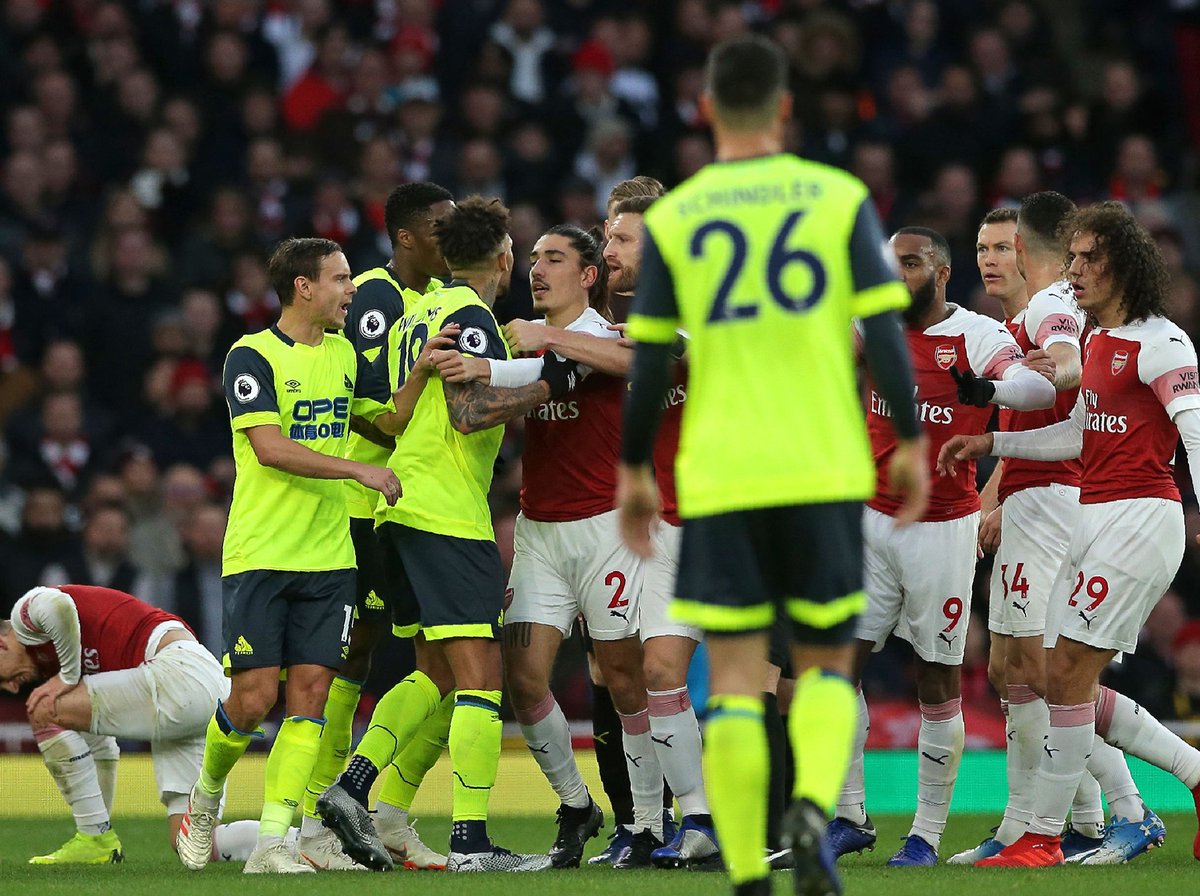 He did not have a good first half. Alexandre Lacazette should have been fresher than the rest of Arsenal’s attackers but didn’t show it during this match. The Frenchman had one big chance and skied it well over the bar. He needs to do better.

He did okay. Henrikh Mkhitaryan improved the Gunners slightly but seemed to drift out of the match after that.