A first-half wonder goal from Mesut Ozil was enough for Arsenal to secure all three points against Newcastle United.

Arsenal started the game the brighter of the two teams. Reverting back to the 4-2-3-1 formation, the Gunners had an abundance of attacking players and enough possession to really threaten the visitors.

But clear-cut chances were rare for the home team. Ainsley Maitland-Niles threatened from range and Hector Bellerin found some space down the right flank.

It was one of those forays from Bellerin which led to the opening goal. The Spaniard cut in a low cross which led to some ping-pong inside the Newcastle box. Eventually, the ball rebounded to Mesut Ozil who steadied himself before unleashing a wonderful first-time volley to make it 1-0.

The Gunners saw out the remainder of the first-half with their continued dominance and took that attitude into the second 45 minutes.

Arsenal’s domination of the ball continued well into the second-half but again, chance creation was a problem. The Gunners just couldn’t find that second goal. Alexandre Lacazette missed a couple of openings before being replaced by Olivier Giroud.

The Frenchman was involved straight away and laid off the ball for Jack Wilshere with a wonderful header but the midfielder’s shot was blocked well.

Newcastle came back into the match ast the second-half progressed but couldn’t find a way past Petr Cech and the Arsenal backline.

Petr Cech made a couple of important saves at times this afternoon including one particularly impressive one early in the second-half. A good performance.

This picture tells the story of Hector Bellerin’s performance. The Spaniard found a lot of space moving forward but his final ball into the box was woeful. 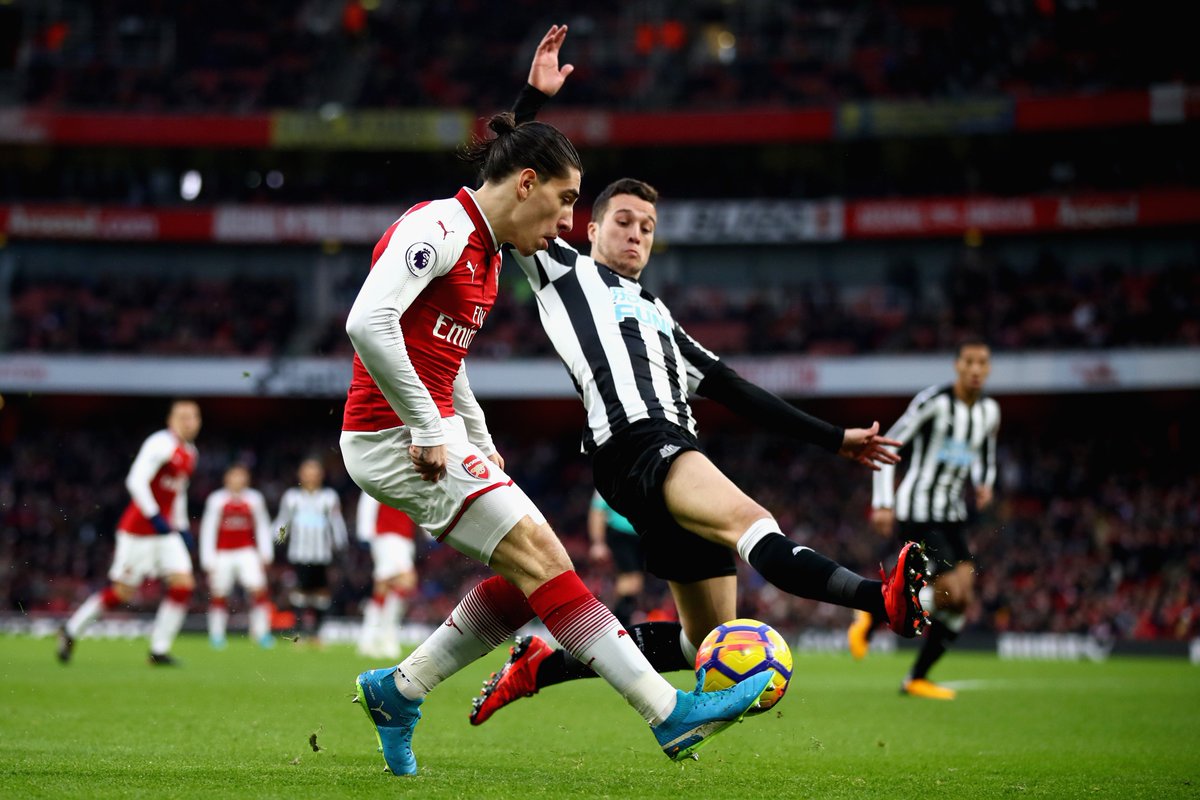 He was fine. Laurent Koscielny didn’t have the most testing match but performed well enough.

Nacho Monreal played well. The Spaniard looked far more comfortable today than he did in midweek in this back four.

He played well. Ainsley Maitland-Niles is a right-footed central midfielder but played very well at left-back today. It’s still unclear why Arsene Wenger is using the 20-year-old ahead of Sead Kolasinac but he performed well.

He was good enough. Granit Xhaka kept the ball reasonably well for the most part but was caught out of position more and more as the match went on. 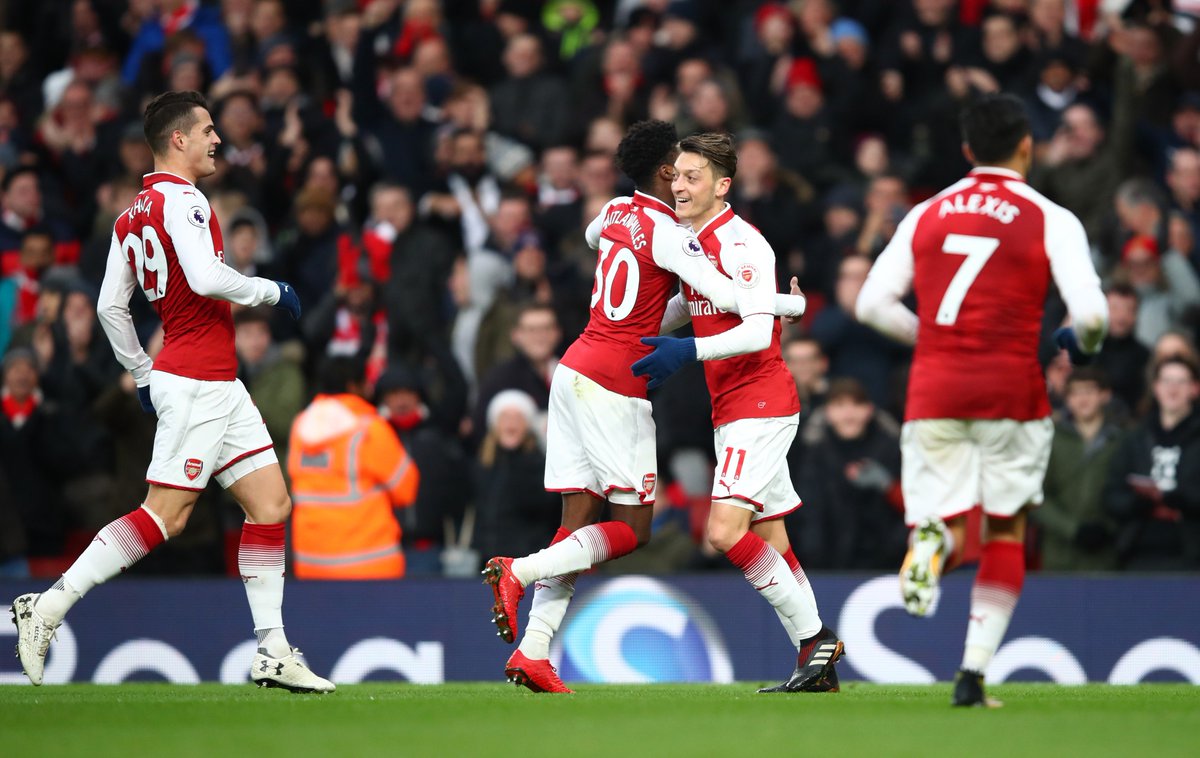 Some good stuff from Jack Wilshere. The midfielder looked at home in the middle of the Arsenal midfield and had some impressive moments moving forward.

Alex Iwobi was okay. The Nigerian dribbled and passed well enough but as has so often been the case for Iwobi, his finishing let him down.

Mesut Ozil is listed as a central attacking midfielder but he barely played there. The German played deeper than I can remember him ever playing for the Gunners, often popping up in the holding midfield role. Still, he performed well and scored one of the finest goals he has scored in an Arsenal shirt. 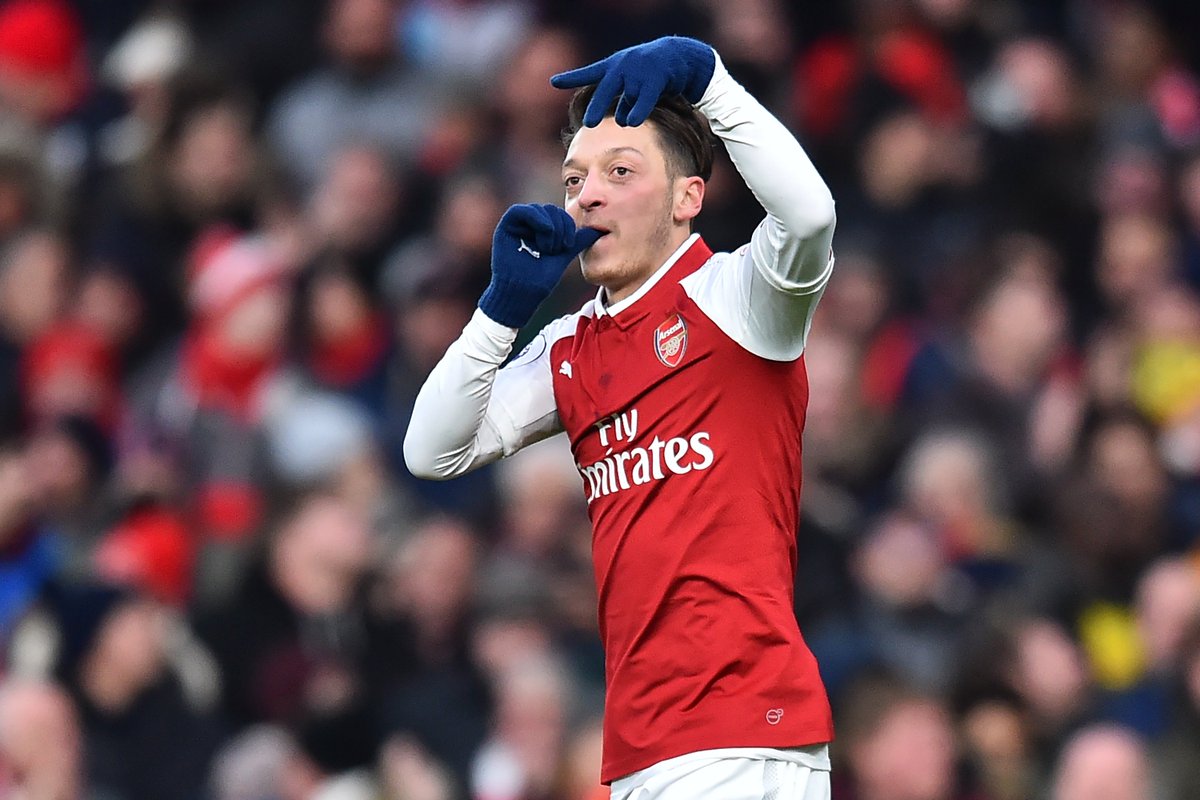 Another frustrating afternoon for Alexis Sanchez. He was so careless in possession and seems to have become hugely predictable to defenders. There were at least three occasions when the Chilean cut inside from the left flank and onto his right foot only for the defender to see the move coming and stifle it. He shouldn’t be anywhere near the first-team in this form.

He just kept things tight in midfield but probably should’ve been brought on about ten minutes earlier.

Alexandre Lacazette was frustrating and clearly frustrated. The Frenchman showcased some wonderful pieces of play but he just wasn’t getting the right service from the rest of the Arsenal team.

Giroud came off the bench for Arsenal yet again and had his moments. The Frenchman very nearly grabbed himself an assist for Jack Wilshere but for a wonderful save from Rob Elliot.