Arsenal ran out 2-0 winners over West Bromwich Albion at the Emirates Stadium thanks to two goals from Alexandre Lacazette.

Arsenal welcomed back a familiar face for this match with Kieran Gibbs starting for the visitors and the Englishman’s new side created the best chances early on. Jay Rodriguez found space in the Arsenal box and was clearly brought down by Shkodran Mustafi. The referee played on and Rodriguez got back onto his feet to curl an effort off the inside of the post. Replays showed that Petr Cech got a hand on it.

The Gunners needed to wake up but little changed in the following minutes. The Gunners were far from productive offensively but found their best chance from a set piece. Jonny Evans fouled Mohamed Elneny on the edge of the Baggies’ box. Alexis Sanchez managed to get the ball over the wall and after Ben Foster got a hand to it, Alexandre Lacazette was on hand to head it into an empty net.

It was a scrappy affair in the first-half with the best opportunities coming from set pieces. The visitors grew into it as the half grew on and produced a couple of very good chances. Jay Rodriguez got on the end of a deflected cross and got his header past Petr Cech. Fortunately, Nacho Monreal was on hand to produce an inspired clearance off the line. The sound of the half-time whistle was a relief to the Arsenal players.

The second-half began a little more positively than the first ended. West Brom continued to give away a lot of fouls but didn’t carry the same threat going forward. Arsenal, on the other hand, did and pushed forward in numbers but had to wait for that crucial second goal.

Aaron Ramsey found some space down the left and got to the West Brom byline. He skipped past Allan Nyom who simply barged the Welshman over. The referee pointed straight to the spot allowing Alexandre Lacazette to double his and Arsenal’s tally.

The Gunners pushed on and dominated the second-half. West Brom couldn’t muster anything as the home side controlled the possession and started creating chances. They couldn’t take any of them but by then, the work was done.

He played well. Petr Cech made one especially good save to deny Jay Rodriguez early on and let very little past him. He has done well in recent weeks. 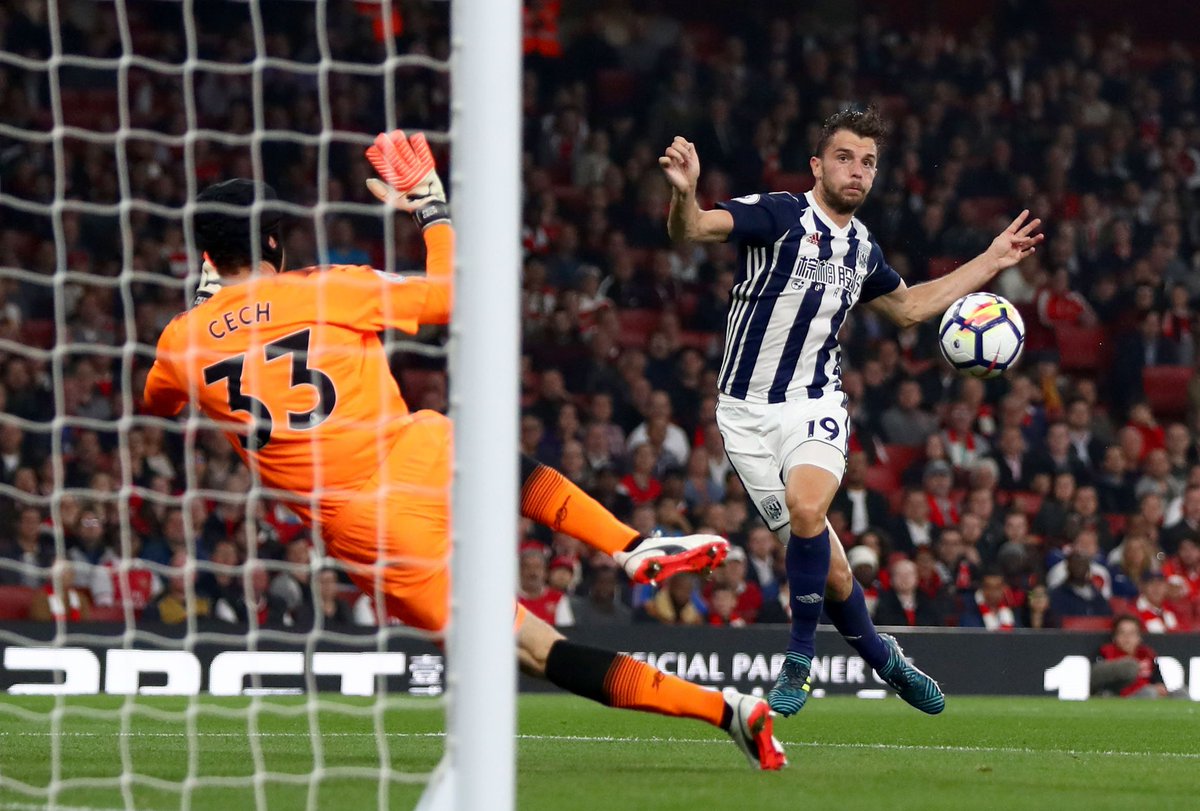 Good performance from Laurent Koscielny. He was quick to get out to the wings to cover and sturdy in the tackle.

A really poor performance from Shkodran Mustafi. He should have given away a penalty within the opening five minutes of the match and that set the tone for his evening. He did win more than his fair share of aerial duels but was also clumsy, reckless and error-prone throughout.

Wonderful performance from Nacho Monreal. The Spaniard followed up his match against Chelsea with an equally impressive outing this evening. Monreal’s match will be remembered for that excellent goal-line clearance but that was just one part of a terrific match for him. 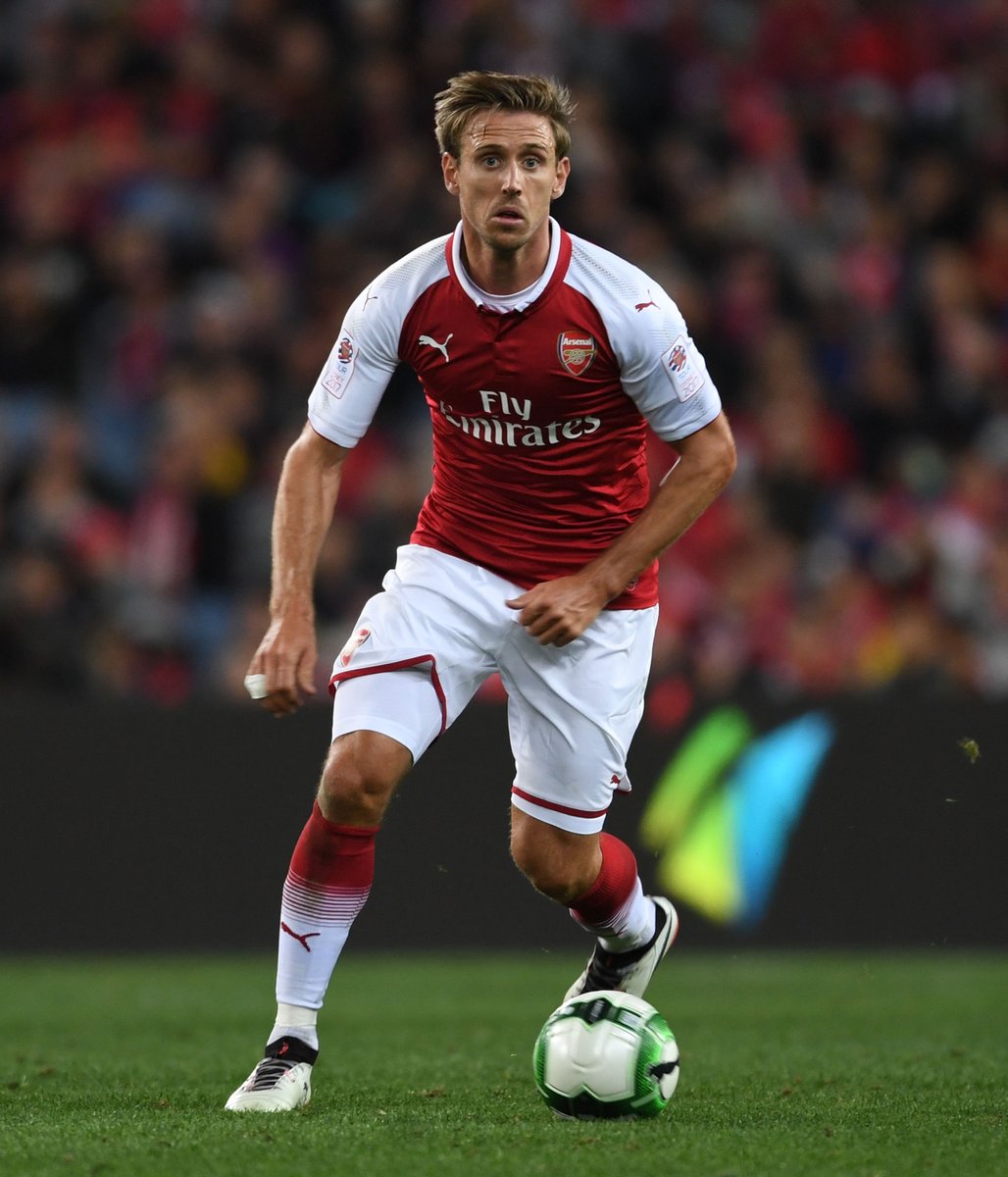 A good performance from Hector Bellerin. The Spaniard didn’t quite see as much of the ball as he did in the last home match but he can still be pleased with his outing. Lots of energy down the right.

He’s played better. Granit Xhaka gave the ball away a little too often in the centre of midfield, particularly in the first-half. That changed in the second as the Swiss midfielder started to control the match.

He did okay. Much like his midfield partner, he was a little shaky in the first 45 minutes but improved in the second. Mohamed Elneny did well defensively but his offensive play was a little lacking.

He was okay. Much like Hector Bellerin on the opposite flank, he played well but wasn’t utilised as much as usual. Sead Kolasinac was typically solid in the tackle and tidy on the ball. 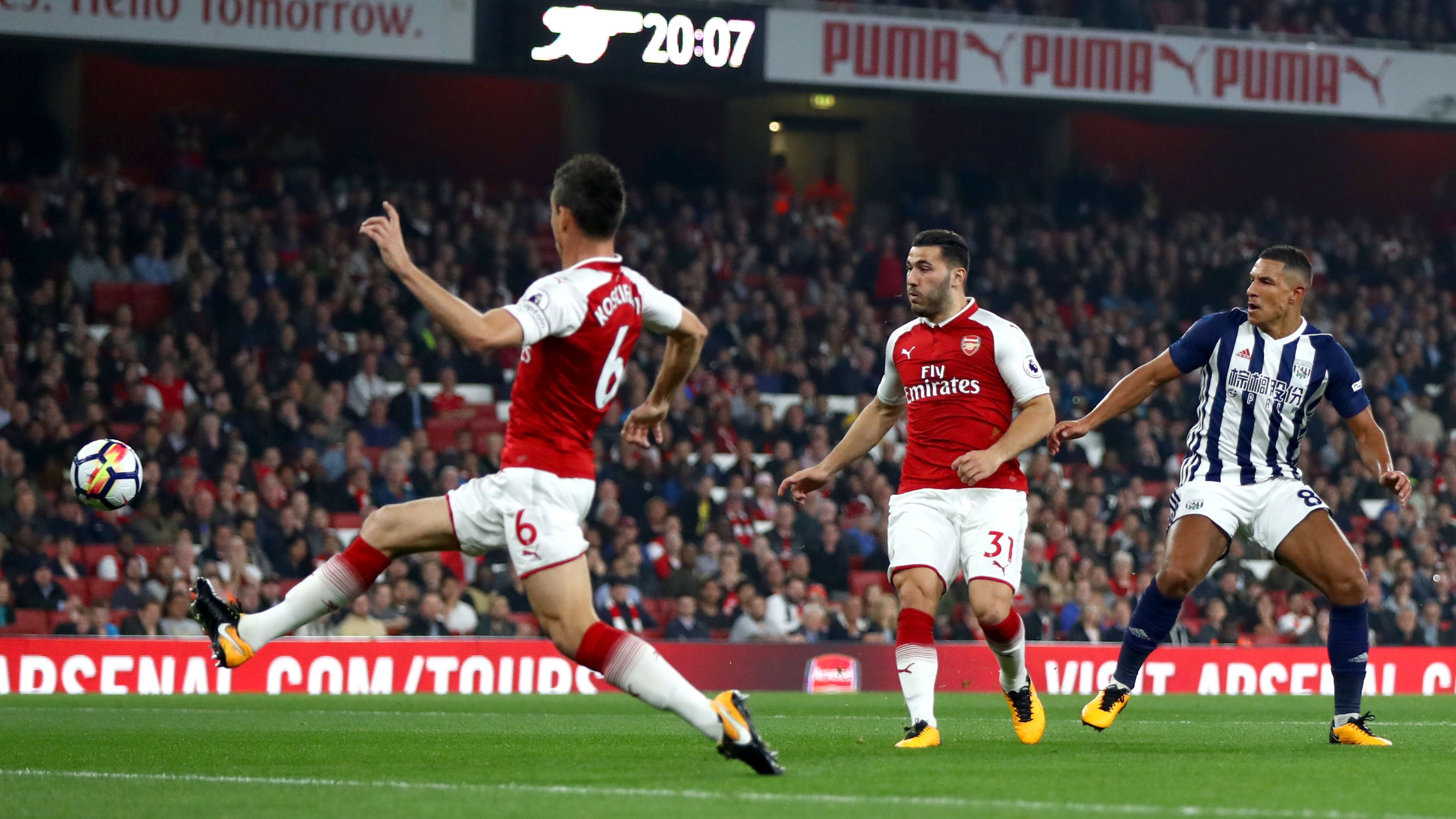 A bit of a mixed bag from Aaron Ramsey. He gave the ball away a bit too often but his forward runs were excellent. The Welshman showed great fluidity in this new position.

He was okay. Alexis Sanchez didn’t do a great deal in open play and was mostly a threat from set pieces. The Chilean doesn’t quite look match fit but 90 minutes here should help him. 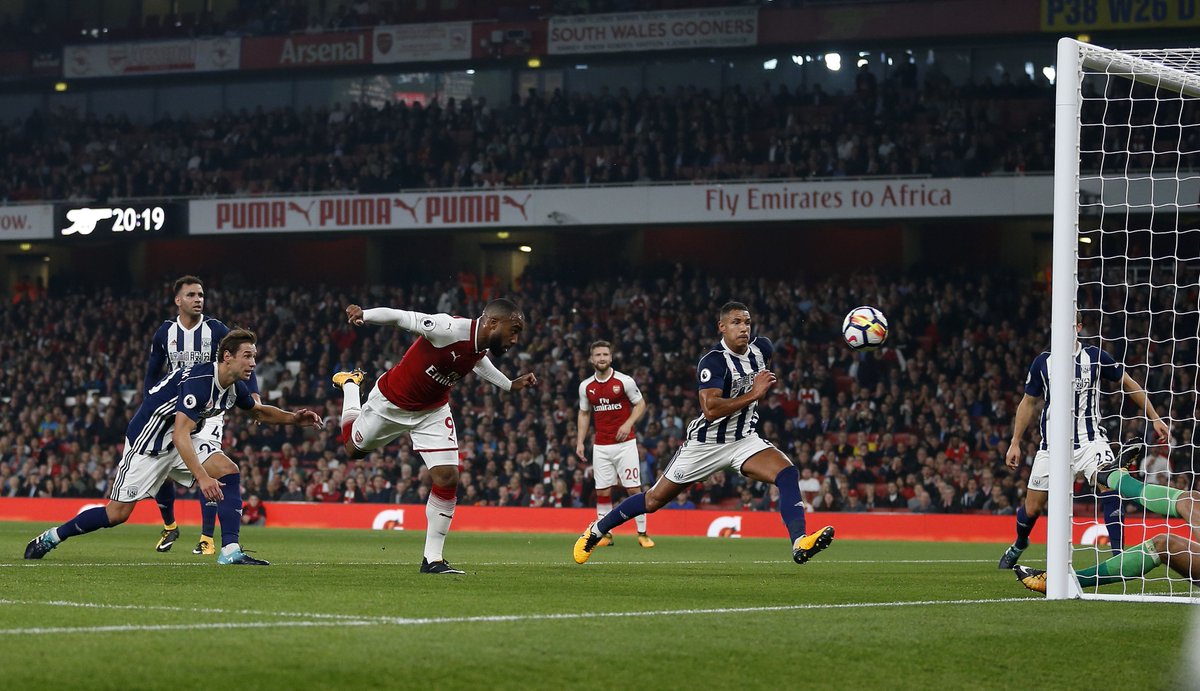 This is exactly what Arsenal were missing, a lethal finisher up front. Alexandre Lacazette was just that this evening as he grabbed both of Arsenal’s goals. The Frenchman oozed class throughout and can be pleased with his evening.