Arsenal reached the semi-finals of the Carabao Cup courtesy of a less-than exciting 1-0 victory over West Ham United.

It was hardly a pulsating first-half of football at the Emirates. West Ham sat deep and the Gunners were just too static to create anything in the way of chances.

Theo Walcott missed Arsenal’s best chance just after the half-hour mark when he put a low header well wide of the goal much to the frustration of the home fans.

Many at the Emirates were probably a little irritated by their side’s build-up play but, fortunately, the Gunners’ first shot on target found a way into the net. Danny Welbeck seized upon a loose ball in the box and eventually bumbled it past Joe Hart in the Hammers’ goal.

The second-half began very much like the first. Both sides sat deep and failed to string a meaningful attack together with one of the most entertaining moments of the match being the substitution of the fourth official.

The Hammers brought on Andy Carroll in the second-half and while they looked a little more threatening, the Gunners rarely looked like conceding.

He didn’t have a great deal to do on the night. David Ospina was rarely tested but got in the way of everything he needed to, especially once the crosses started to come in for West Ham in the last twenty minutes.

Mathieu Debuchy was fine. The Frenchman looked very comfortable at right-back with some solid defending and well-timed offensive runs.

Calum Chambers was barely tested at the back in the first-half but did well when West Ham grew into the match after the break and introduced Andy Carroll. An impressive second 45 minutes for the Englishman. 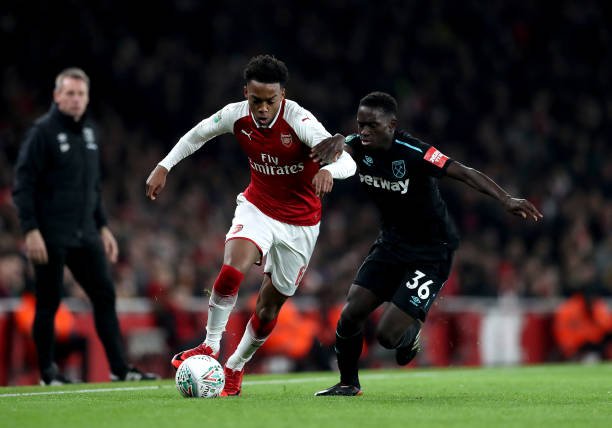 Rob Holding was fine but perhaps a little fortunate not to concede a penalty after what looked to be a foul on Javier Hernandez in the second-half. It started well outside the box but continued into it.

A bit of a mixed bag for Sead Kolasinac. It was strange to see the Bosnian amongst this cup team but he was far from the most impressive player in the side. His touch let him down at times and he carried little attacking threat.

An off day for Mohamed Elneny moving forward but his all-around game was solid. The Egyptian couldn’t do anything right in the final third but his play in the rest of the pitch was good enough.

He was fine. Francis Coquelin kept things solid at the back and didn’t stray too far from his position. 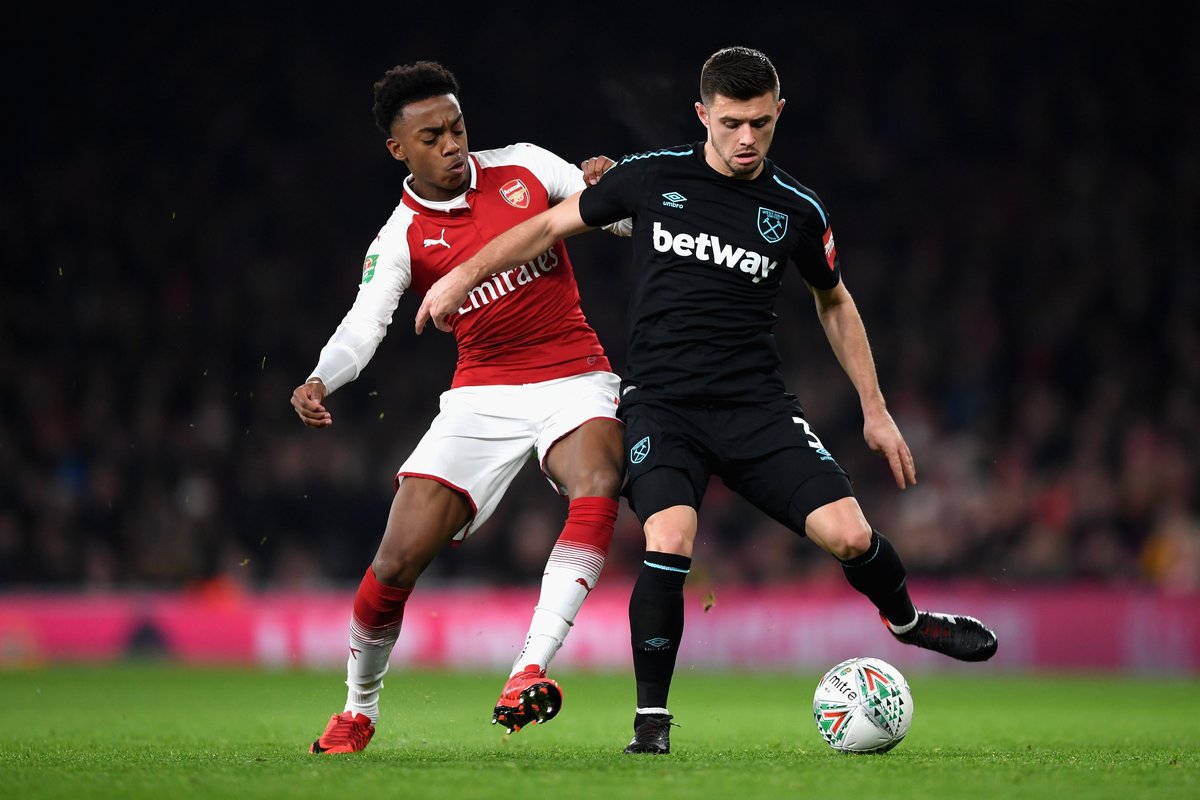 He did okay this evening. Joe Willock started this one slowly but grew into the match as it progressed. The young midfielder’s highlight was a wonderful mazy run into the West Ham box just after the hour mark.

He was poor. Theo Walcott just couldn’t get going this evening and looked surprisingly tired as the game progressed despite how little he has played in recent months. 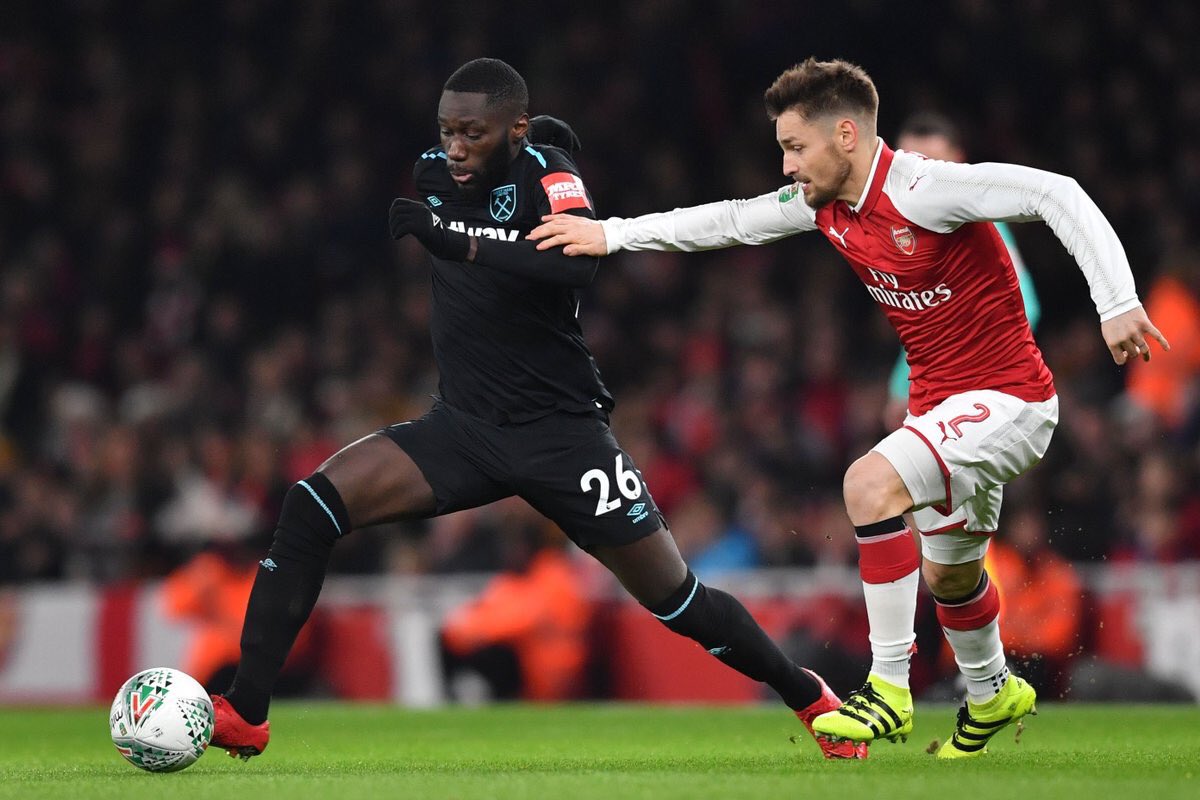 He was the best of a bad bunch in this Arsenal front three. Danny Welbeck grabbed the game’s opening goal and actually had a few moments where he looked to threaten the West Ham backline.

He was very quiet this evening. Olivier Giroud seems to have improved his offensive positioning and finishing in recent months but his buildup play has diminished. He just didn’t see a great deal of the ball and he won’t for a while after picking up what looks like a hamstring strain.

Some decent touches but not enough time on the pitch to make an impact.