A late error from Laurent Koscielny gifted Antoine Griezmann a goal as Arsenal threw away a lead against ten-man Atletico Madrid.

It’s fair to say that this was Arsenal’s biggest match at the Emirates Stadium for close to a decade and things got off to a fantastic start for the home team. Atletico’s right-back, Sime Vrsaljko picked up the game’s first yellow card early on and picked up the second just a few minutes later.

Arsenal were already on top but pushed forward in numbers once they had the numbers advantage. Alexandre Lacazette came close with a couple of opportunities before Danny Welbeck forced a fine save from Jan Oblak.

The Gunners continued to push forward in pursuit of that crucial opening goal but just couldn’t get past Oblak in the Atletico goal. Jack Wilshere and Nacho Monreal both came close before the visitors grew into the match. David Ospina pulled off a remarkable save to deny Antoine Griezmann.

Arsenal started the second half knowing that they needed to take advantage of this situation. A tiring ten-men Atletico team awaited them and, thankfully, they grabbed a goal. Jack Wilshere picked up the ball down Arsenal’s right and chipped a fine ball into the back post. Alexandre Lacazette climbed higher than anyone and his downward header beat the impressive Jan Oblak.

The Gunners continued to push forward and kept creating opportunities which went untaken. The chance was always there for Atletico to punish them and, eventually, it came. A horrible error from Laurent Koscielny and his French teammate, Antoine Griezmann was in to score.

It was a horrible end to what was an incredibly frustrating night at the Emirates.

David Ospina played well. The Colombian didn’t have a great deal to do but produced one outstanding save to deny Antoine Griezmann in the first half. He was ready when needed.

He did well. Hector Bellerin spent far more time attacking than defending and was quite productive moving forward. He seemed to be hitting the target with his crosses well.

Shkodran Mustafi didn’t have a great deal to do for the most part but lost concentration for that crucial Atletico Madrid goal. 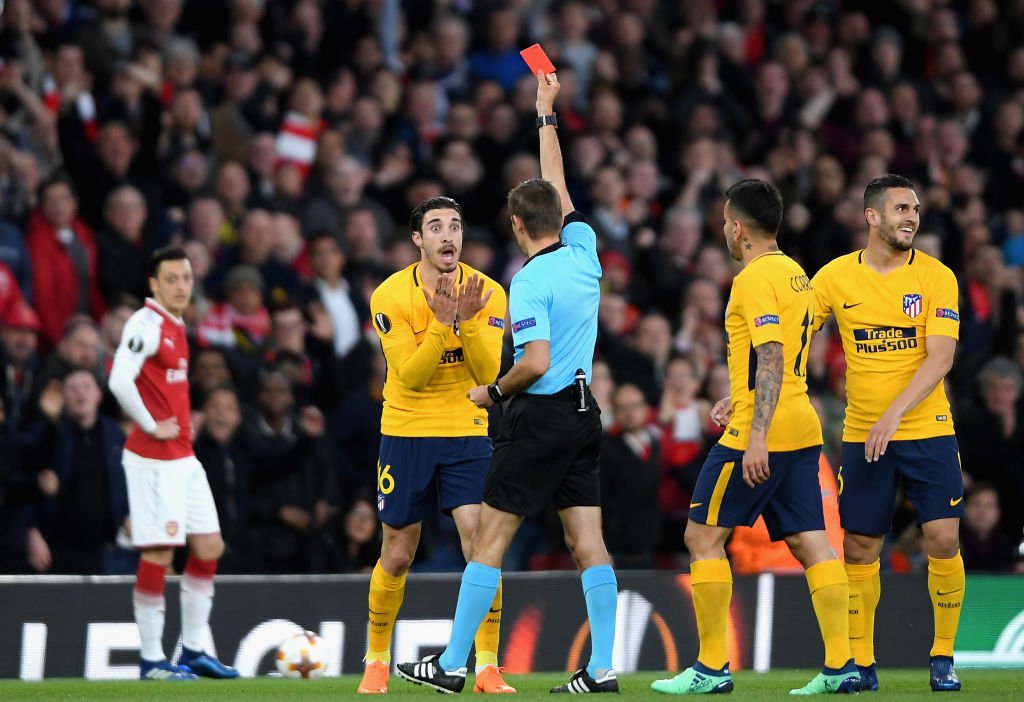 What on earth was he thinking? Laurent Koscielny was having a decent match but lost his concentration at the time he needed it more than ever. It was a horrible error from the captain for that crucial Atletico Madrid goal.

He did okay. Nacho Monreal was guilty of playing Antoine Griezmann onside for the goal but his central defenders were far more at fault.

He did okay. Granit Xhaka saw a lot of the ball and kept it reasonably well, if a little too cautiously. The Swiss midfielder also had a few too many efforts from range. 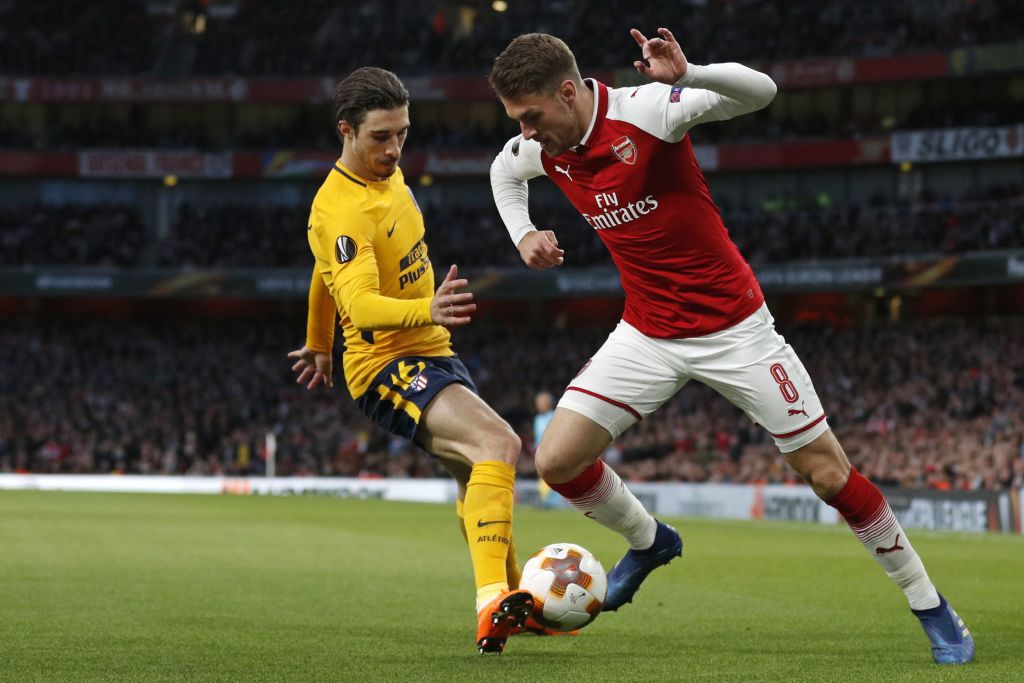 He did okay. Jack Wilshere was a little quiet on the night but showed some quality on the ball.

Mesut Ozil drifted in and out of a match which he really needed to dominate. The German saw a lot of the ball and created some decent opportunities but will be disappointed with his night.

A frustrating night for Aaron Ramsey. The Welshman worked extremely hard and got into all the right areas but his final ball was either lacking in quality or stopped by the impressive Jan Oblak or one of the centre-backs. 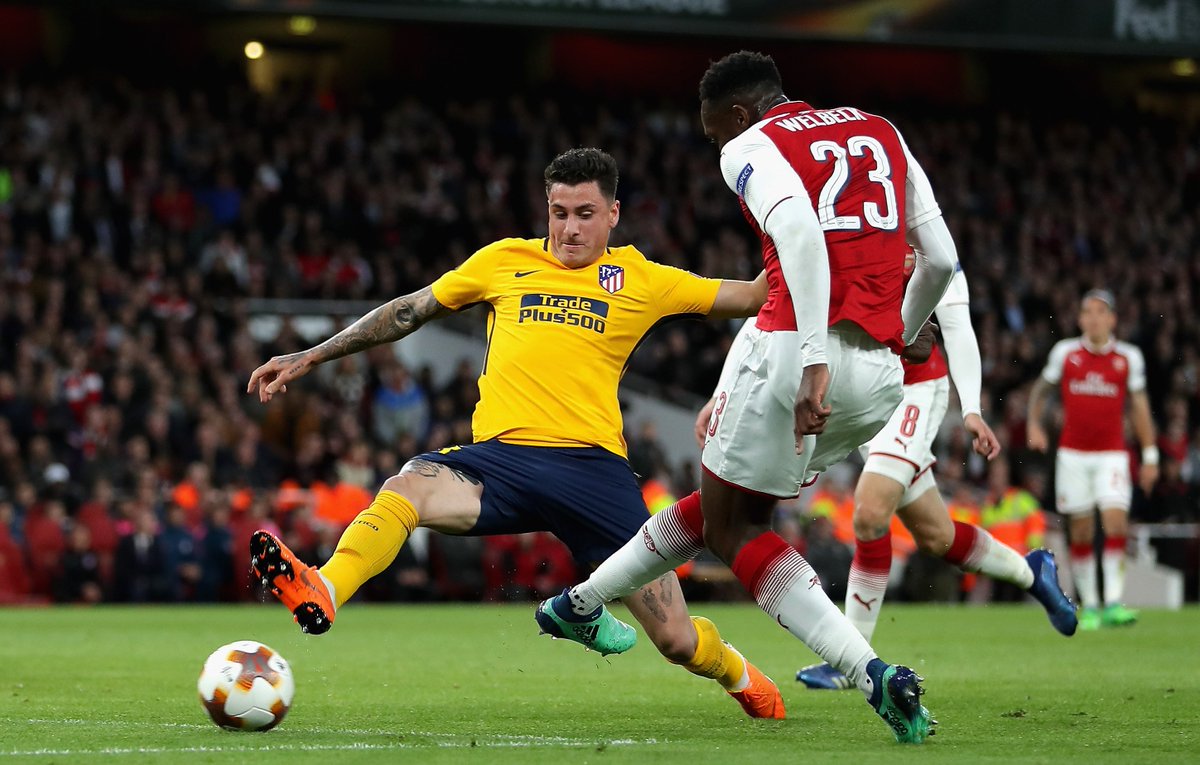 He played well. Danny Welbeck was Arsenal’s best player for much of this match with his impressive work rate and buildup play. He appeared to tire as the game went on.

He got that crucial goal and looked lively all night but Alexandre Lacazette will be disappointed he only got one. The Frenchman was on the end of a whole host of chances but couldn’t keep his head at the crucial moment.

Arsenal apology ‘we made a mistake and withdraw from Super League’

Arsenal star surprisingly reveals he is ‘open to a new adventure’