A late Alexandre Lacazette goal rescued a point for Arsenal against Liverpool at the Emirates.

It was a fascinating match in prospect at the Emirates. Both teams are known for their fine attacking players and similar styles of football so goals were expected.

Unfortunately, things didn’t quite go as plan in a cagey opening 15 minutes. There was little to separate the teams before Liverpool started to make some headway. The visitors had a number of good opportunities all within a ten-minute period. Fortunately, both Virgil Van Dijk and Andrew Robertson missed their chances and Sadio Mane’s goal was ruled out for offside.

The Gunners grew into the match and created their own spell of dominance. Henrikh Mkhitaryan came close to breaking the deadlock when he won a header against Liverpool’s Allison Becker. Unfortunately, the Armenian’s header also drifted past the post.

There were further chances for Pierre-Emerick Aubameyang and Alexandre Lacazette which went untaken before Virgil Van Dijk went up the other and hit the post from a header just on the brink of halftime.

The Gunners started the second half as the better side. The Gunners were entrenched in their opponents’ half. The Gunners saw a great deal of possession but struggled to translate that into clear-cut opportunities and were made to pay.

Liverpool crafted what was effectively their first attack of the half. They broke down Arsenal’s right-hand side and worked a dangerous cross into the box. Bernd Leno got a hand to it but unfortunately, his palmed clearance fell straight to James Milner who drove the ball into the back of the net.

The Gunners needed a response and the substitutes came from Unai Emery. Alex Iwobi was one of them and the Nigerian international had a major hand in the equalising goal.

Iwobi slid a ball through the lines to Alexandre Lacazette who was forced out wide. Alisson came out to challenge the Frenchman but didn’t get anywhere near it. Lacazette was calm and cut back inside before curling the ball into the far corner of the net.

Both sides seemed content with the point in the final ten minutes as the game petered out at 1-1.

Bernd Leno actually played well for most of the match but as always, goalkeepers are judged on their mistakes. The German made a couple of foolish errors and unfortunately, the Gunners paid for them.

Hector Bellerin played well down the right. The Spaniard showed signs of fatigue as the game wore on but he can be pleased with his efforts.

The German made a couple of errors to sully his performance but he played well. Shkodran Mustafi was quick off the mark and typically aggressive defensively but today it paid off for him. 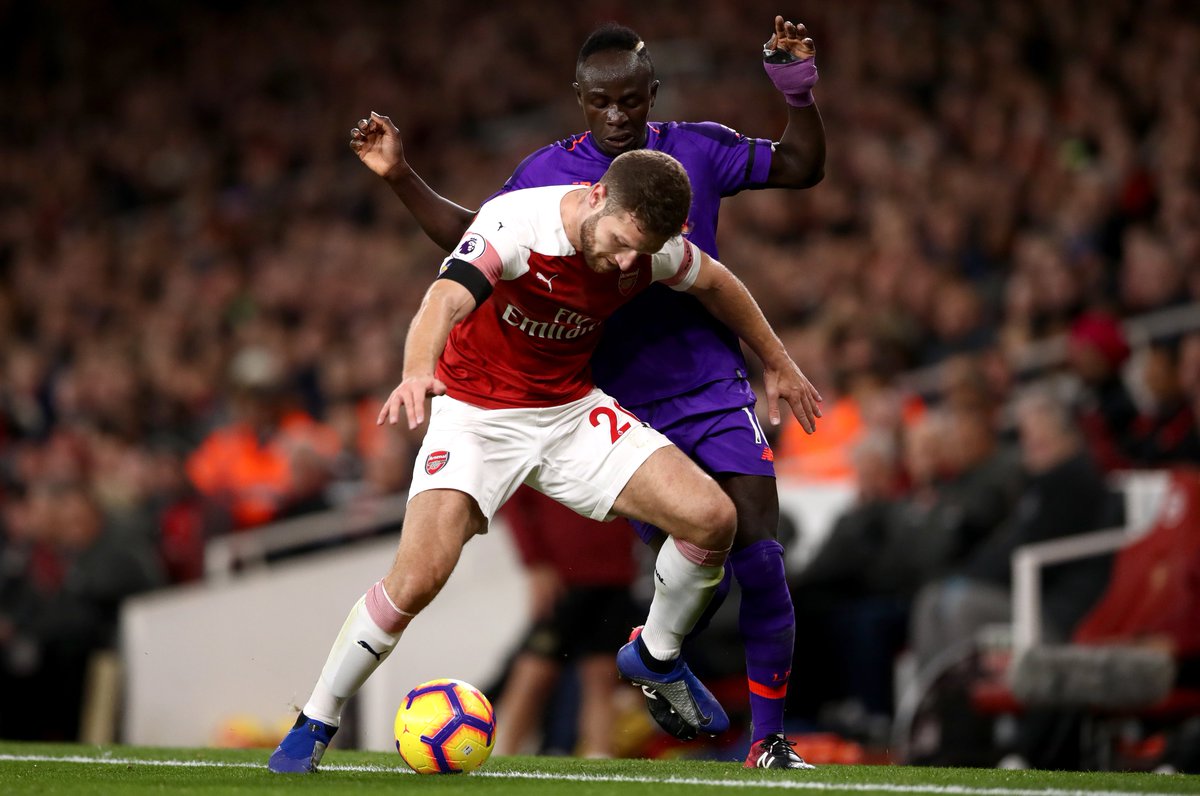 He played well. Rob Holding started slowly but grew into it as the game progressed. The Englishman was composed but his ability on the ball was lacking at times.

Sead Kolasinac but in a good shift on his return from injury. The Bosnian worked hard in both parts of the pitch but his end product was lacking.

A very good performance from Granit Xhaka. The Swiss international controlled the midfield for most of this match and showcased a fine passing range to keep the Gunners ticking along. 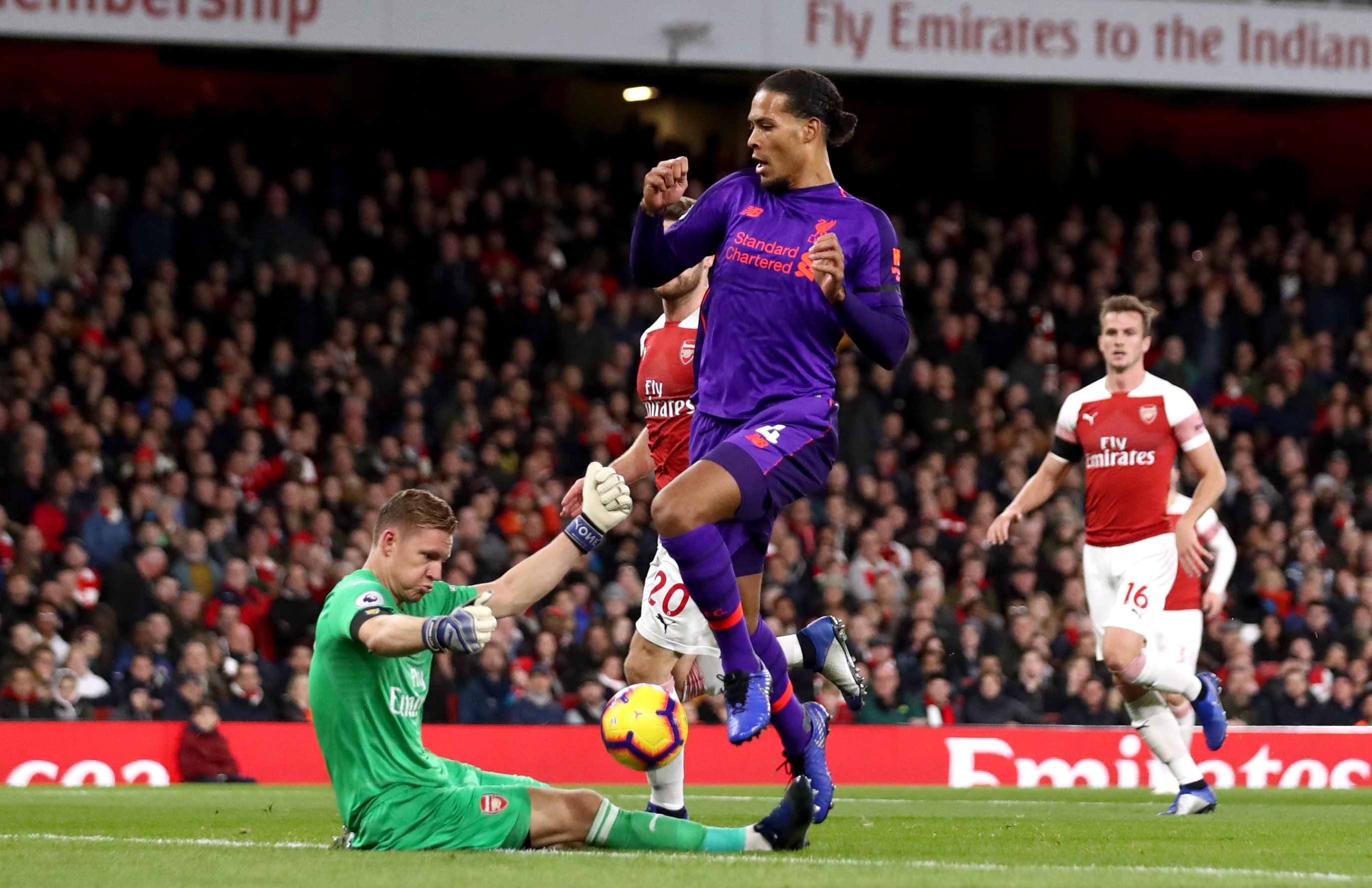 A standout performance from Lucas Torreira alongside Xhaka. The Uruguayan was brilliant defensively and helped keep Liverpool’s attackers quiet for most of the match.

He did okay. Henrikh Mkhitaryan worked hard and pressed well high up the pitch. The Armenian does seem to be lacking a little confidence as shown with his time on the ball.

Alex Iwobi did well. The Nigerian international played a wonderful pass for the goal and looked lively throughout.

He came in and out of the match. Mesut Ozil linked up well with the rest of the attackers, with his flicked through ball for Alexandre Lacazette in the first half a stand-out. 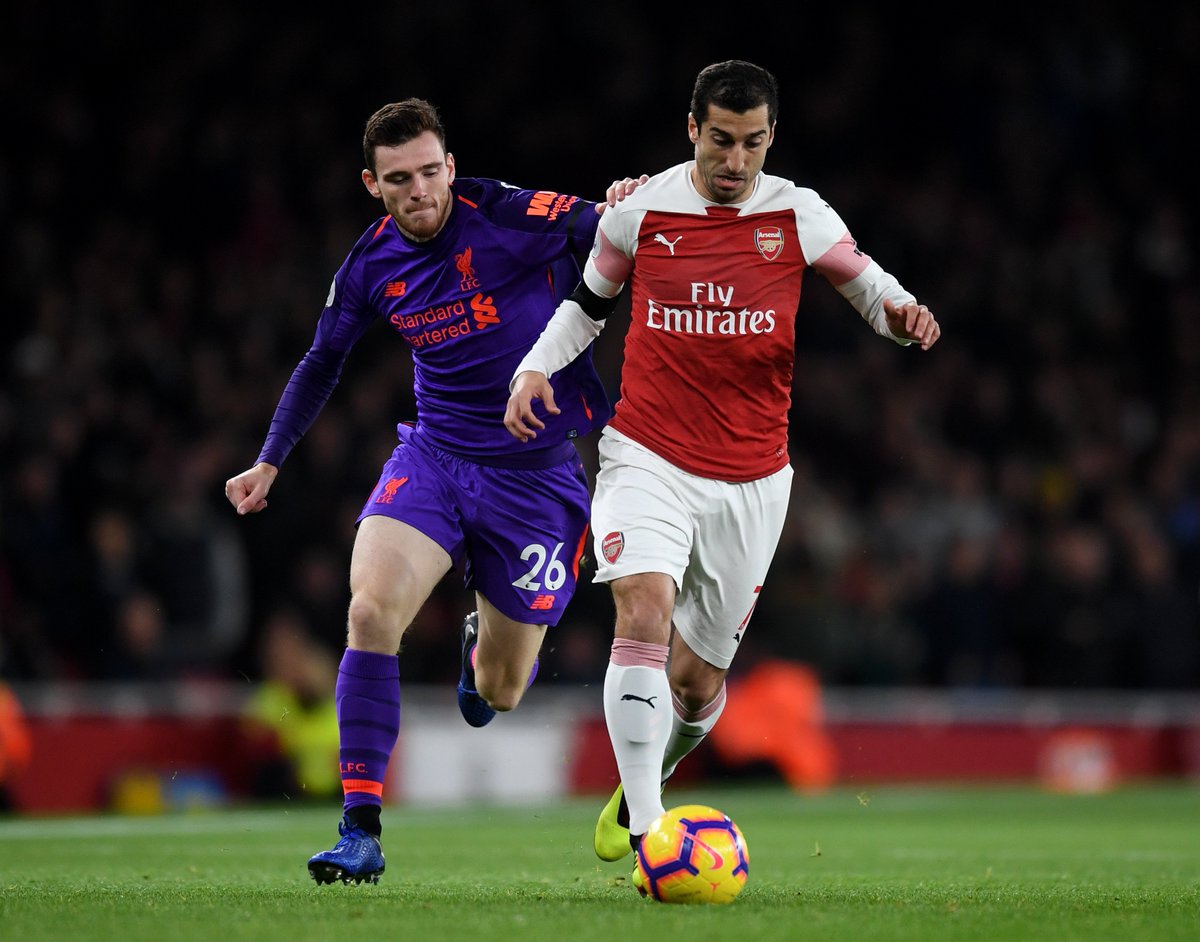 He started well but Pierre-Emerick Aubameyang drifted out of it as the game progressed. The Gabon international missed his big opportunity in the first half and didn’t get much of an opportunity for a second.

A disappointing twenty minutes from Aaron Ramsey. The stage was set for the Welshman to stretch a tired Liverpool defence but he couldn’t get into it.

Alexandre Lacazette didn’t play particularly well but he produced one moment of exceptional quality to save Arsenal. The Frenchman’s goal was outstanding but he was anonymous for much of the match.