Arsenal were fortunate to escape with a point after a disappointing 1-1 draw with Wolves at the Emirates.

It was a slow start to the match for Unai Emery’s men. Arsenal struggled to get into the match against a solid defensive setup from the visitors. Wolves pressed high and defended deep and the Gunners struggled to break them down.

It meant that most of Arsenal’s passing occurred away from the final third of the pitch and that was where the opening goal came from. Sead Kolasinac squared a ball for Granit Xhaka and the Swiss international made the mistake of letting the ball run past him. Ivan Cavaleiro seized upon the loose ball and played a pass out wide before getting on the end of the cross to hit it past Bernd Leno.

It’s not the first time Arsenal have fallen behind at home in the last few weeks and the Gunners have always responded. The home side did press forward during the remainder of the first half and created a couple of chances of their own. Alexandre Lacazette came close to equalising but his shot was cleared off the line.

Half-time came and went but the problems continued for the Gunners after the break. It took Arsenal almost 60 minutes to fashion their first shot on target when Lucas Torreira forced a save from Rui Patricio with a fine effort from the edge of the area.

Just ten minutes later and Arsenal created their best chance of the match. Some good buildup play saw Hector Bellerin have time to pick a cross down the right. He slid a ball into the feet of Pierre-Emerick Aubameyang who just had to tap it home but his scuffed shot hit the outside of the post and behind.

Aaron Ramsey came on for Mesut Ozil and very nearly found the equaliser. Rui Patricio stopped the Welshman but the Gunners hit back from the resulting corner. Henrikh Mkhitaryan found some space and his inswinging cross evaded everyone and into the back of the net.

The Gunners pushed forward in the final ten minutes and it created space for their opponents. Wolves couldn’t have come closer to scoring when Morgan Gibbs-White struck the inside of the post from a fine shot shortly before the referee blew for full time.

Bernd Leno played very well today. He made a couple of important stops to keep the scoreline low. An outstanding performance from Leno.

He was one of Arsenal’s best players on the day. Hector Bellerin worked hard and showed some good end product in the final third. 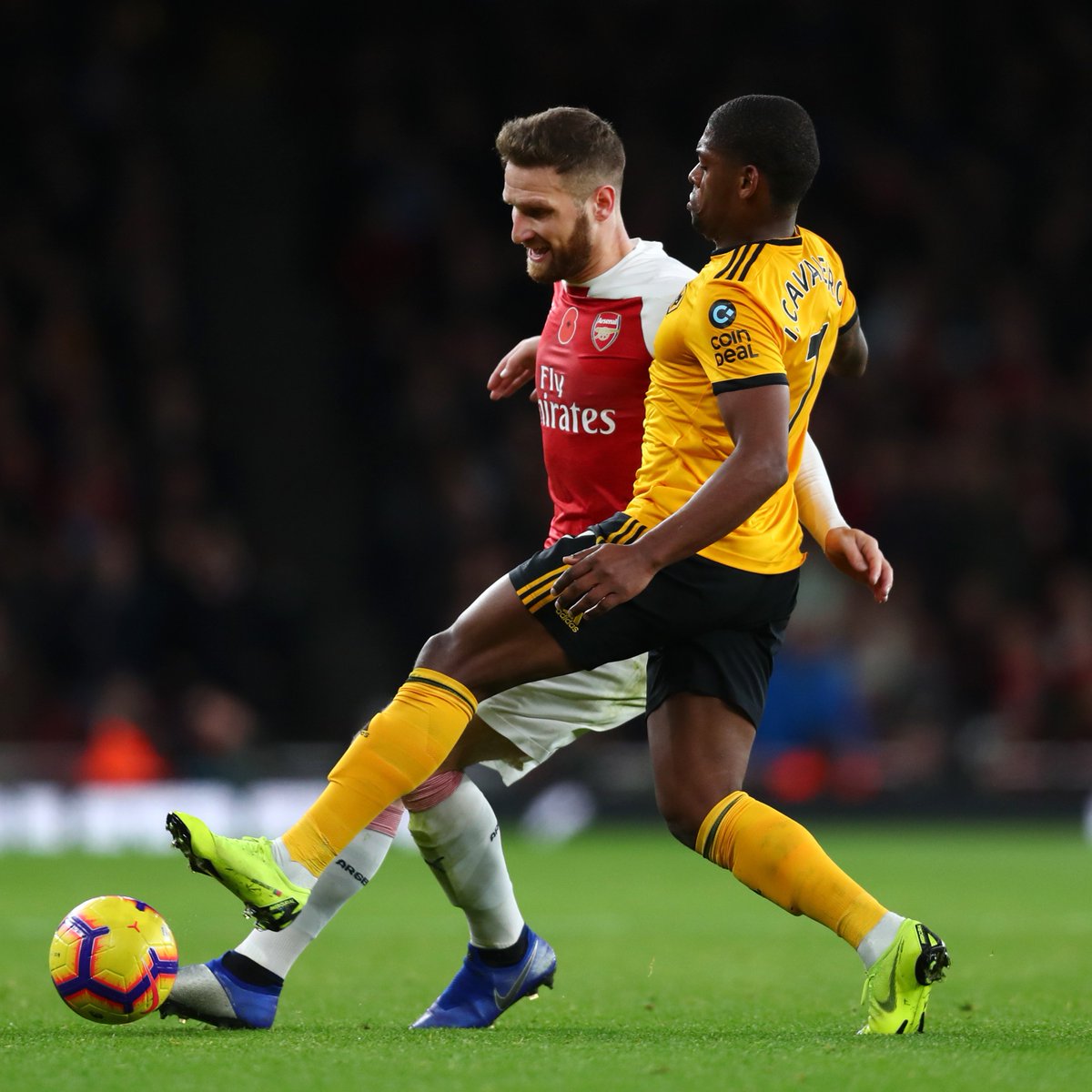 Shkodran Mustafi was a little quick to go to ground as the Gunners struggled defensively.

He was better than his defensive partner but not by a great deal. Rob Holding struggled defensively.

He did not play well. Sead Kolasinac struggled at both ends of the pitch with wayward passing and some poor decision-making.

He made a difference. Henrikh Mkhitaryan may not have intended his goal but it came at such a crucial time.

He struggled today. Lucas Torreira made a number of errors which hurt his side and had to do a lot more with the ball than without it 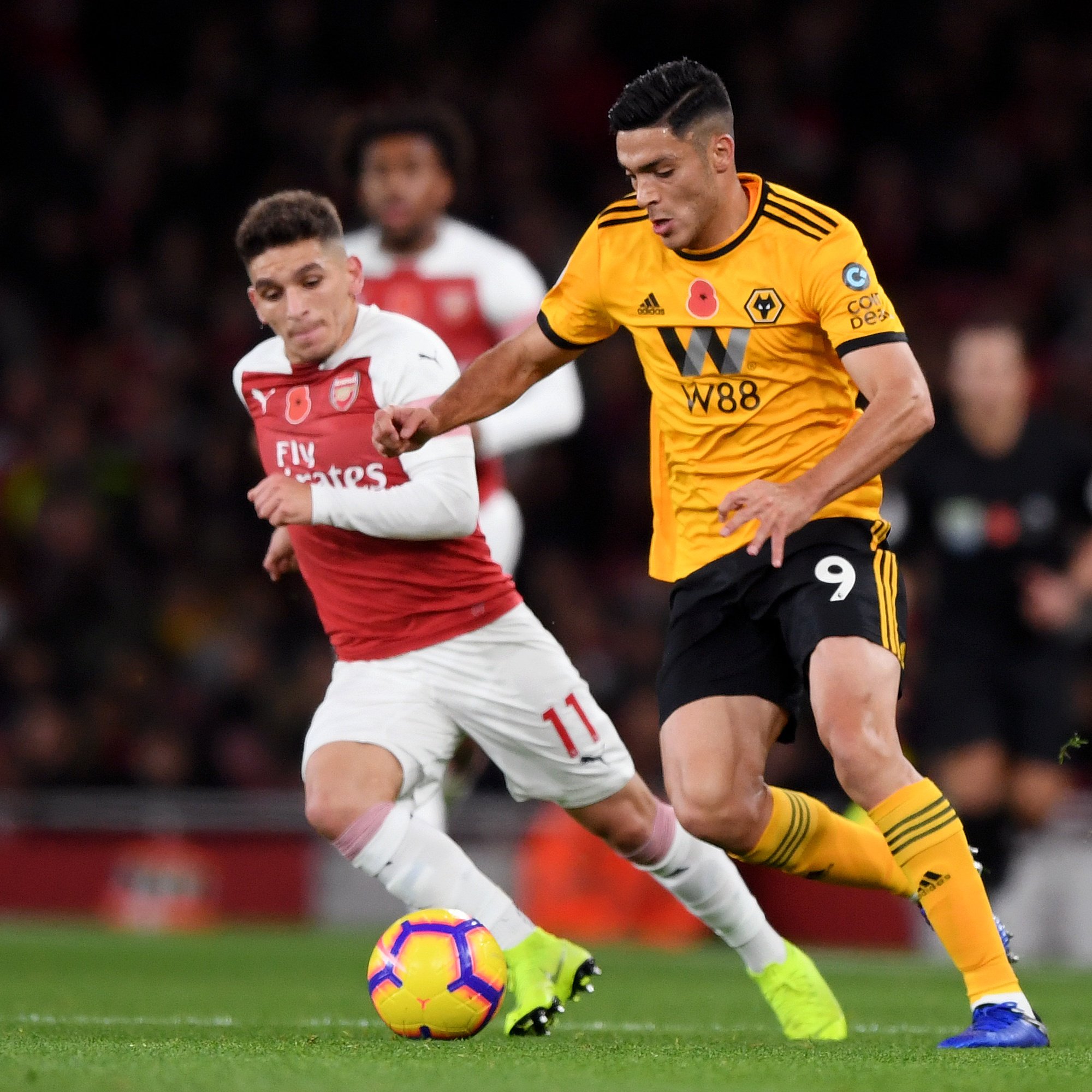 He did not play well. Granit Xhaka had an error-prone evening for the Gunners and lost the ball routinely.

Mesut Ozil was forced into a deeper role this evening and his influence on the match waned. He struggled and was replaced.

Aaron Ramsey played well after coming on as a sub. The Welshman moved well and helped Arsenal’s attack.

He was the strongest member of Arsenal’s attack in the first half so it was a bit of a surprise to see Alex Iwobi substituted at the break. The Nigerian was an eager runner and one of the few sources of creativity in red.

Matteo Guendouzi played well in the second half. The Frenchman moved the ball better than the rest of Arsenal’s midfielders. 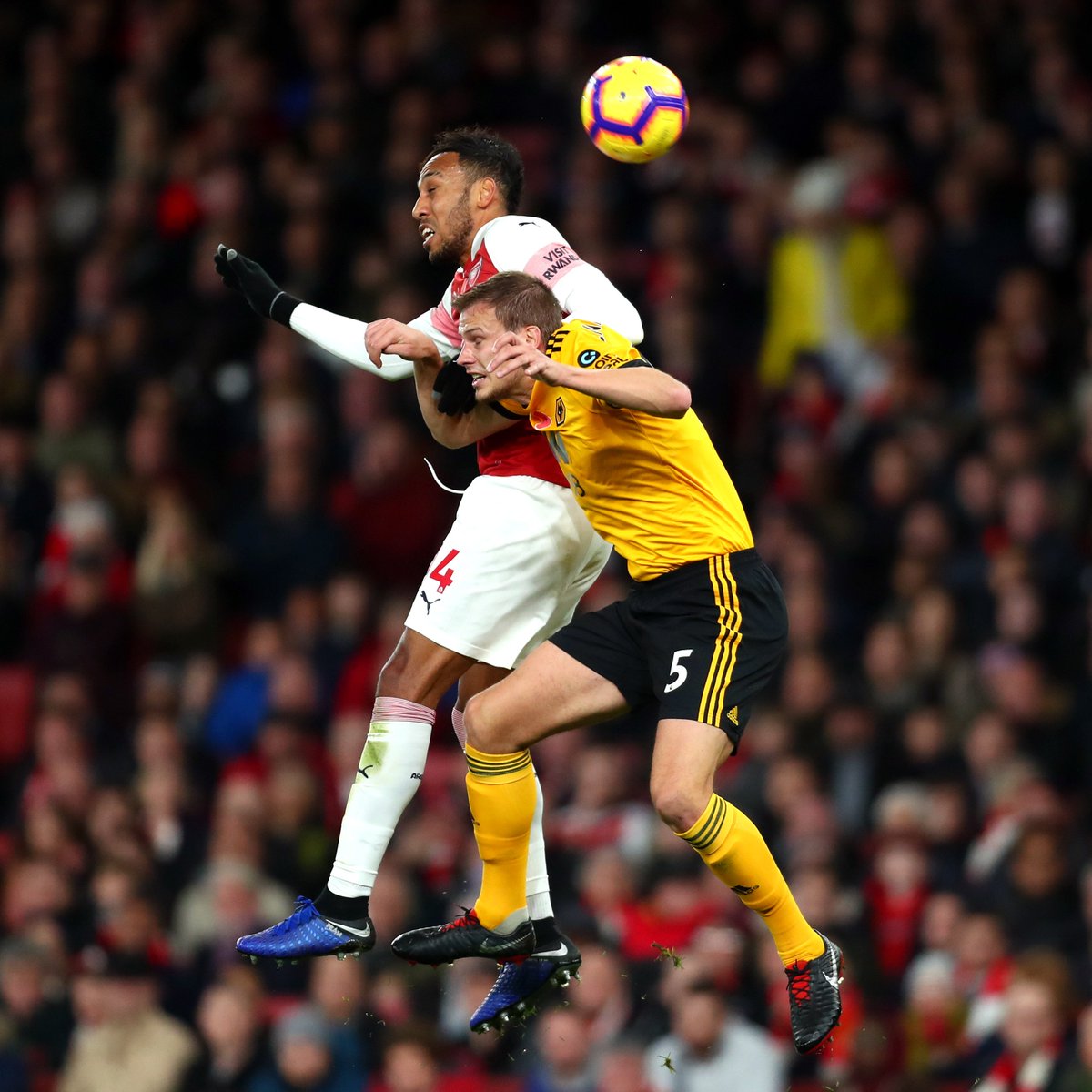 Pierre-Emerick Aubameyang didn’t see a great deal of the ball but was a threat in a small stretch of the second half. The forward really should have scored that crucial chance though.

Much like his strike partner, Alexandre Lacazette suffered from a lack of space and service. The Frenchman couldn’t make his mark on the game.