Arsenal lost 3-1 on penalties to Atletico Madrid in Singapore after the 90 minutes finished in a 1-1 draw.

Unai Emery made a number of changes to the side which beat Borehamwood in the opening match of pre-season as the Gunners prepared to take on Atletico Madrid.

Reiss Nelson looked lively in the early exchanges. The 18-year-old went on a powerful inside run past the Spanish side’s defence but couldn’t create anything with the cross.

Jan Oblak put in a fine performance in the Atletico goal. He produced a string of excellent saves to deny strikes from Alexandre Lacazette on a couple of occasions.

It was three months to the day since the Gunners took on Atletico in the first leg of their Europa League semi-final. Arsenal were reduced to a 1-1 draw in a match they dominated that day and this felt very much the same.

Angel Correa whipped in a fine ball from the right flank and found the onrushing Luciano Vietto who headed home from the centre of the area just before the break.

Both sides made changes at the break and it was Arsenal who came out as the better side. Pierre-Emerick Aubameyang slid it through to Emile Smith Rowe who cut inside, burst past a couple of defenders before curling a wonderful shot into the far top corner.

The changes came for Arsenal just after the hour mark and as often does in pre-season matches, mass substitutions took much of the pace out of the match. The game ticked by in the final 20 minutes with little in the way of action for either side as it went to penalties.

Arsenal fans will probably be wishing it hadn’t. A woeful showing in the shootout saw the Gunners convert just one of their spot kicks as Atletico took the shootout 3-1.

He didn’t have a great deal to do on what was his first start for the club. Bernd Leno couldn’t do much more to stop the Vietto goal either.

Petr Cech impressed. The Czech stopper made one fantastic save to keep it at 1-1 and was solid throughout especially when handling the ball.

He was fine. Arsenal switched to a back three with Calum Chambers in the team and looked solid. 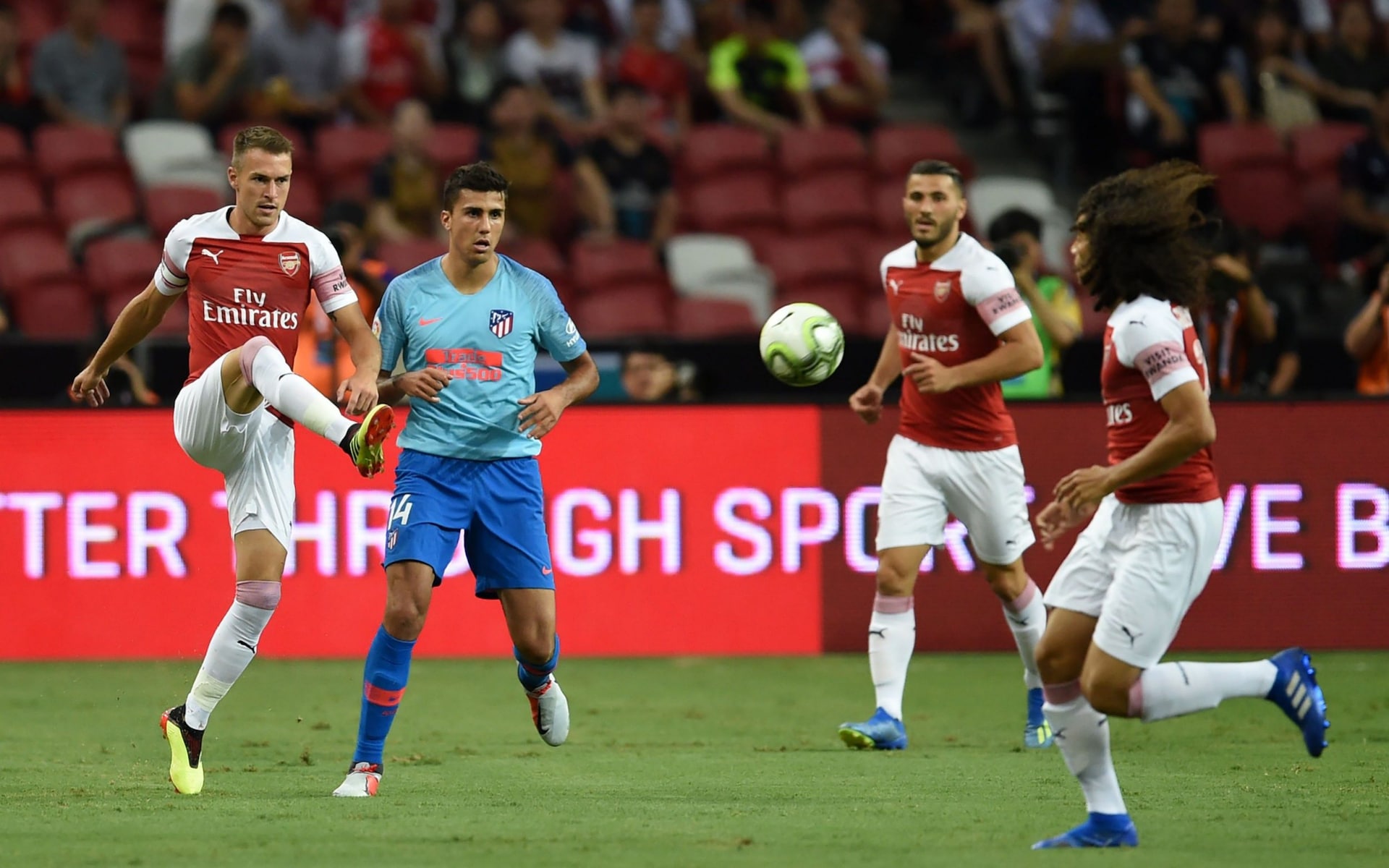 Rob Holding will be a little disappointed with his performance. The Englishman was at fault for the opening goal of the match after being dragged out wide and failing to block a cross.

A quiet one for Shkodran Mustafi. He can’t be too disappointed with his first start of pre-season.

Mavropanos looked a little shaky at times but recovered well as the match went on.

He was okay. Sead Kolasinac couldn’t quite get into the positions which Unai Emery was audibly yelling for him to get into but played relatively well. He’s played better. Aaron Ramsey’s movement was good for a pre-season match but he appeared a little complacent on the ball. He overcomplicated matters at times and very nearly gifted Atletico a goal in the second half.

Solid as ever in possession and worked hard in the middle. A good 30 minutes from Ainsley Maitland-Niles.

Matteo Guendouzi was given a lot of responsibility at the base of the midfield and performed well. He looked solid in possession, particularly in the first half but appeared to tire as the match progressed. Still, a good day for him.

He looked very sharp, particularly in the first hoalf. Reiss Nelson can be pleased with his performance.

Lucas Perez did not impress. He could barely keep hold of the ball for his team.

Arsenal have a history of showcasing impressive young players on their pre-season tours and it Emile Smith Rowe certainly put his name forward today. A fine performance from the youngster was capped with an excellent goal.

He looked sharp. A solid 30 minutes from Osei-Tutu. 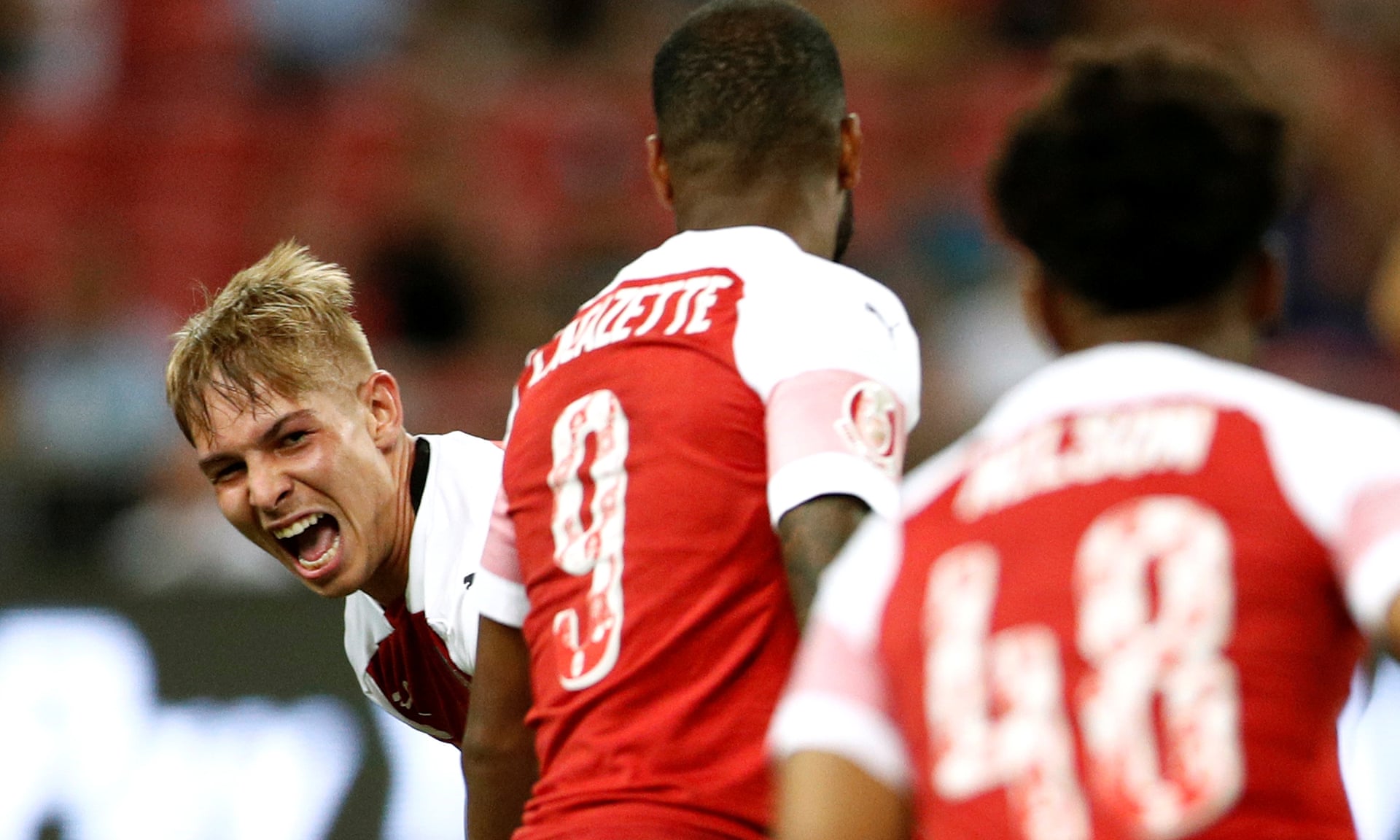 A bit of a stop-start performance from Pierre-Emerick Aubameyang. He looked sharp moving across the pitch but was fairly unproductive on the ball.

He’ll be a little frustrated. Henrikh Mkhitaryan couldn’t find much of the ball.

He would have been frustrated with his evening in Singapore. Alexandre Lacazette created a couple of opportunities for himself but was thwarted by ythe impressive Jan Oblak.

A quiet cameo from Eddie Nketiah.