Arsenal secured their fourth straight win, triumphing 2-0 against Brighton at the Emirates Stadium.

Arsenal started this midday kickoff on the front foot. Nine of the starting players didn’t travel to Belarus in midweek so they were well rested and it showed. Alexandre Lacazette picked up the ball 25 yards from goal and unleashed a powerful half-volley which slammed off the post within the first 70 seconds of the match.

The game fell into a pattern. Brighton dropped deep and invited Arsenal to try and break them down. Aaron Ramsey, Granit Xhaka and Alex Iwobi saw a lot of possession but the Gunners could not create more than a few opportunities from range in the early exchanges.

The home side needed a set piece to break the deadlock but it came within 16 minutes. Granit Xhaka’s wide free-kick caused panic in the Brighton box with Shkodran Mustafi and Hector Bellerin getting shots in before Nacho Monreal finally steered it in.

Arsenal were expected to kick on after that goal but it was the visitors who responded better. The shackles were off Brighton as they pushed forward and very nearly got their reward. A wide free-kick was excellently worked by the visitors as they set up for a cross but instead laid the ball off for Solly March to hit one from range. The former-Lewes FC man smacked the ball off Petr Cech’s post.

Arsenal responded with some pressing of their own and started forcing mistakes from the Brighton defence. Alexandre Lacazette should have scored one before Aaron Ramsey had one of the best chances of the half. A lightening break from the home side led to Sead Kolasinac cutting one back for the Welshman who produced a wonderful save from Matt Ryan.

Arsenal started the second-half with a slightly different setup. Alexis Sanchez and Alex Iwobi pushed far wider and the Chilean especially started receiving more of the ball. It paid dividends for Arsenal within ten minutes of the start of the second 45.

Sanchez received the ball in a tight area on the edge of the box and showed brilliant vision to backheel it through a few defenders and into the path of Iwobi who had drifted in from out wide. The Nigerian steadied himself before unleashing an unstoppable shot past Matt Ryan.

The Gunners just saw the game out in the second-half. The points were assured and both sides seemed to settle for the scoreline.

Cech did okay. He flapped at one corner in the first-half but it almost led to an Arsenal goal.

He played well. Rob Holding’s confidence was shattered earlier in the season but he’s built himself back up in recent weeks. Pleasing stuff from the youngster.

The German put in a good performance for the majority of this match. Shkodran Mustafi was dominant in the air and solid on the ground but seemed to switch off at times late on and it nearly cost the Gunners their clean sheet.

Another excellent performance from Nacho Monreal. The Spaniard got the all important first goal to cap another solid 90 minutes. He has been Arsenal’s best player in the last couple of weeks.

Impressive from the Spaniard. Hector Bellerin is back in form and was a constant threat down the right for Arsenal today. The youngster defended well enough but it was his ability moving forward which shone with some excellent crosses from Bellerin.

The Swiss midfielder put in a good performance. Granit Xhaka saw a lot of the ball as Brighton dropped deep and he did quite a lot with it.

Didn’t see much of it.

Bit of a mixed bag from the Welshman. He had some miscued passes and shots but also some wonderful through balls and wall touches around the box. Aaron Ramsey came close to finding the net towards the end of the first-half, forcing a wonderful save from Matt Ryan.

His movement was good but Sead Kolasinac didn’t see as much of the ball as he has in recent weeks. The Bosnian defended well and provided an option. He was fine. 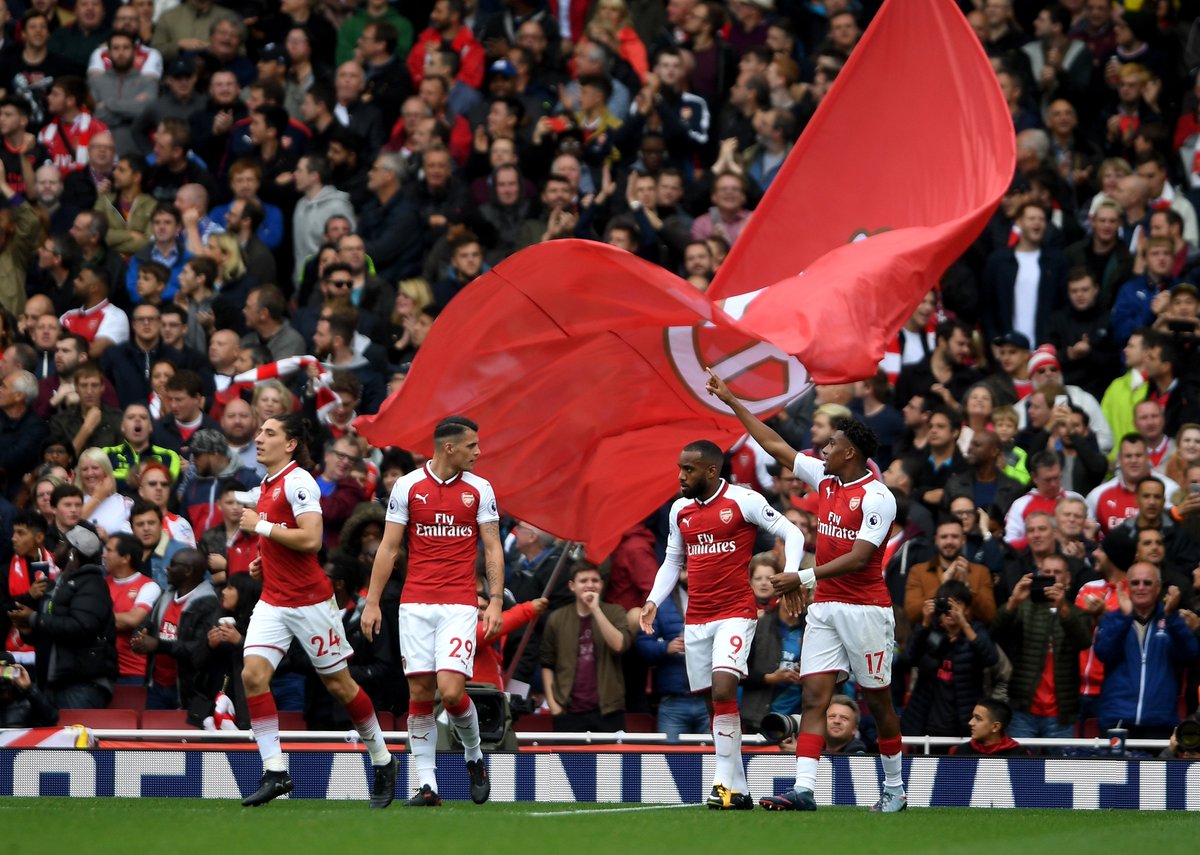 Impressive performance from Alex Iwobi. He filled in for Mesut Ozil and the Gunners didn’t look worse off for it. His linkup play on the edge of the box was excellent for the most part and he capped a fine afternoon with a goal.

Poor decision making from the Englishman. Walcott didn’t see a lot of the ball.

The Chilean was incredibly quiet in the first-half. He was poor by his own high standards but that changed after half-time. Sanchez came alive after the break, setting up Iwobi’s goal and almost grabbing one for himself. 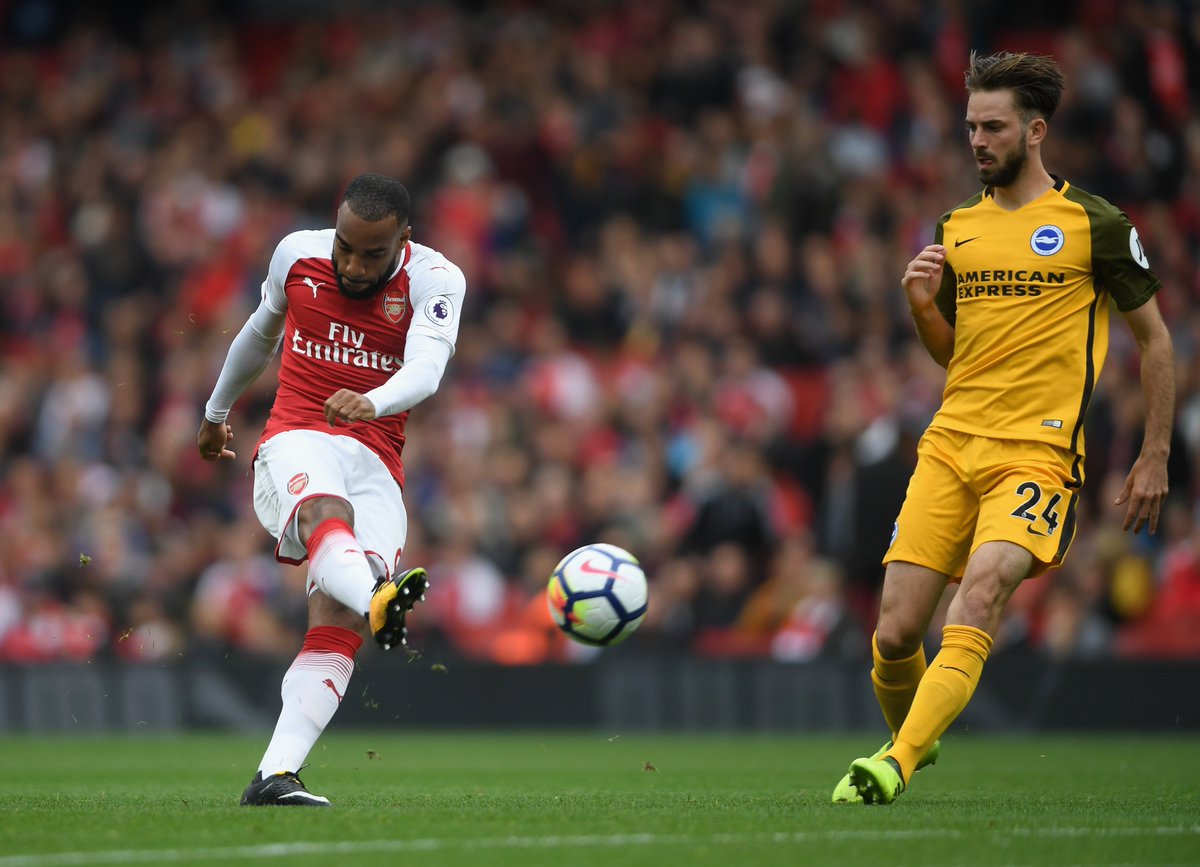 He almost gave Arsenal the best start possible with his half-volley but it proved to be a somewhat frustrating afternoon for Alexandre Lacazette. The Frenchman was on the end of a number of chances but was constantly foiled by the Brighton backline.