It was a poor start for Arsenal. Unai Emery’s side struggled to maintain possession against a highly offensive Everton side.

A pattern emerged as the visitors took advantage of the Gunners’ numerous defensive mistakes. Petr Cech kept the Gunners in the game, producing a string of excellent saves to deny the visitors.

Arsenal created little in the way of opportunities in what was a truly dire performance from the home side. The Emirates crowd grew impatient with a side which looked utterly lacking in a plan or purpose.

That showed few signs of changing even after the half-time break. The match seemed to be petering out for the Gunners but that all changed with one moment.

Aaron Ramsey picked up the ball on the edge of the Everton box and slid it into Alexandre Lacazette’s feet. The Frenchman cut in onto his right foot before curling a wonderful shot into the far top corner.

The Gunners didn’t deserve their lead but extended it just five minutes later. Mesut Ozil burst clear down the right in a 3-on-2 situation in Arsenal’s favour. He squared the ball to Aaron Ramsey but the pass was behind the Welshman who had to flick it into Pierre-Emerick Aubameyang’s path. The Gabon international was offside but Arsenal didn’t mind as he made it 2-0.

The game petered out after the second goal went in. Arsenal controlled possession and restricted their deflated opponents to speculative efforts.

Here’s how we rate the Arsenal players.

Man of the match. Petr Cech made a string of excellent saves to keep Arsenal in the game during that frantic first hour.

Hector Bellerin had a tough afternoon against Richarlison down Everton’s left. The Brazilian had the beating of the Arsenal man at times.

He’s played better this season. Shkodran Mustafi made a couple of defensive errors in the first half but recovered well. 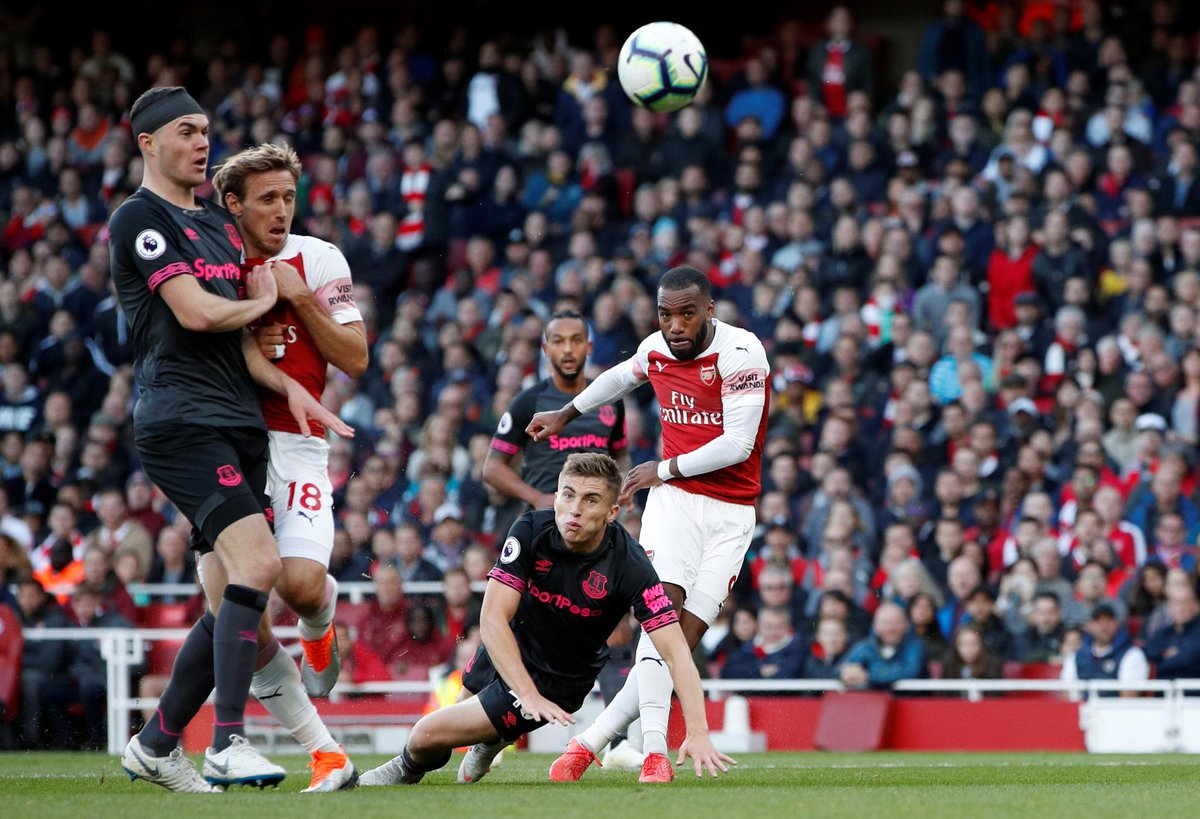 He played well before his injury. Sokratis was typically strong and composed at the back and hopefully, things aren’t too serious for him.

Rob Holding did well after coming on. It’s always difficult for a substitute defender to come into the match and play well but the Englishman did just that.

He was okay. Nacho Monreal was a good option offensively but had a tough match against his former teammate, Theo Walcott.

He played well on his Premier League debut. Lucas Torreira did pick up an early yellow card but showed good discipline not to get a second. He battled and harried in the centre of the park.

He was woeful in the first half especially. Granit Xhaka couldn’t keep possession for his team in an error-strewn performance. The Swiss midfielder did grow into it but by then, the damage was done. 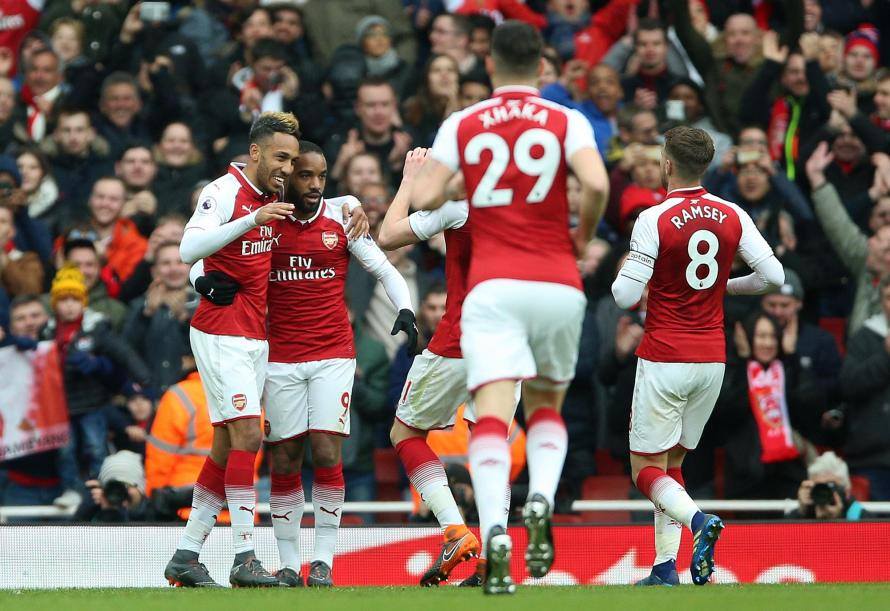 Much like last week, Mesut Ozil put in a poor performance but a few moments of individual brilliance turned the game in Arsenal’s favour.

He grew into this one. Aaron Ramsey was anonymous in the first half but made a big difference in the second. His offensive movement improved drastically after the break and really stretched the Everton backline.

Looked sharp coming off the bench.

He grabbed the important second goal but it was far from Pierre-Emerick Aubameyang’s best Arsenal performance.

Iwobi looked lively but things didn’t quite work out for him. 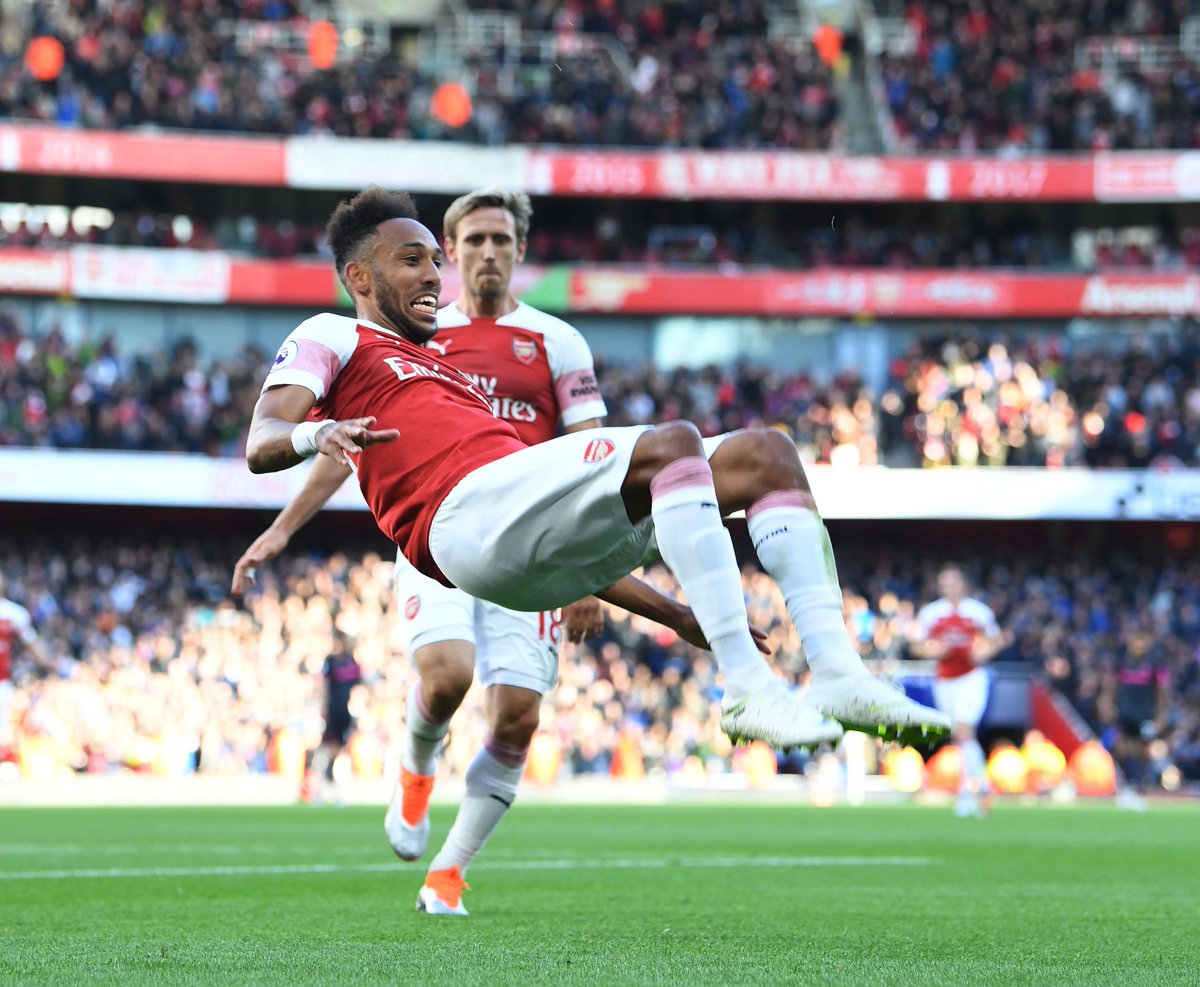 He was probably the best part of Arsenal’s attack. The Frenchman looked livelier than most of his teammates and grabbed that crucial opening goal.