A wonderful first-half performance from Arsenal was enough to secure three massive points in the North London Derby after goals from Shkodran Mustafi and Alexis Sanchez.

Arsenal started the better of the two teams. The Gunners started with a high tempo and the Spurs back three couldn’t handle it. Ozil, Sanchez and Lacazette were real threats and the Frenchman got on the end of a couple of decent chances.

The Gunners really took it to their opponents in the first-half but Spurs threatened. Harry Kane forced a good save from Petr Cech before Christian Eriksen clipped the outside of the post.

That latter chance seemed to be a wake-up call for Arsene Wenger’s men. One lofted free kick from Mesut Ozil found Shkodran Mustafi in the air. The returning defender had a lot to do but planted a wonderful header into the far top corner to open the scoring.

The Emirates was bouncing and the Gunners weren’t done yet. Alexandre Lacazette made a wonderful run into the channel and cut it back for Alexis Sanchez. The Chilean took a touch before hitting the ball high into the roof of Hugo Lloris’ net to make it 2-0.

The Gunners started the second-half with a different attitude. They only needed to manage the game to ensure the three points and that is what they attempted to do.

Arsene Wenger’s men just kept things tight at the back and held onto possession as well as they could. Chances were few and far between for the visitors but the Gunners had opportunities of their own to add a third. Alexis Sanchez continued his lively performance into the closing stages, getting on the end of some incisive counter-attacks.

The Gunners couldn’t add a third but the damage was done.

Petr Cech did enough. The goalkeeper got behind everything he needed to including one impressive save to stop Harry Kane at 0-0.

What a performance from Laurent Koscielny. The Frenchman was almost faultless throughout with strong defending with and without the ball. He played on the front foot as he likes to do and just seemed to read the match better than the Spurs forwards.

Arsenal’s centre-backs have a fine goalscoring record against Spurs and it continued today. Shkodran Mustafi’s header was wonderful and came at a crucial time in the match. The German was solid defensively to cap a fine performance.

He played well. A typically combative and defensively sound performance from Nacho Monreal. He’s in a fine run of form. 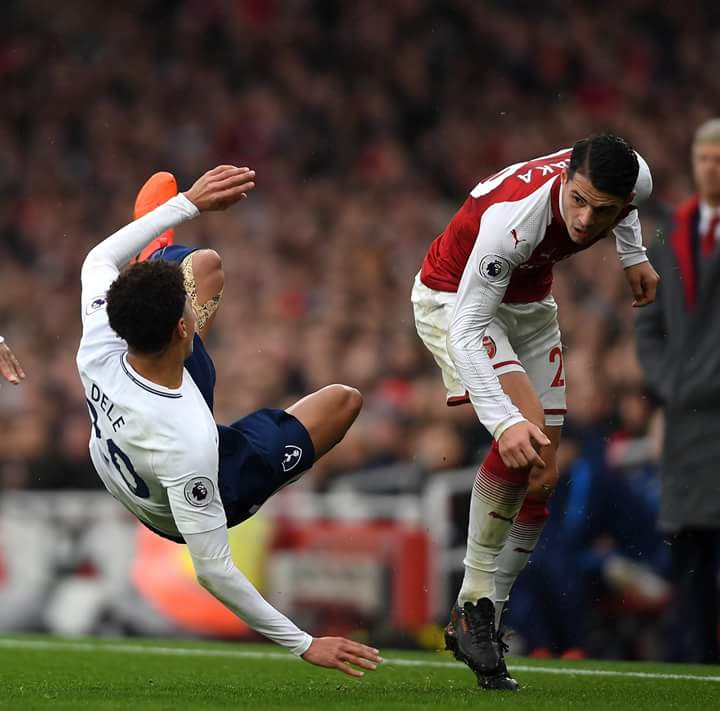 He’s played better. Hector Bellerin found some space but couldn’t do a great deal with it for the most part.

Granit Xhaka was okay. The Swiss midfielder was fine in possession and tracked back well but gave away a couple of sloppy fouls in dangerous positions.

Aaron Ramsey played well. The Welshman’s movement was excellent and a constant threat to the Spurs defence. Unfortunately, the midfielder’s final product wasn’t quite where it needed to be but he did enough. 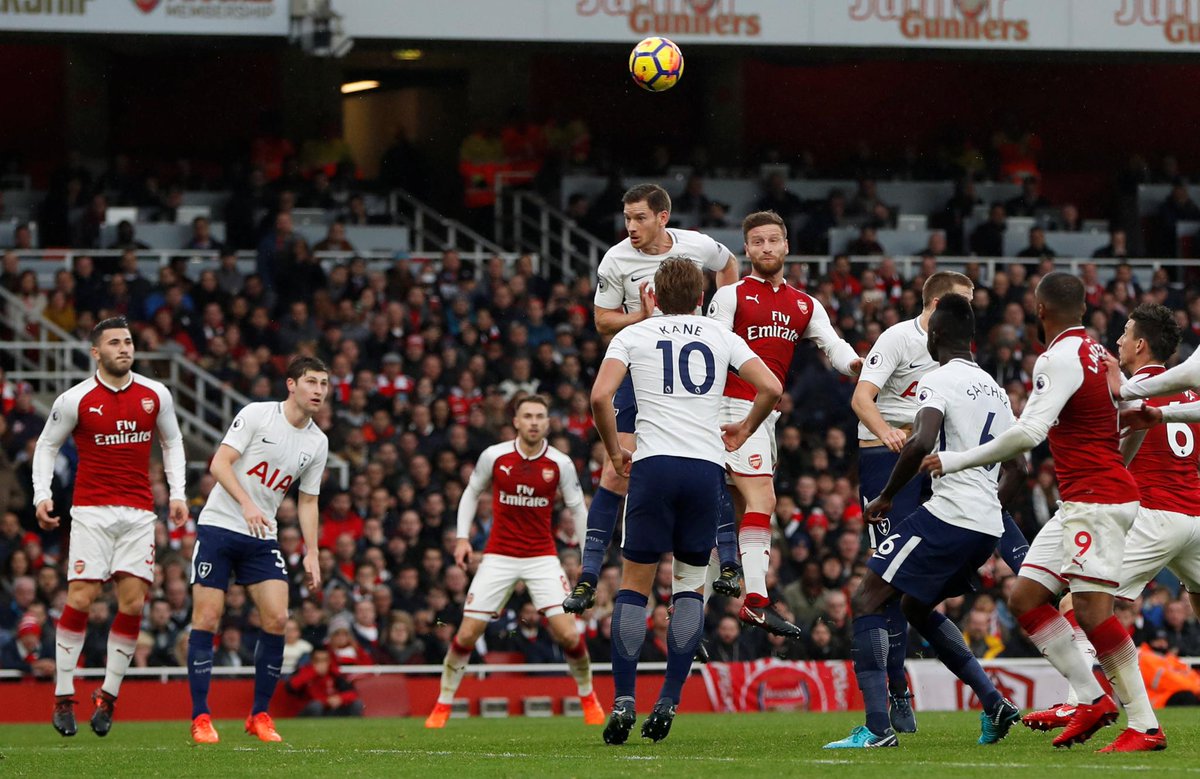 He was okay. Sead Kolasinac was afforded a fair amount of space in the match but elected to keep things tight at the back, rightly so. A sound defensive performance too.

Mesut Ozil did very well. The German saw a lot of the ball and his final pass was typically excellent. He looked up for it and that translated into a crucial assist for the first goal.

A fine performance from Alexis Sanchez. The Chilean is coming close to his best form once again and today is evidence of that. His movement was quality and was simply electric whenever he picked up the ball.

A fine performance from Alexandre Lacazette. The Frenchman may not have found the net but he played very well. This match highlighted the strengths of the former Lyon man with his wonderful off the ball movement stretching the Spurs backline.