Arsenal grabbed two late goals to secure their seventh successive win against a Watford side which dominated the match.

It was always going to be a tough match against this physical, high-flying Watford team. The first twenty minutes of the match was evidence of this in what was an open match. Both teams had chances of scoring but the visitors certainly had the better of it in the early exchanges.

That changed as the match went on and the best chances fell to Alexandre Lacazette at the other end. The Frenchman scuffed his attempted chipped finish when one-on-one with Watford’s Ben Foster shortly after going down in the box in an incident which replays showed should have been a penalty.

There was another major incident late on in the half when Petr Cech went down clutching his hamstring. It looked like a clear muscle strain for the Gunners’ keeper and Bernd Leno was hurriedly brought on.

The visitors seemed to dominate the game after the break. Watford created chance after chance but either couldn’t find a way past Bernd Leno or couldn’t get them on target. There was always the feeling that Arsenal would get chances at the other end and with just ten minutes left in the match, that proved accurate.

Substitute Alex Iwobi was brought on to stretch the Watford backline and he did just that down the Gunners’ right flank. The Nigerian international put in a fine cross for Alexandre Lacazette but it was Watford’s Craig Cathcart who got the final touch as the ball found the back of the net.

Watford were shocked and Arsenal took advantage less than five minutes later. Lacazette again was at the centre of things as he burst forward down the right and squared a fine ball for Mesut Ozil. The German burst past his marker and found the bottom corner to make the game safe.

No complaints about Petr Cech in his brief performance. The Czech stopper was playing relatively well and it was a shame to see him go off.

Bernd Leno played well on his Premier League debut. The German had one sticky moment where he flapped at a cross but aside from that, he was solid.

He looked a little exposed at times defensively. Hector Bellerin didn’t have the best match of his Arsenal career. 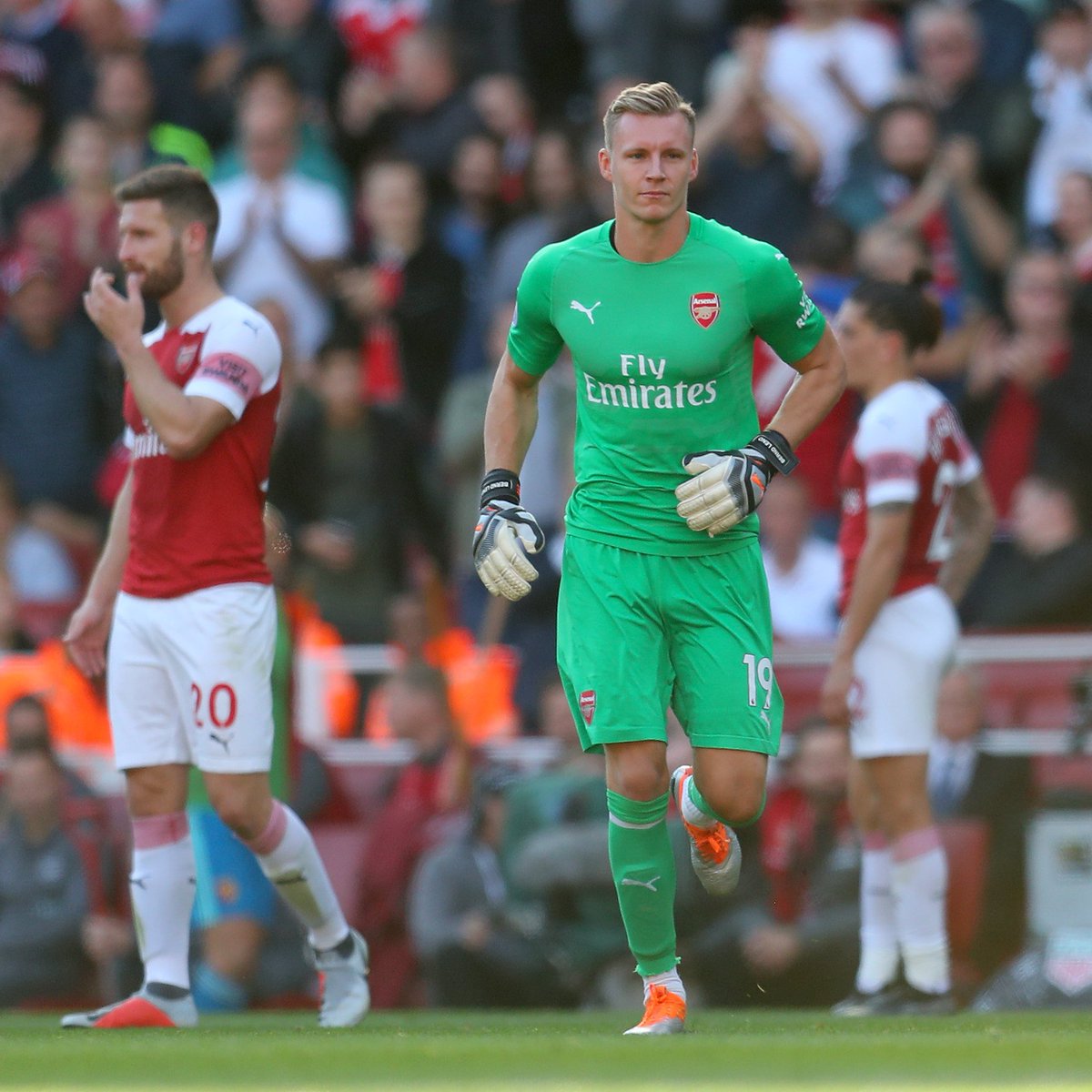 He was okay. Shkodran Mustafi was solid enough but conceded a few too many free-kicks. The German made some silly challenges which only invited the opponents.

Rob Holding played well filling in for Sokratis for the most part. The Englishman was solid for the first hour or so of the match but look a little shaky in the final stages of the match.

It wasn’t his best performance in recent weeks. Nacho Monreal was a little stretched at the back and offered very little in attack. The Spaniard’s final ball was far from his usual standards.

He was okay. Lucas Torreira did well enough in the middle of the park without possession. 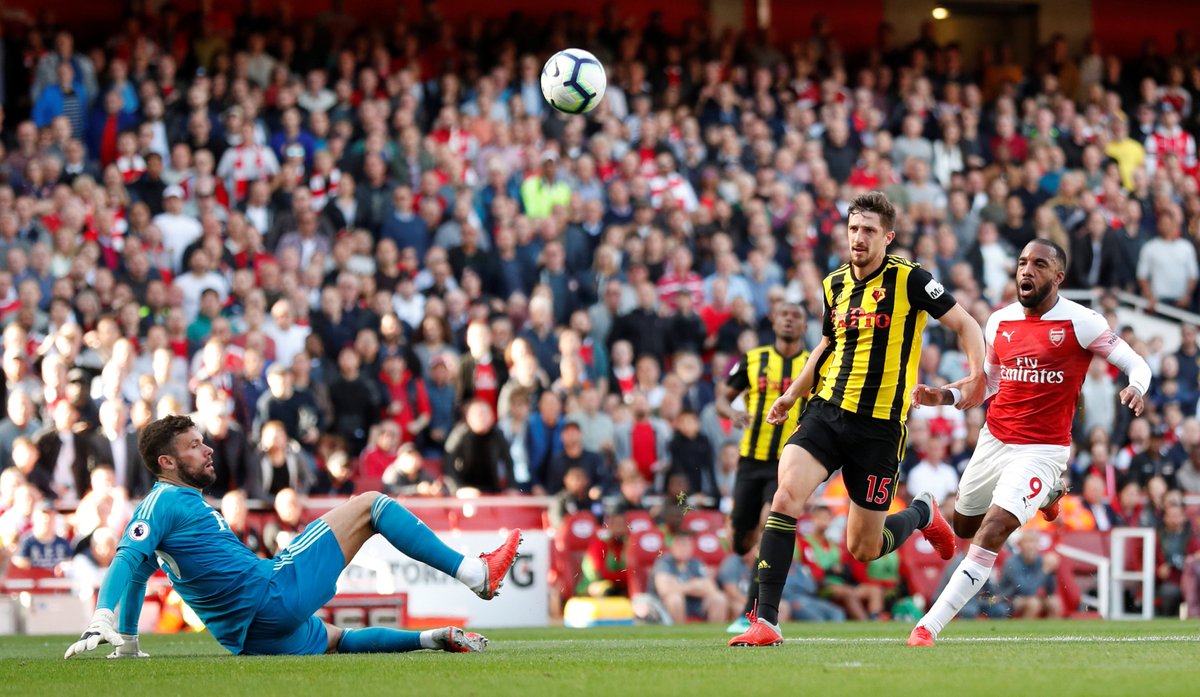 Granit Xhaka played well. The Swiss midfielder put in an impressive performance in midfield, particularly in possession. Xhaka was probably the best player in an Arsenal shirt today.

Much like his performance last week, Mesut Ozil didn’t see a great deal of possession during the match but stepped up in the crucial moments. The German playmaker became goalscorer, racing onto the end of a fine pass from Alexandre Lacazette.

A quiet afternoon for Aaron Ramsey. The Welshman couldn’t find much possession in a congested midfield.

He made an impact. Alex Iwobi stretched the Watford backline extremely well and made the difference. He deserves a starting spot in the Premier League after this match.

A quiet one for Pierre-Emerick Aubameyang. The Gabon international couldn’t really get into the match from open play and certainly not in goalscoring positions.

A quiet one from Danny Welbeck. He stretched the Watford backline well enough but didn’t see much of the ball. 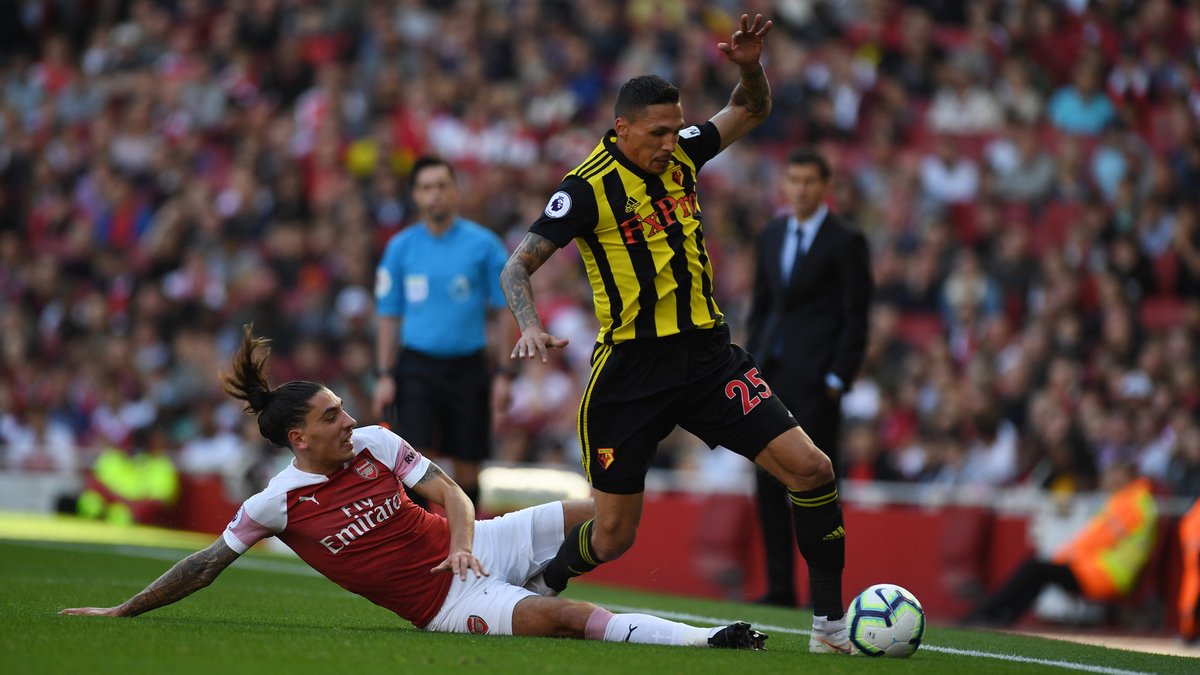 He was perhaps the worst player on the pitch for the first hour byt Alexabdre Lacazette really stepped it up in the closing stages. The Frenchman had a hand in both of Arsenal’s goals and made the difference today.

Dani Ceballos’ one word response to ‘bust up’ with Arsenal teammate