Arsenal survived a late scare but progressed to the next round of the Carabao Cup after a 2-1 win over Blackpool at the Emirates.

Upsets aren’t uncommon in English domestic cups but that didn’t look likely this evening. Much of the early exchanges were spent with Arsenal controlling possession inside Blackpool’s half without really threatening the goal.

That trend continued through the first half as this much-changed Gunners team attempted to find some form of cohesion. Finally, that came in the closing stages of the half.

The impressive Matteo Guendouzi picked up the ball 35 yards from goal and had time to pick a pass. He delayed before chipping one through and into the box just in time for the onrushing Stephan Lichtsteiner. The Swiss defender ghosted in and stretched to steer the ball into the bottom corner.

Arsenal’s dominance continued after the break and they didn’t have to wait long to grab their second goal. Carl Jenkinson made a speedy overlap down the left for the Gunners and his cross-shot was parried away by the goalkeeper. The ball didn’t make it very far and Emile Smith Rowe burst onto the chance, volleying his shot into the floor and into the back of the net.

That should have been that for Arsenal but it wasn’t to be. Matteo Guendouzi was already on a yellow card when he made a professional foul just before the hour mark. The referee didn’t hesitate in reaching for a second yellow and eventually, a red.

The game switched on its head as Blackpool started to dominate possession. The Gunners couldn’t seem to get out of their own half and soon after, the visitors grabbed a goal. Paudie O’Connor was left unmarked from a corner and the centre-back made no mistake in finding the far corner of the goal.

Just moments later and Blackpool had the ball in the net yet again. Petr Cech lost possession in his own box as Nathan Delfouneso hit it into an empty net. Fortunately for the Gunners, the former Aston Villa striker was offside and the goal didn’t stand.

Unai Emery took steps to close off the game in the final twenty minutes and thankfully, the Gunners did just that as they progressed to the next round of the Carabao Cup.

Petr Cech didn’t have a great deal to do with his hands and was more than a little uncomfortable with the ball at his feet. The Czech stopper was very fortunate not to gift Blackpool a goal which capped a disappointing return to the starting lineup.

Stephan Lichtsteiner played well. The Swiss defender grabbed his first goal for the club and looked up for it all night.

He was fine. Shkodran Mustafi had a couple of shaky moments, particularly in the first half but grew into it. He was impressive on the ball. 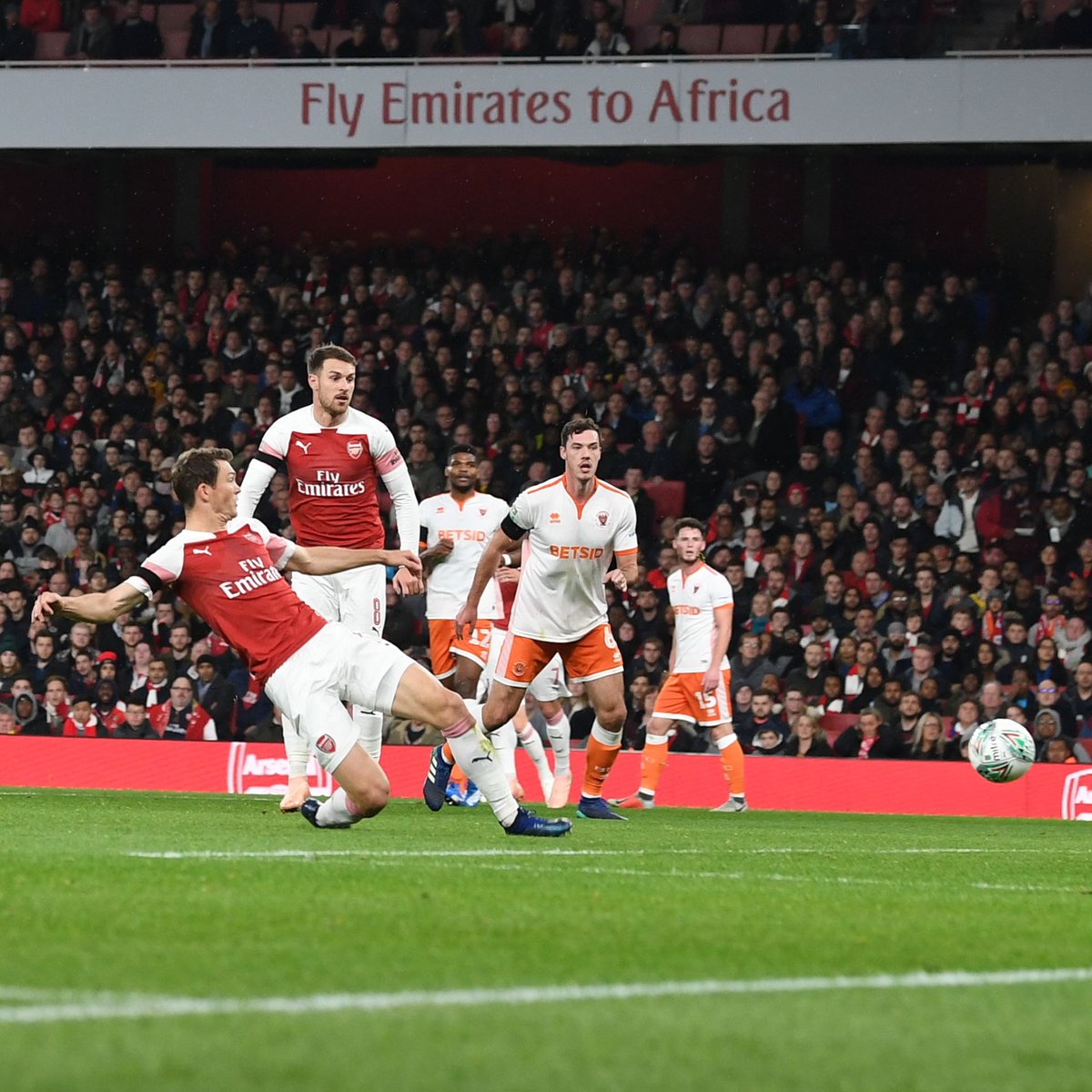 It was an impressive first appearance from Julio Plegezuelo. The young Spaniard covered well down the left flank and showcased a good passing range with the ball.

He was impressive down the left. Carl Jenkinson hasn’t played for Arsenal for almost two years but didn’t look out of place in this team.

He played well before being sent off for a second bookable offence. Matteo Guendouzi moved the ball well and played a wonderful pass for the opening goal.

He struggled at times this evening. Aaron Ramsey just couldn’t find his place in this game in this new deeper position for him and will go away frustrated. 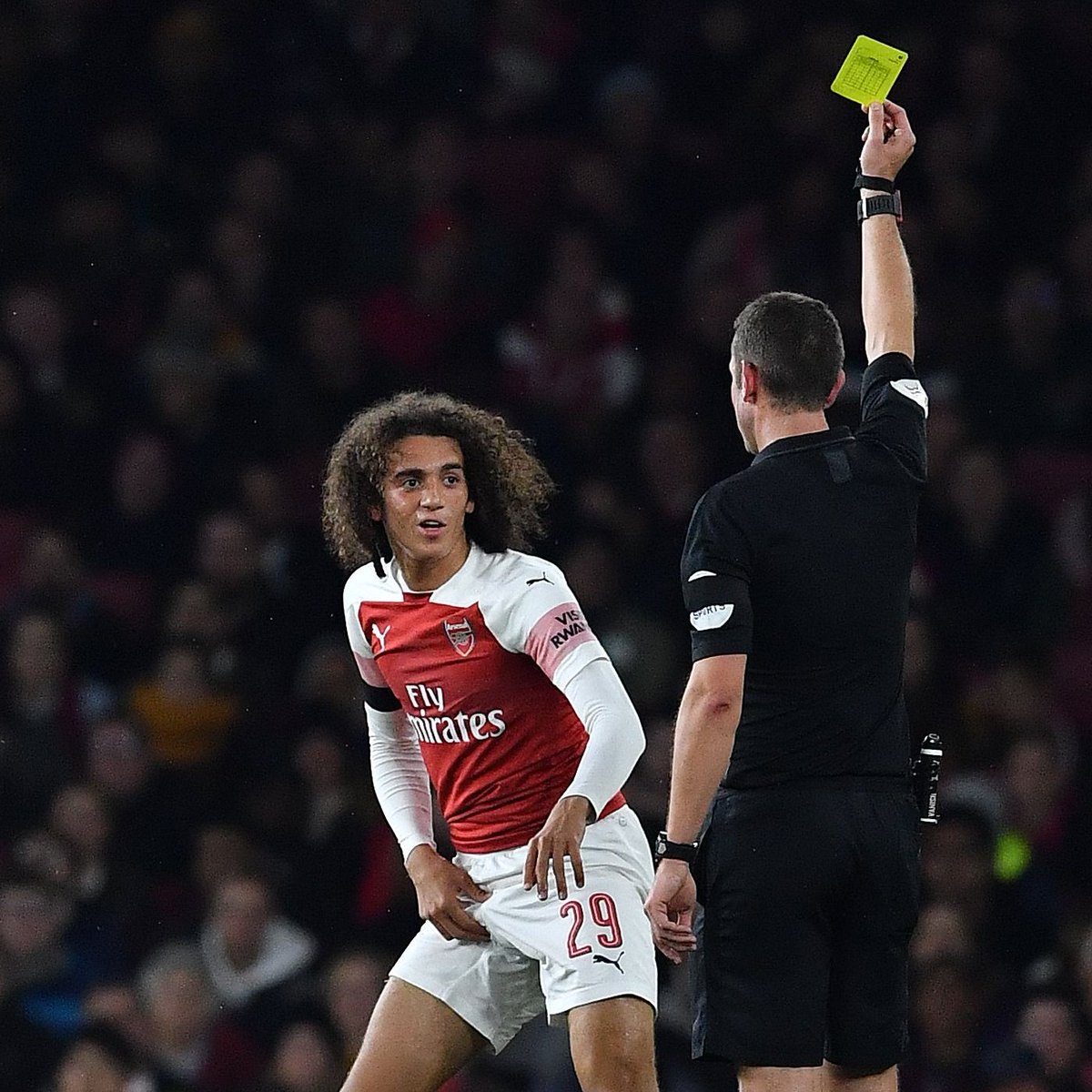 Another impressive display from the youngster. Emile Smith Rowe capped a solid performance with his first goal at the Emirates for the first-team.

He was fine. Alex Iwobi help steady the match for Arsenal.

A few signs of rust from Ainsley Maitland-Niles on his return to the first-team. The midfielder was operating in a far more advanced role than usual this evening and is clearly short of fitness, understandably so.

Lucas Torreira struggled to make an impact this evening.

Henrikh Mkhitaryan played well. The Armenian was one of Arsenal’s better-performing players 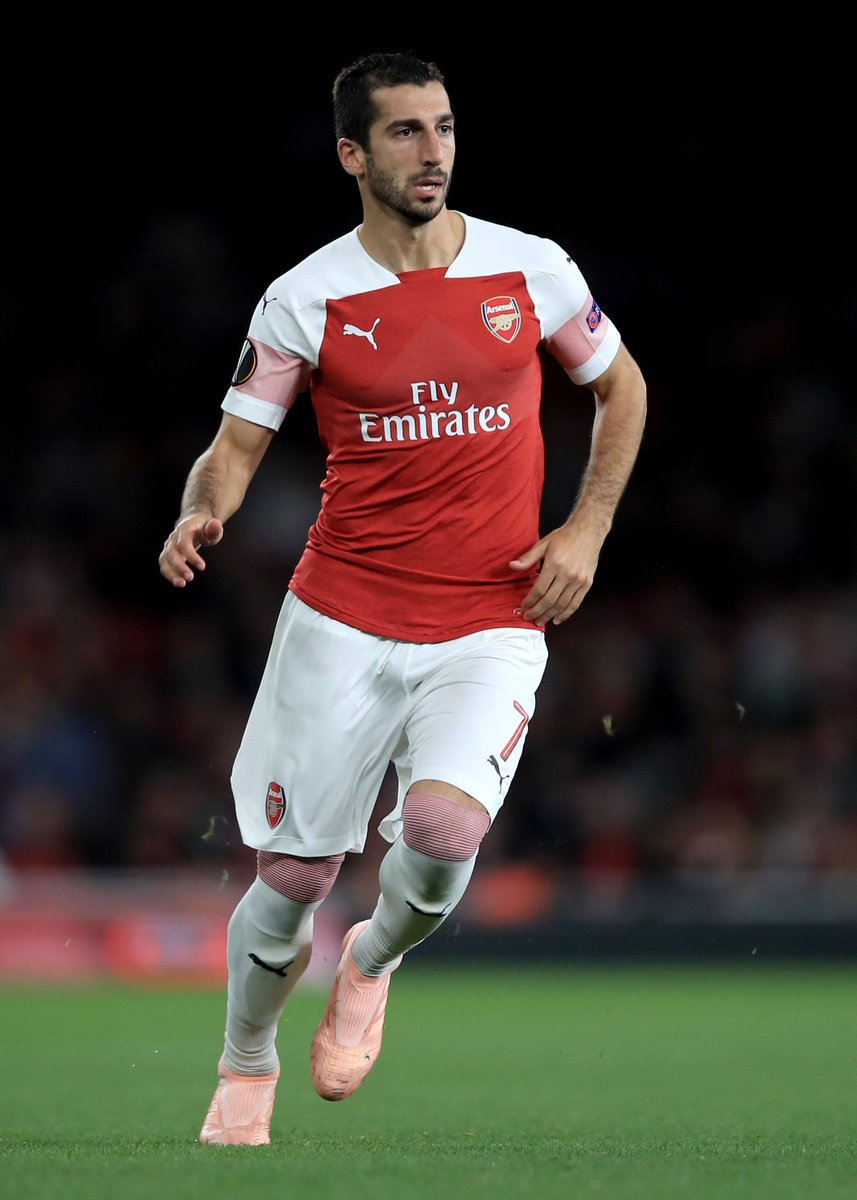 Danny Welbeck barely made an impact on the match. The Englishman couldn’t find the ball in the right areas to threaten the Blackpool backline.

He was fine. Pierre-Emerick Aubameyang looked lively, if a little off.