Hector Bellerin scored a 92nd-minute equaliser as Chelsea and Arsenal drew 2-2 in a wonderful match at the Emirates Stadium.

After a slow start, this game really opened up in the first-half. After a cagey first ten minutes, both teams seemed to realise that the other had defensive weaknesses.

Calum Chambers had a tough opening quarter of this match and the Blues very nearly profited. Alvaro Morata was left with a very clear one-on-one opportunity after a mixup between the Englishman and Shkodran Mustafi but Morata put it well wide of the target.

But Arsenal hit back and started to dominate the match. Alexis Sanchez came about as close to scoring as anyone possibly can when his shot rebounded off the inside of both posts before falling into the hands of Thibaut Courtois.

The Gunners continued to craft opportunities of their own. Mesut Ozil and later Alexandre Lacazette came close to finding the back of the net but it remained 0-0 at the break.

The visitors grew into the match after the break. Chances started to open up for the visitors but Petr Cech denied Eden Hazard, Tiemoue Bakayoko and Cesc Fabregas.

However, it was the home side which found the net first. Mesut Ozil found Rob Holding on the edge of the box and the centre-back showed great composure to slip a through ball in the channel. It took a deflection off Alvaro Morata and fell straight into the path of Jack Wilshere who slammed the ball into the top corner.

But Chelsea hit back. The Champions pushed down the Arsenal right and gave the Gunners an awful feeling of de ja vu. Eden Hazard went down from a Hector Bellerin challenge and the referee pointed straight to the spot, allowing the Belgian to equalise.

Chelsea pushed on and in a game laden with defensive errors, a couple of them settled the match. Ainsley Maitland-Niles afforded David Zappacosta too much space out wide and one Chelsea full-back crossed in for the other. Shkodran Mustafi had lost track of Marcos Alonso’s run and the Spaniard cut across him to score.

But things weren’t over yet. A few defensive errors at the other end afforded Arsenal one last chance in extra-time. It fell to Hector Bellerin but the Spaniard did tremendously well to find the back of the net with a half-volley to make it 2-2.

Davide Zappacosta hit the crossbar less than a minute later but it wasn’t to be in what was a wonderful football match.

He put in a very good performance against his former club this evening. Petr Cech made a number of hugely impressive saves over the course of the night and was unfortunate to concede in the manner he did. 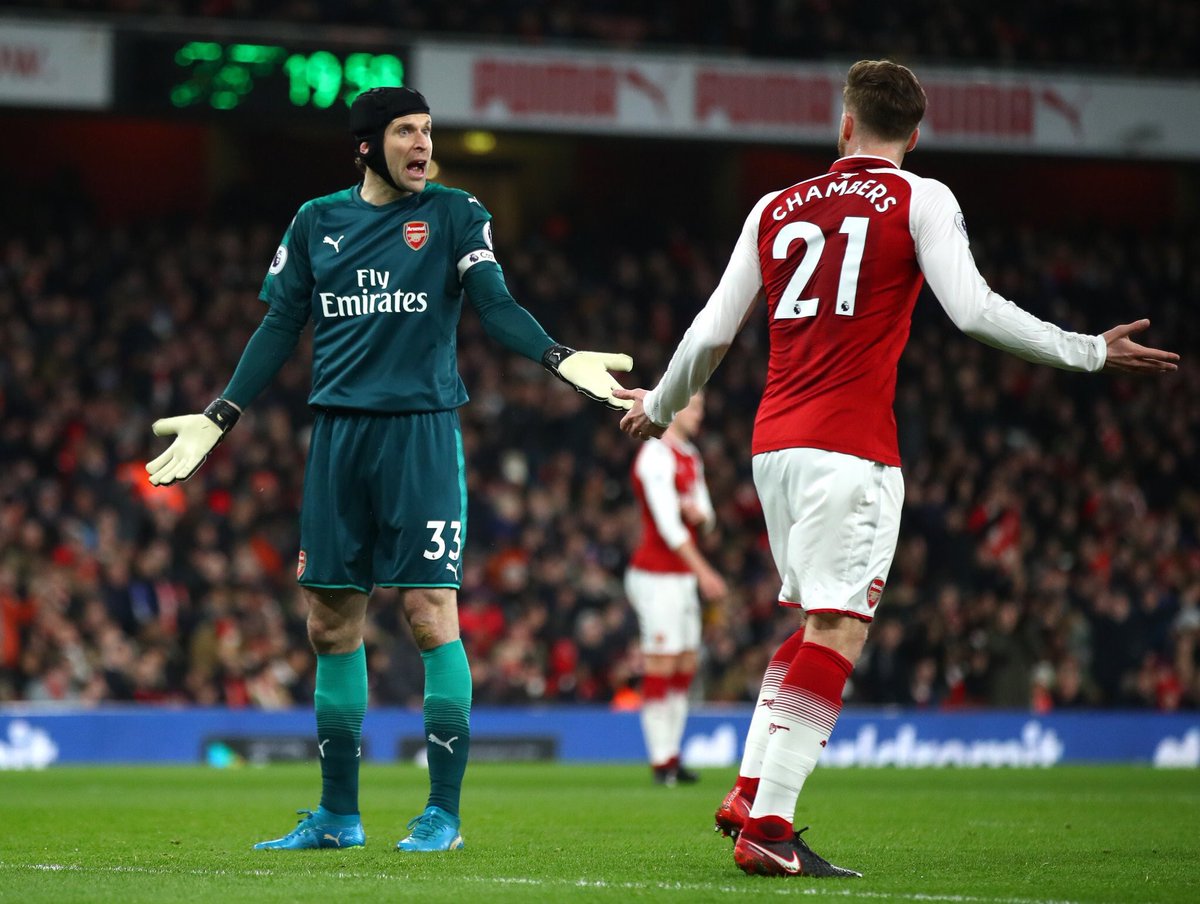 He’s played well in recent weeks but Calum Chambers had a tough evening. The Englishman looked like a play completely without confidence in the early parts of the match but did recover.

He was just as Calum Chambers at times this evening but Shkodran Mustafi was fine for the majority of the match but a lapse of concentration cost Arsenal three points here.

He was the most impressive member of the back three. Rob Holding did well for most of this one. 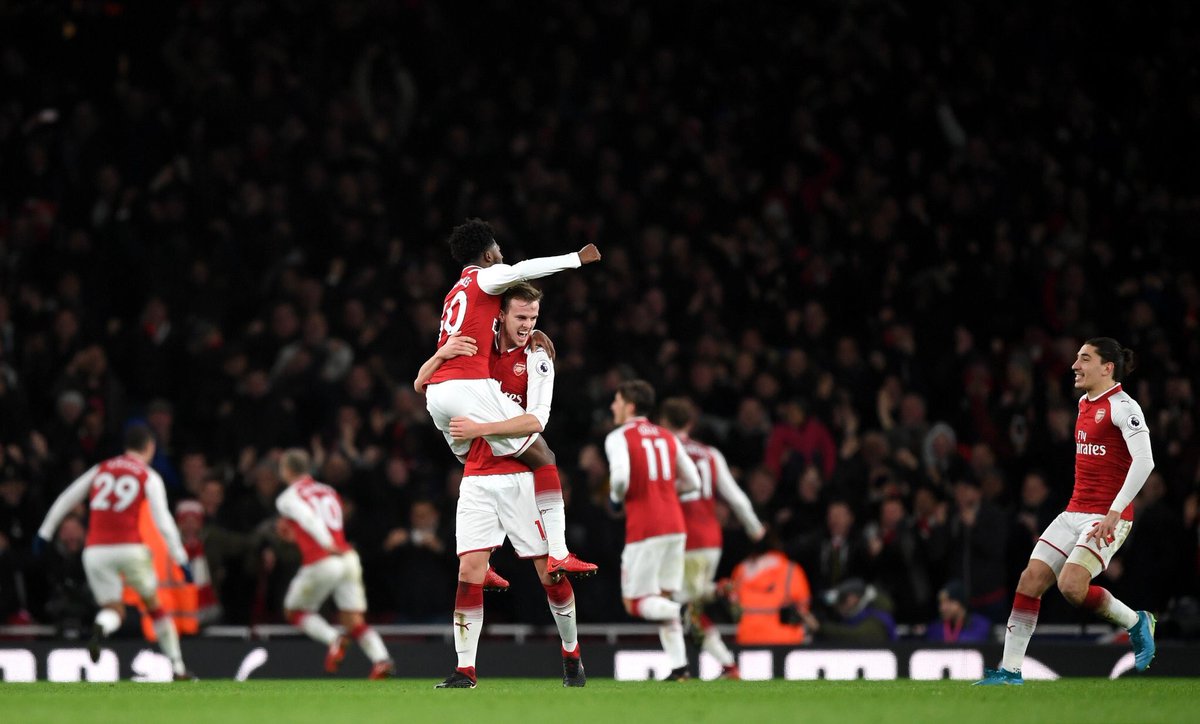 He’ll remember this match for the penalty he conceded to make it 1-1 and while the decision was harsh, it was Hector Bellerin’s error. The Spaniard didn’t play particularly well but popped up with a wonderful equalising goal late on.

He did well. Granit Xhaka has upped his performance levels in recent weeks and can be pleased with his efforts this evening.

A fine performance from Jack Wilshere this evening. The midfielder burst forward well with the ball and grabbed his first Premier League goal since 2015. A big performance in a big match from Wilshere who has now played 90 minutes in six consecutive Premier League matches. 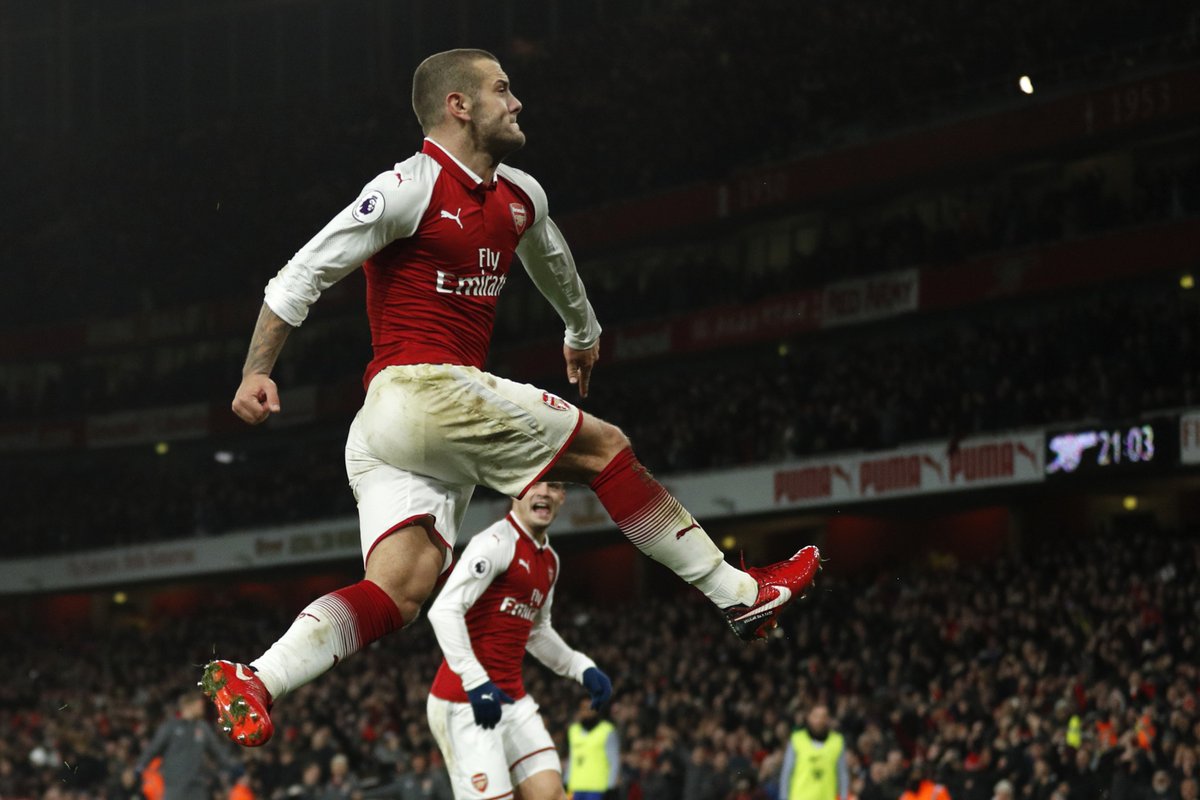 A hugely impressive performance from Ainsley Maitland-Niles. The youngster just looks so comfortable on the Emirates pitch and in the Gunners’ first-team. He attacked well down the left flank and was a constant threat moving forward.

A brilliant performance from Mesut Ozil. The German was the best player on the pitch for much of this match as he glided along the pitch. He was afforded far too much space by the Chelsea midfielders but Ozil took advantage and pulled the strings despite barely training in the last fortnight.

He did okay. Alexis Sanchez looked sharp but his final pass just let him down this evening.

It was a case of everything but a goal for Alexandre Lacazette this evening. The Frenchman moved well, passed well and looked incredibly sharp in the box. Unfortunately, he came up against an inspired Thibaut Courtois in the Chelsea goal.

Things didn’t quite work out for him.