Arsenal beat AFC Bournemouth 3-0 at the Emirates thanks to goals from Alexandre Lacazette and a double from Danny Welbeck.

It was an interesting lineup choice from Arsene Wenge who elected to leave Alexis Sanchez on the bench. That didn’t seem to hurt the Gunners who started the first-half well. Good work from Aaron Ramsey in the middle and Sead Kolasinac on the left led to a decent crossing opportunity for the new signing. Kolasinac swung it in for Danny Welbeck who steered it into the corner with his head just on the six-minute mark.

The Gunners kept up the pressure. Mesut Özil came close from a free-kick before Granit Xhaka fired over. The warning signs were there for Bournemouth and they eventually caved. One cutting through ball from Özil found Danny Welbeck who slid it into Alexandre Lacazette. The Frenchman controlled, steadied himself and unleashed an unstoppable curling effort into Begovic’s top corner.

2-0 Arsenal at half-time and few could argue it was undeserved. The Gunners started the second 45 minutes a little sloppily and after keeping Jermain Defoe marked out of the match in the first-half, that good work was almost undone in an instant. The Englishman found space in the Gunners box and planted a header onto the post.

The Gunners need to wake up but it didn’t take them long to do just that. Alexandre Lacazette won the ball back in the Bournemouth half and found Aaron Ramsey to stride forward. The Welshman played in Danny Welbeck on the left flank and the Englishman finished brilliantly to get his second and Arsenal’s third.

Bournemouth grew into the game slightly in the phases which followed but rarely threatened the Arsenal goal. Wenger eventually made his subs and brought Alexis Sanchez for his first Emirates appearance of the season.

A very quiet match from Petr Cech. He saved the one or two chances which found their way to him which is all that can be expected.

Laurent Koscielny did well. He’ll have tougher matches this season but he did everything expected of him.

He was fine. Shkodran Mustafi looked composed and focussed which is good considering the rumours linking him with a move away from the club.

He was okay. Solid performance at the back from Nacho Monreal. 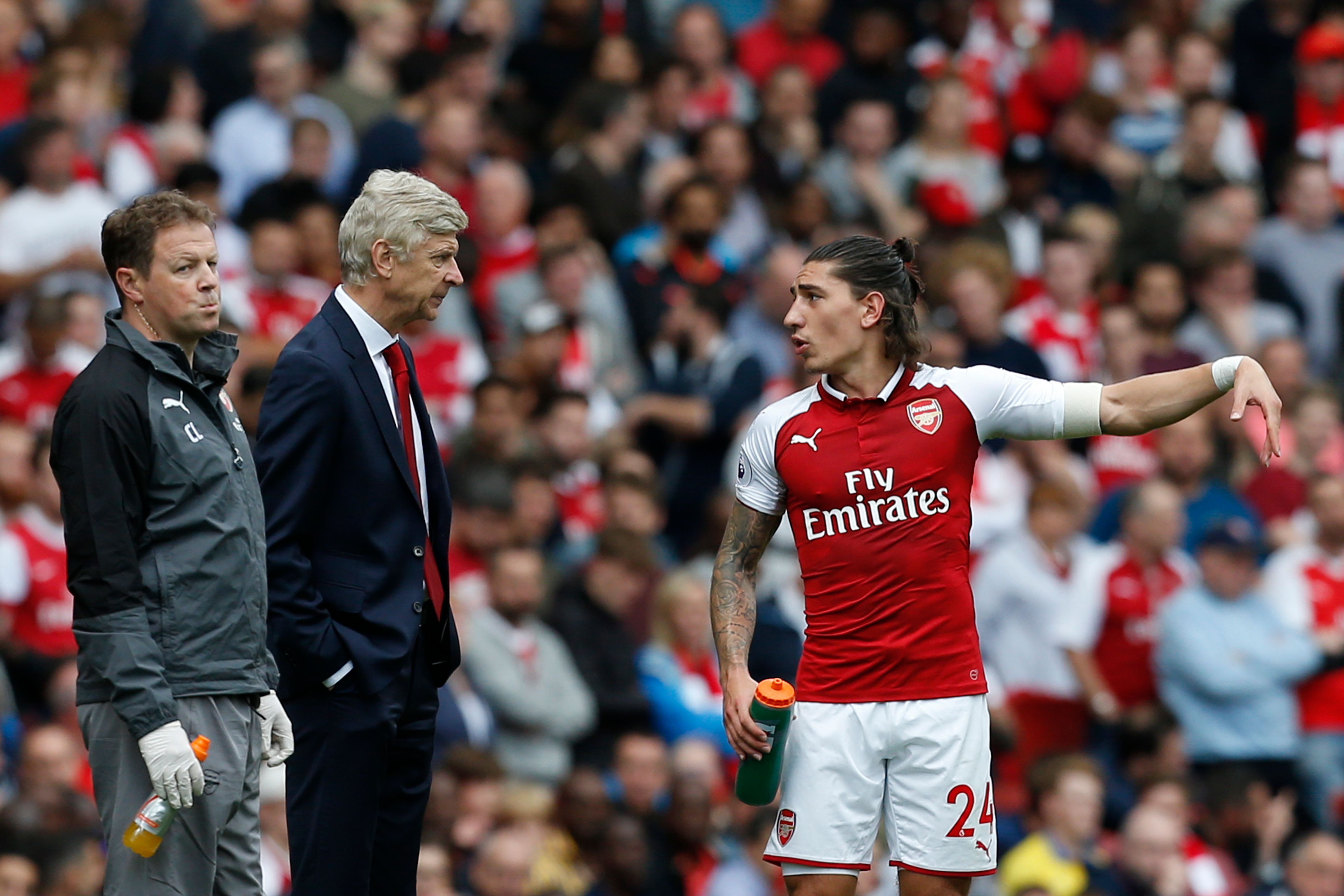 He did okay. Hector Bellerin was solid on the Arsenal right flank but doesn’t seem to carry the attacking threat he once did.

A solid performance from Granit Xhaka. The Swiss midfielder just had to sit back and let Aaron Ramsey get on with running the show which he did. He was good in possession and disciplined out of it.

Excellent performance from Aaron Ramsey. The Welshman bounced back from his Anfield horror show with a commanding display in the Arsenal midfield.

Picked up an injury which may be troubling for Arsenal.

He played very well on the left flank. It’s very clear that left wing-back is Sead Kolasinac’s best position as he was strong in the tackle and a huge threat moving forward. A fine performance.

He’s another man who responded. Mesut Özil was excellent this afternoon. He was masterful in midfield and controlled possession. His passing was crisp and he was constantly moving into the right spots to help his teammates.

Excellent performance from Danny Welbeck. The Englishman took his goals extremely well and after this performance is really challenging Alexis Sanchez for that starting spot on the left-wing.

He tried hard to make an impression but things didn’t really come off for Alexis Sanchez. 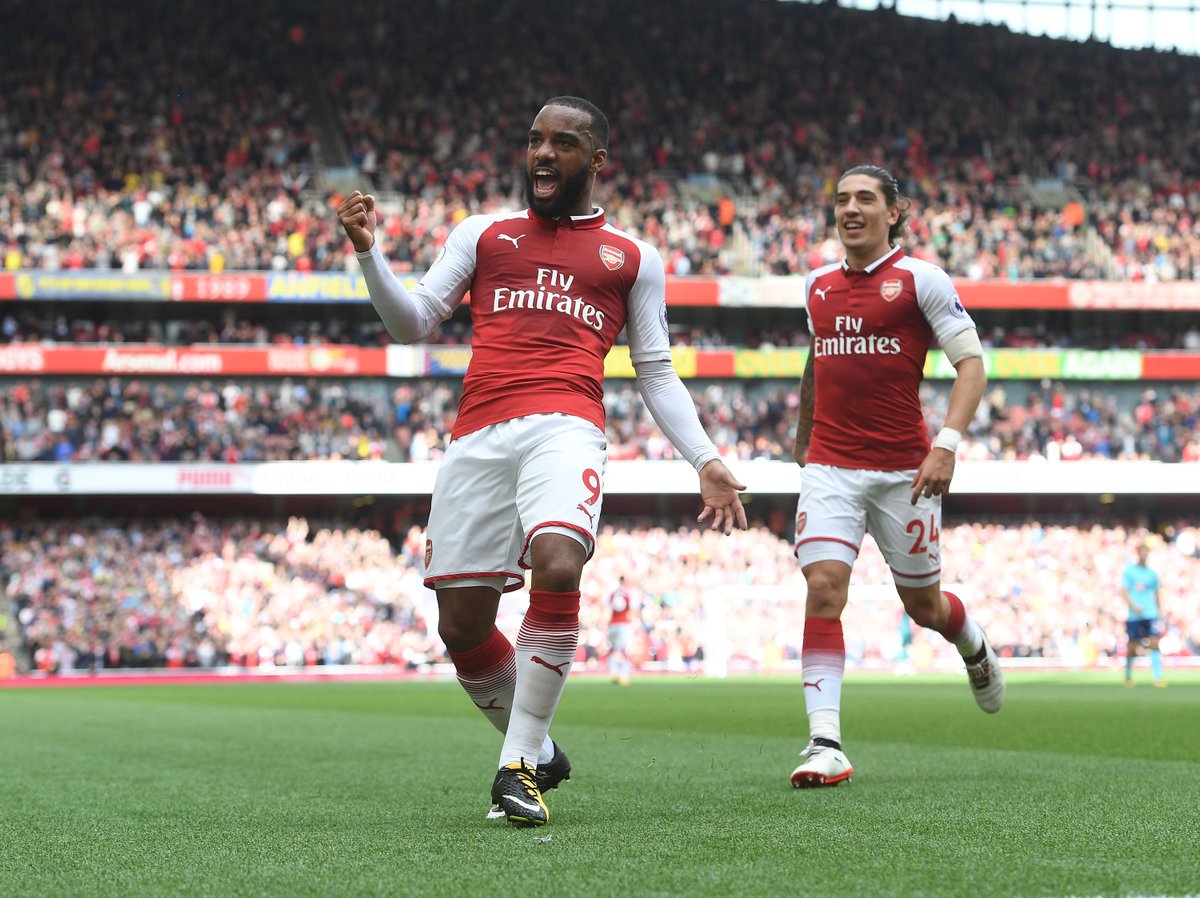